In the days leading up to the university’s 2022 commencement ceremonies, venues are prepared by Elon contractors, staff 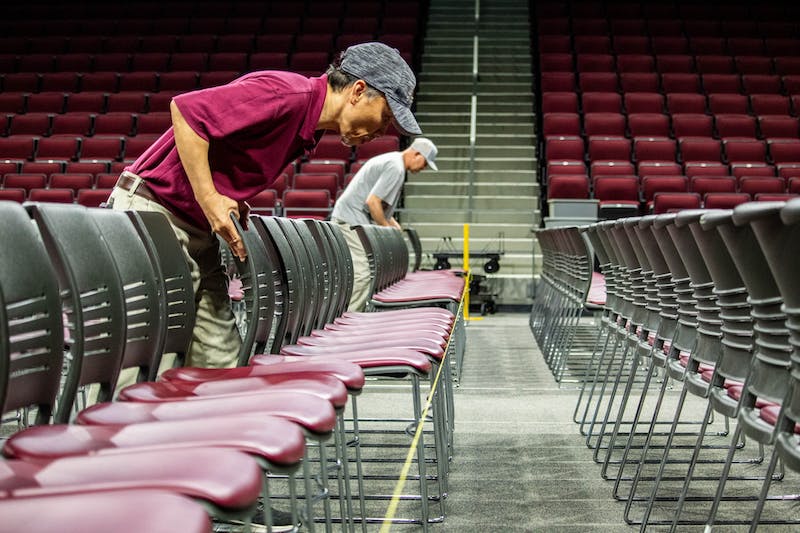 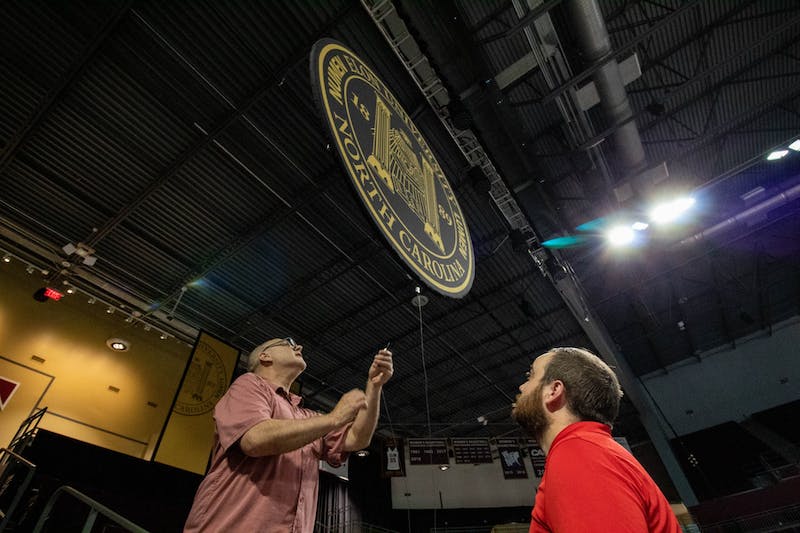 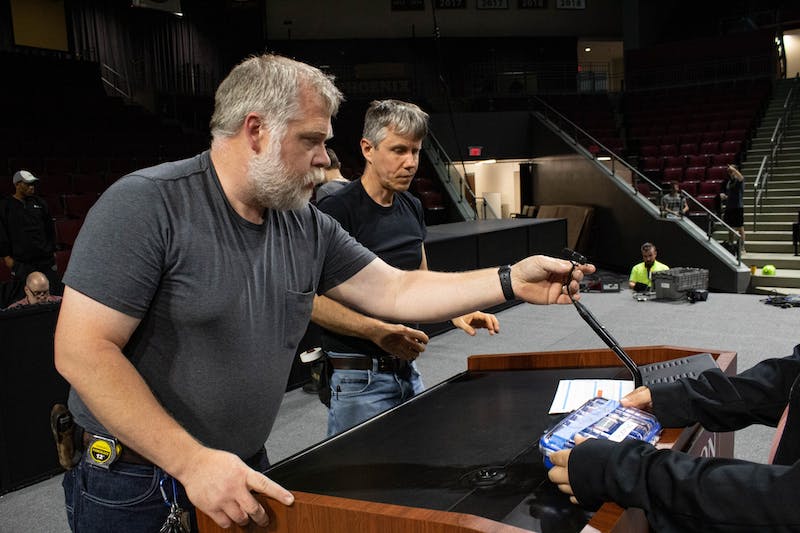 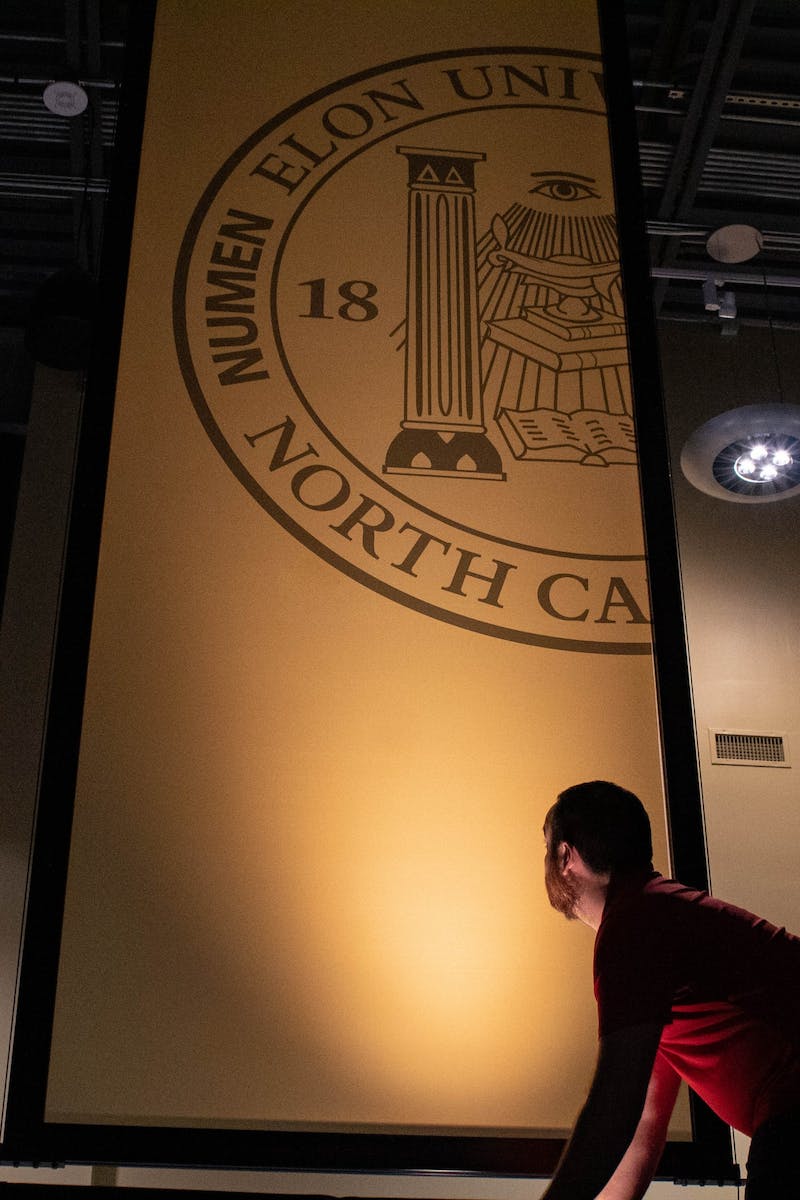 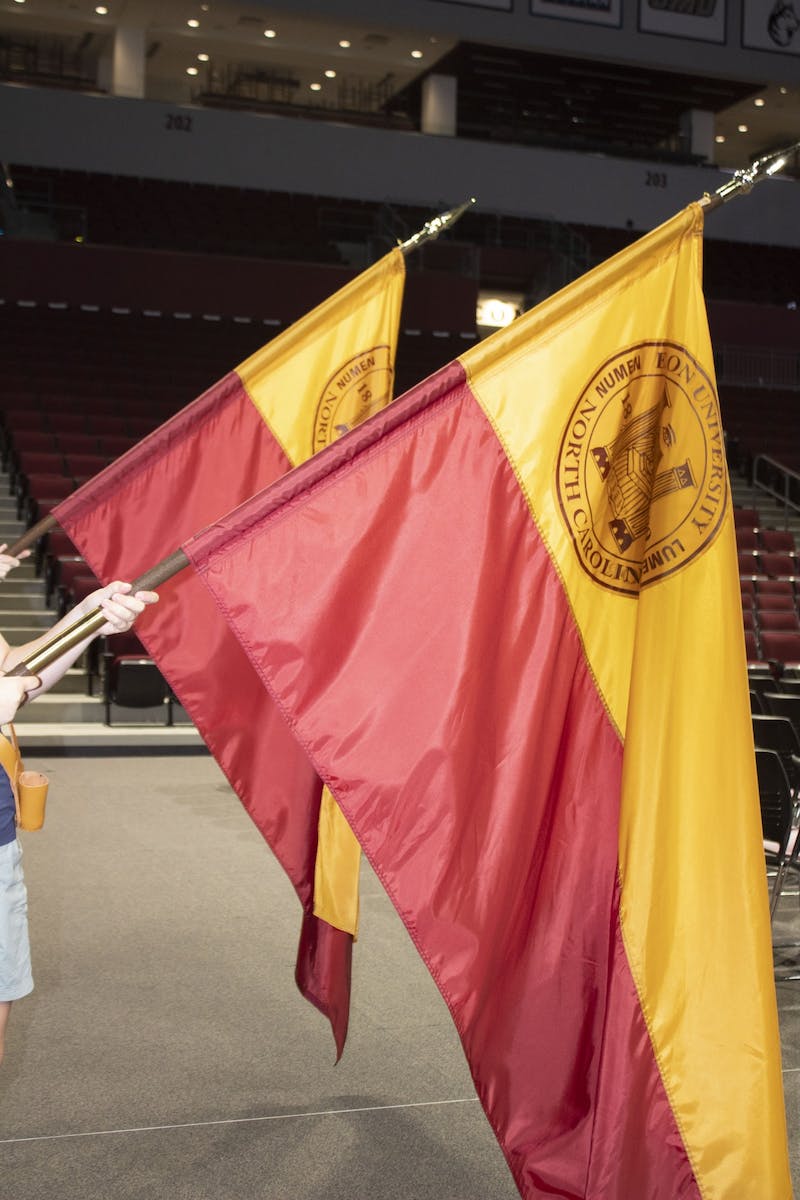 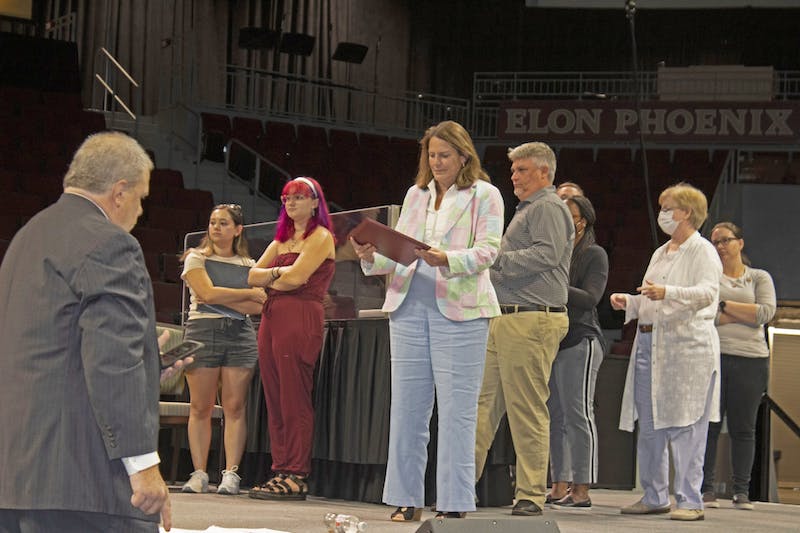 During the week prior to the both undergraduate and graduate commencement ceremonies, contractors and staff from Elon University prepared numerous venues for ceremonies.

A majority of the preparations inside Elon University’s Schar Center, the venue for the undergraduate graduation ceremony, began on Friday, May 13.

Headed by Rick Earl, production manager for cultural and special programs, facilities management staff first set up controls for the Whitley Auditorium organ inside Schar Center. During the graduation ceremony, the organ will be played from inside Whitley, and the live sound will be piped into Schar.

“We set up that and tested that Friday, set up the audio on Friday, and we did some preliminary coordination of our wireless frequencies,” Earl said.

“You’re out of the elements, so that it’s different that way,” Earl said. “We’ve been using the Whitley organ since it was put in. And when you’re at Whitley, it’s literally running a cable out of the window and over to the stage. Well, obviously, we can’t do that, so it’s a little bit more complicated.”

Setup inside Alumni Gym for the graduate-level commencement ceremony was completed prior to the work inside Schar Center.

On Monday, May 16, additional preparations inside the Schar Center began at 9 a.m. with the laying of carpet, which covered the court used for basketball and volleyball games. This was followed by the installation of a truss structure to hold lighting equipment.

Construction then began on the temporary stage inside Schar Center with an audio installation behind it. In the afternoon, the lectern was installed atop the stage, and seating was then placed on what is usually the basketball court.

During the undergraduate commencement ceremony, a small control room inside Schar Center called the broadcast control room will serve as the nerve center for the ceremony. A live stream of the ceremony will be available on the university’s website, as well as a Spanish language translation broadcast of the event.

“We have all this stuff tied together, and it all works,” Earl said. “That’s what’s kind of fun – we’re truly a campus wide event.”