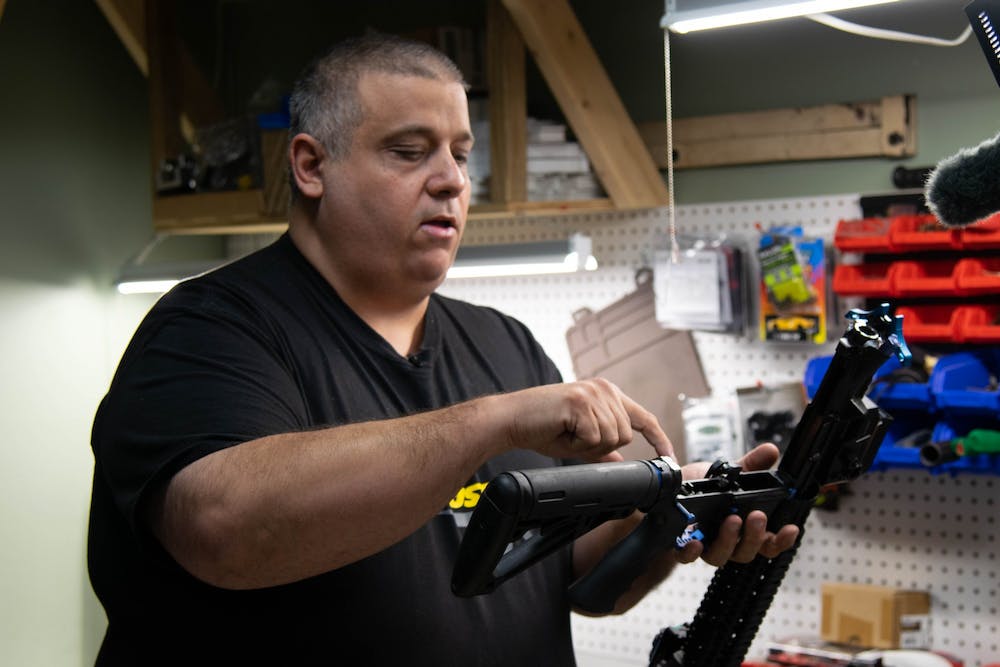 One of the deadliest mass shootings in U.S. history at Sandy Hook Elementary School was the catalyst for a renewed debate about gun control. New-mom Becky Ceartas was devastated by this news and it pushed her to join and become the executive director of North Carolinians Against Gun Violence.

Rudy Cartassi co-owns a gun store and shooting range called RAD Industries. Cartassi said if any of his customers used a gun to harm an innocent person, he would be heartbroken.

But what Ceartas and Cartassi don’t agree on is how to prevent violent gun deaths. According to the Centers for Disease Control and Prevention, 5,000 more people died in 2020 from firearm-related injuries than motor vehicle crashes.

Cartassi said the answer to this violence is for people to arm themselves with guns.

“If someone sees you have a firearm on you, they are probably less likely to do anything,” Cartassi said. “They pause and say, ‘Do we really want to have something happen?’”

Ceartas said the answer to ending violent gun deaths in America is enforcing laws so that guns don’t end up in the wrong hands.

“Felons, people who have a dangerous past and people who are a threat to themselves or others — those are clear cases where people just shouldn’t have guns,” Ceartas said.

She said one way to do this is by issuing extreme risk protection orders. This is where a judge can issue an order to temporarily take away a person’s weapons, including guns, if they are reasonably suspected to soon hurt themselves or others. As of 2019, 19 states have these orders. In Indiana, after ERPOs became legal, the states’ suicide rates went down 7.5%. North Carolina has no extreme risk protection order law.

In North Carolina, data shows gun violence is on the rise. According to the Alamance County Sheriff’s office, in 2019 guns were the leading weapon used in robbery, murder, rape and aggravated assault.

President Joe Biden is also weighing in on gun violence in America. In early April, he announced restrictions on ghost guns — untraceable firearms that don’t have serial numbers. Ghost guns aren’t regulated like traditional firearms because they are sold in parts and not considered guns until they are fully assembled at home.

The president’s new rules will require ghost guns to be produced by licensed manufacturers. Plus, customers must pass a background check, the weapons will have serial numbers and stores must keep records of who buys them. The new rules will neither ban ghost guns nor increase the penalties for crimes committed with this weapon.

Ceartas said she supports Biden’s proposal and thinks ghost guns should be regulated like any other firearm. But Cartassi is worried this is the beginning of more restrictions to come.

“If they come for me, who’s next?” Cartassi said.

These new ghost gun rules are set to take effect in mid-August.