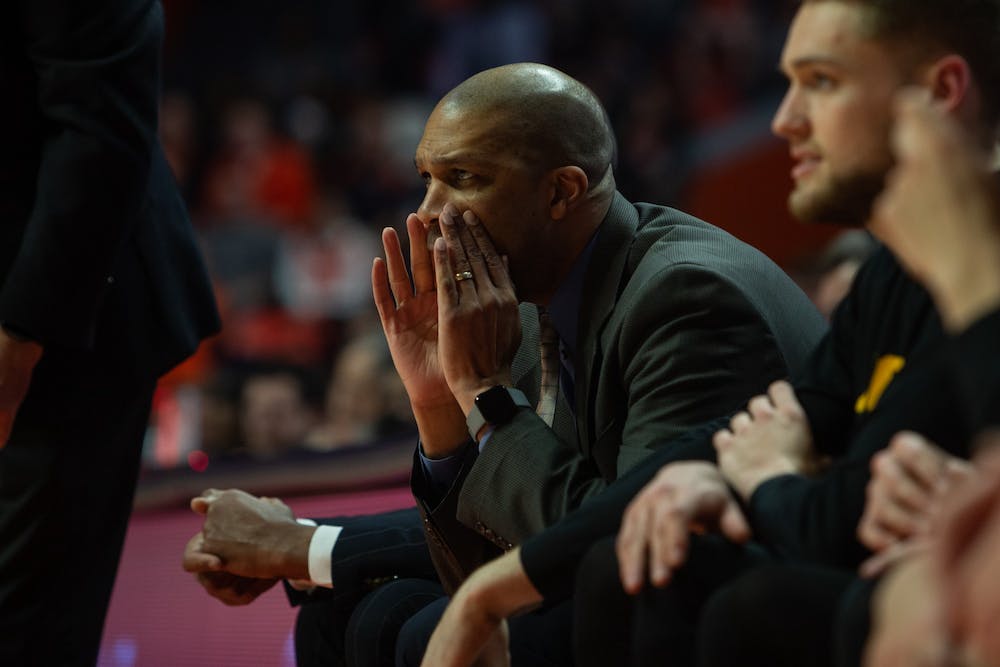 Iowa Men's Basketball Director of Operations and Travel Coordinator Billy Taylor cheers from the side of the court during a game against the University of Illinois on Sunday, March 8, 2020, at the State Farm Center in Champaign, Ill. The Hawkeyes lost to the Fighting Illini, 76-78. (Emily Wangen/The Daily Iowan)

Updated as of April 16, 2022 at 4:07 p.m. to include additional information from background on Taylor.

This news comes after former men’s basketball head coach Mike Schrage announced his resignation as head coach and transferred to Duke University for a new role. Schrage will serve as a special assistant to the head coach, Jon Scheyer.

Elon basketball has been a Division I program since 1999 but has not attended a NCAA championship. Schrage was closer to this goal than any previous coach at Elon, but he did not accomplish it.

Taylor is taking a hold of the men's basketball program just two days after the seventh men's basketball player entered the NCAA transfer portal. Three players entered the portal before Schrage announced his resignation but the other four entered after the announcement. Of the players in the portal, six of them were the team's seven top scorers last season. Elons top scorer Darius Burford led the team with 13.4  points per game and entered the portal on April 11. Hunter McIntosh was Elon’s second leading scorer last season with 13.3 points per game. McIntosh was also Schrage’s first signee after taking the head coaching job in 2019. McIntosh has already received offers from Minnesota, Clemson, South Carolina and many more.

The news of Schrage's resignation has also led to incoming players to decommit to Elon. Devin Carney and Nick Martinelli have both reopened their recruitments. Martinelli decommitted one day after the announcement and has already received offers from 12+ schools.