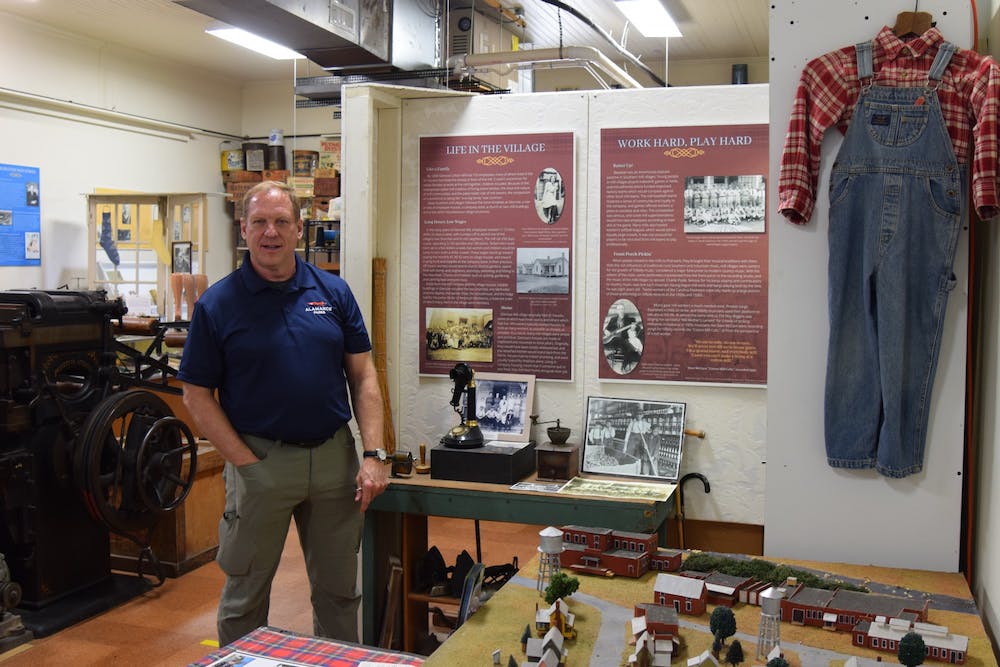 On April 30, Glencoe Cotton Mill, a closed textile plant only five miles from Elon University, will celebrate its 140-year anniversary with a festival at the Textile Heritage Museum.

Alamance County had 30 textile mills running by the end of the 20th Century according to the Textile Heritage Museum. Elon University history professor Mary Jo Festle thinks textile mills played a big part in forming the values of Alamance County that can still be seen today.

“There's also the social relations in the mills … and that's because the people who worked in the mill, like the mill village in Glencoe, really follow one another that way,” Festle said. “They were not individualistic, they were very communal.”

Festle said the history of Alamance County is important to experience a culture different from their own.

“Sometimes outsiders look and say, ‘Oh, those are just poor people’ and look down on people and not see them the way they see themselves, which is really hard working, really caring for one another, really persistent in hard times, because the mills went through lots of hard times,” Festle said. “We do a lot of community engagement at Elon and I think a lot of students who … say they want to learn about culture that is different from their own, … that's valuable for them.”

Director of the Textile Heritage Museum John Guss thinks the museum is not only important to Alamance County, but an important piece of American history.

“Our ancestors who worked and sacrificed in the early years of textile mills is the foundation for much of the success the United States enjoys today,” Guss wrote in an email to Elon News Network. “The Textile Heritage Museum in Historic Glencoe is just one of a very small handful of true American textile museums across the United States.”

Glencoe Cotton Mill opened in April 1882 and closed 74 years later. The mill and the surrounding village was placed on the National Register of Historic Places in February 1979.

In 2002, the museum was created by local volunteers when they restored and preserved the mill and the village. In September 2018, it partnered with Alamance Parks Department to maintain its nonprofit status.

Now, the museum is a non-profit organization and includes the original building, management offices and company store. It contains equipment like spinning wheels and weaving looms, photos, personal accounts from the mill and vintage fabric samples from 50 textile mills across North Carolina.

The celebration will include meeting with textile mill veterans, costumed historians, authors, artisans and quilters. There will also be a food truck from Danny’s Cafe and live music with local band Neville’s Quarter.

The Preservation Burlington Salvage Store will open shop at the festival for visitors to buy vintage fixtures. The Alamance Partnership for Children will provide entertainment for kids. Socksquatch, mascot of the Burlington sock puppets, will also be in attendance.

Guss said that while textile mills have an extensive past, they also have potential for the future as well.

“With the world ever changing and the majority of textile development and manufacturing professions now being located in many other countries outside the United States, it will be the challenge and responsibility of our current students and more recent professionals entering the job market to determine how they will survive and succeed in our ‘modern’ world with less textile manufacturing in the United States,” Guss wrote. “We learn from our origins of our heritage. Some of it begins here in Glencoe, North Carolina.”