The concert aims to raise $10,000 for the foundation, which works to fulfill the wishes of critically ill children 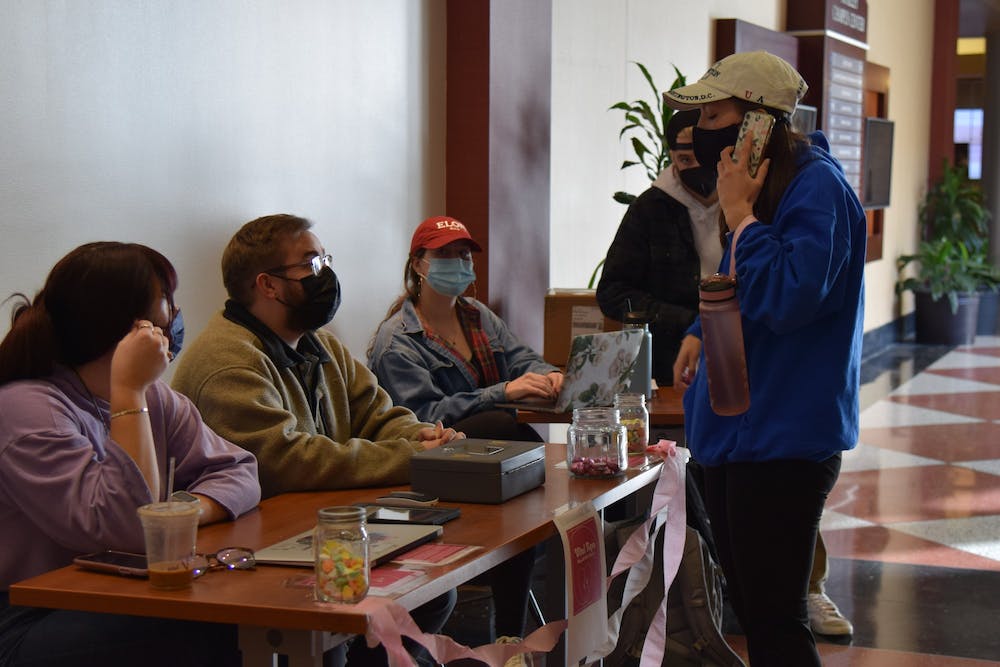 As the sun sets on Spence Pavilion, people walking by can hear the sounds of singing and beat-boxing emanating from within. This is typical of a Thursday night Vital Signs rehearsal, but now the group is not just practicing — they are preparing for a concert.

Vital Signs, a co-ed a cappella group at Elon University, is hosting their ninth annual Make-A-Wish fundraiser concert at 7 p.m. on Feb. 19 in Whitley Auditorium. This is one of three concerts Vital Signs performs throughout the academic year. Their fundraising goal, same as every year, is $10,000.

According to junior and Vital Signs President Maecy Bischoff the Make-A-Wish fundraiser concert was started by Vital Signs alumnus Nick Cook. Cook’s sister, Bella, was very involved with Make-A-Wish. Cook noticed how much of an effect Make-A-Wish had on Belle and decided to start this fundraiser, which has become a Vital Signs tradition.

“It's really probably the biggest and most rewarding concert we get to do, especially with all of Elon a cappella getting involved. It really brings the whole Elon community together,” Bischoff said. “It kind of shows Elon what a cappella can really do and what we're about, and it's a really good chance for us to show how much we care about charity and how much we are working toward.”

Vital Signs organizer and senior Miles Caraballo put together this event for the third year in a row. Though the concert was to be in person his first year organizing, the COVID-19 pandemic made the concert virtual in his second year, with groups from California, New York and the United Kingdom participating. This year, though Caraballo is still taking COVID-19 into account, he was able to organize an in-person concert once again.

“It's been a little bit of a challenge, but it doesn't really take the fun out of it,” Caraballo said. “I still get to have fun and communicate with the groups in the ways that I've been communicating in the past.”

All a cappella groups are required to get tested for COVID-19 within 48 hours of the concert, in order to perform without a mask.

Halfway through the concert, young Make-A-Wish recipients will share their story on stage and express what the organization has done for them. This year, Sarah, who is active in her school’s chorus, will take the stage. Bischoff said the concert will inspire both the audience and kids like Sarah, who not only get to hear her story but see other kids do what she loves on stage.

“For any Make-A-Wish kid, it's obviously inspiring to see older kids like us just doing things in groups in a college setting, whether they have music involved in their lives or not,” Bischoff said. “It's just a really cool thing to see a huge group of kids coming together to support something like the Make-A-Wish Foundation, which is so helpful to kids with critical illnesses.”

Caraballo said he is most excited for “The Love Medley,” the last song on the entire setlist. This medley is Valentine’s Day themed since the concert happens to fall around Valentine’s Day. “The Love Medley” ends with “Somebody to Love,” where all the a cappella groups sing together from the stage and  balconies, creating a surround sound effect.

“There's over 100 singers singing one song together in Whitley, and it's just a very magical moment … I'm getting chills thinking about it right now from two years ago, from when I was on stage,” Caraballo said. “I was like, ‘I'll be fine,’ but then when I started singing it and everybody was singing around me, I couldn't sing just because I was like, ‘This is literally crazy.’”

For many Vital Signs members, the Make-A-Wish fundraising concert is extremely touching. It’s an opportunity to share people’s stories and to bring the community together through a cappella music.

“This is by far one of the best a cappella concerts at Elon … It's just such a magical event,” Caraballo said. “And it really brings a lot of hope and happy thoughts for everybody.”