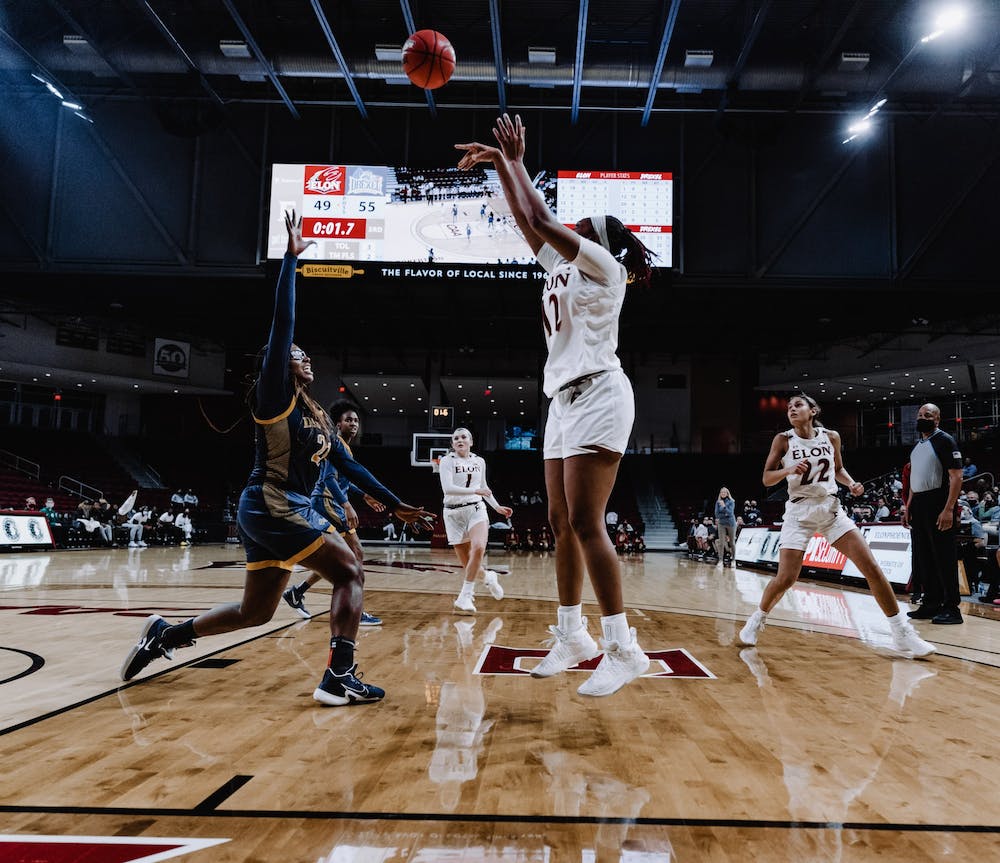 Sophmore Ajia James shoots for two points early in the third quarter. The Phoenix would go on to lose 60-72 against Drexel on Friday night

PHILADELPHIA - For the second time this season, the Elon University women’s basketball team lost by double-digit points to the Drexel University Dragons, as the Phoenix fell 72-57 on Feb. 27.

Elon trailed early as Drexel raced to a 10-1 lead in the opening minutes. While the Phoenix trimmed the deficit to as few as one point late in the first quarter, the Dragons held a 15-11 advantage after the first 10 minutes.

The Phoenix pulled back within two points with just over three minutes remaining in the second quarter when senior guard Kayla Liles made a three-point shot. However, the Dragons again stretched their lead late, finishing the quarter on an 8-0 run to take a 34-24 halftime lead.

Drexel continued to pull away in the third quarter, as a trio of three-pointers in the final two minutes of the frame gave the Dragons a 20 point lead entering the fourth. Elon outscored Drexel 19-14 in the final quarter but it was far too little, too late for the Phoenix.

WIth this loss, Elon is now 7-9 in Colonial Athletic Association games and sits in a three-way tie for fifth place in the league with Northeastern University and College of Charleston. Drexel improves to 15-1 in the CAA with the win and remains one game clear of the University of Delaware for first place.

Elon has now lost its last four games against Drexel, including a 72-60 loss on Jan. 28.

Elon completes its regular season with back-to-back games against William & Mary next week. The first will be at Schar Center on Mar. 3 at 5 p.m.