Elon University men’s basketball loses to Towson on the road 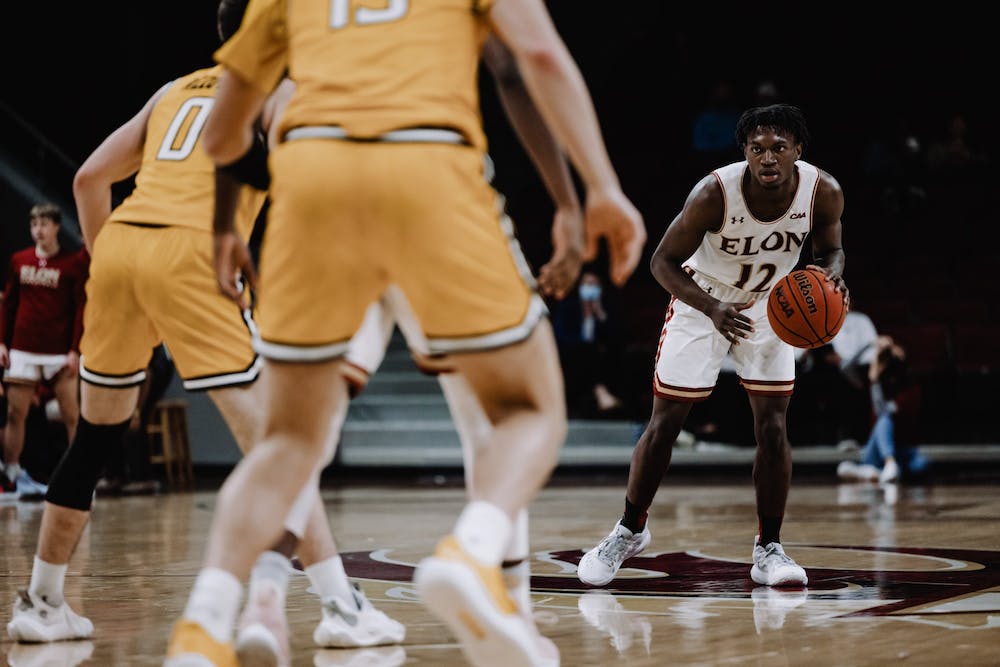 Photo by Lucas Casel | Elon News Network
Sophmore Darius Burford. The Phoenix would go on to lose 54-59 on Saturday night.

TOWSON, Md. — The Elon University men’s basketball team (8-18) was unable to pull off the upset against the Towson University Tigers (19-7) on Feb. 12. The Phoenix fell to the Tigers 86-50 in a Colonial Athletic Association matchup.

The Phoenix came into this contest against the Tigers after winning a tight game on Thursday, Feb. 10, over the James Madison University Dukes. The Tigers came into Saturday’s game ranked second in the CAA standings.

Towson dominated against Elon, as the Phoenix was unable to mount a sufficient challenge to the Tigers on Saturday afternoon. On the offensive end, the Phoenix mustered a meager 16 points in the first half. The defense did not fare much better as Towson put up 42 points at the halfway point in the contest. Towson coasted into the halftime locker room leading the Phoenix 42-16.

Towson did not leave any openings for Elon to get back into the game. The Tigers shot 58% from the field, compared to Elon’s 39%. The Tigers ran rampant, putting up 86 points to down the Phoenix by a score of 86-50. Junior guard Hunter McIntosh led the Phoenix with 9 points. Towson was led by forward Charles Thompson who finished with 20 points on the day.

The Phoenix drop to 8-18 on the season and 5-8 in the conference. Elon returns home to play the Hofstra University Pride on Tuesday, Feb. 15, at the Schar Center, a game that was rescheduled from New Year’s Eve. The Phoenix will look to bounce back against the Pride, as they look to build some momentum heading into the conference tournament in March.