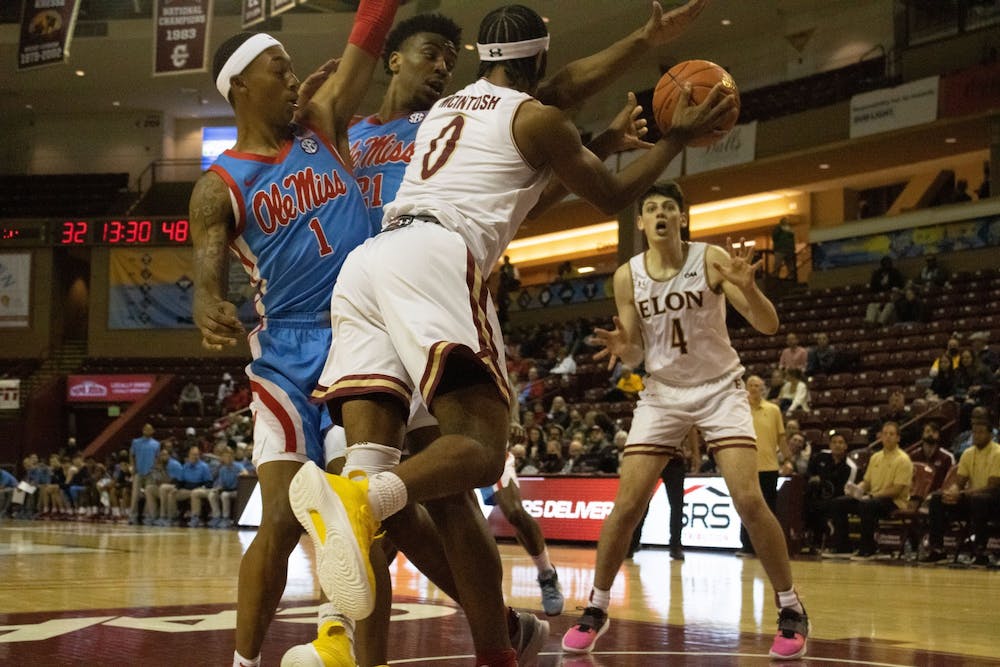 
The Elon University men's basketball team faces off against Ole Miss on Nov. 19, 2021 in Charleston, SC.

This is a developing story. Check back for more updates.

The Colonial Athletic Association has announced that Elon University’s men’s basketball game against Hofstra University on Dec. 31 has been postponed.

With the COVID-19 Omicron variant spreading, over 100 NCAA men’s basketball programs have gone on pause in December due to COVID-19 protocols. On Tuesday, the CAA announced a new policy for men’s and women’s basketball games impacted by the pandemic: If a team has at least seven players and one coach, it must participate in any scheduled game; if a team does not have those minimums available, it must choose whether or not to play.

Any game not played will initially be considered a postponement. If a game cannot be rescheduled, it would count as a forfeit, resulting in a loss for the team that caused the cancellation and a win for the other team. If neither team is able to play, it would be counted as a tie in the CAA standings.

The next scheduled game for Elon’s men’s basketball team is Jan. 5 against William & Mary.