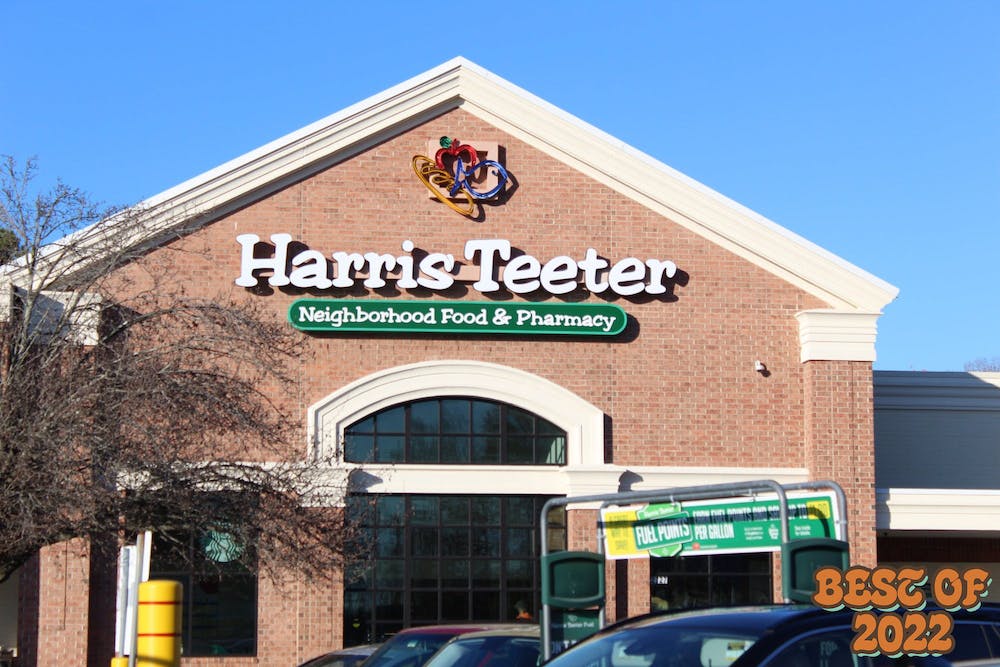 Harris Teeter is about a five minute drive from Elon University, making it one of many nearby grocery stores to campus. But Elon sophomores Maddy Burgess and Rachel Elkes believe it’s more than just the proximity that makes Harris Teeter the “Best Grocery Store.”

“I just always come here. We have this student discount too, so I always come shop here and get gas too,” Burgess said.

According to Harris Teeter College Rewards, the grocery store provides discounts for college students, such as five or 10 percent off their purchases. Harris Teeter’s rewards program, VIC cards, also gives customers access to special promotions such as fuel discounts, coupons and other special sales within the store. College students are able to have both discounts.

Elkes said that having both discounts is why she shops at Harris Teeter.

Neither Elkes nor Burgess have a Harris Teeter located near their hometown, making the grocery store a new experience for them. Though Harris Teeter has 261 locations, the majority of them are concentrated in the south.

“I've never heard of Harris Teeter until I came here, and it's pretty much similar to my grocery store back home, which is also why I come here a lot,” Burgess said.

Harris Teeter also stands out from other nearby grocery stores because of its pharmacy. People can get their prescriptions, COVID-19 or flu vaccines at Harris Teeter.