Phoenix overwhelmed in second half against University of Arkansas 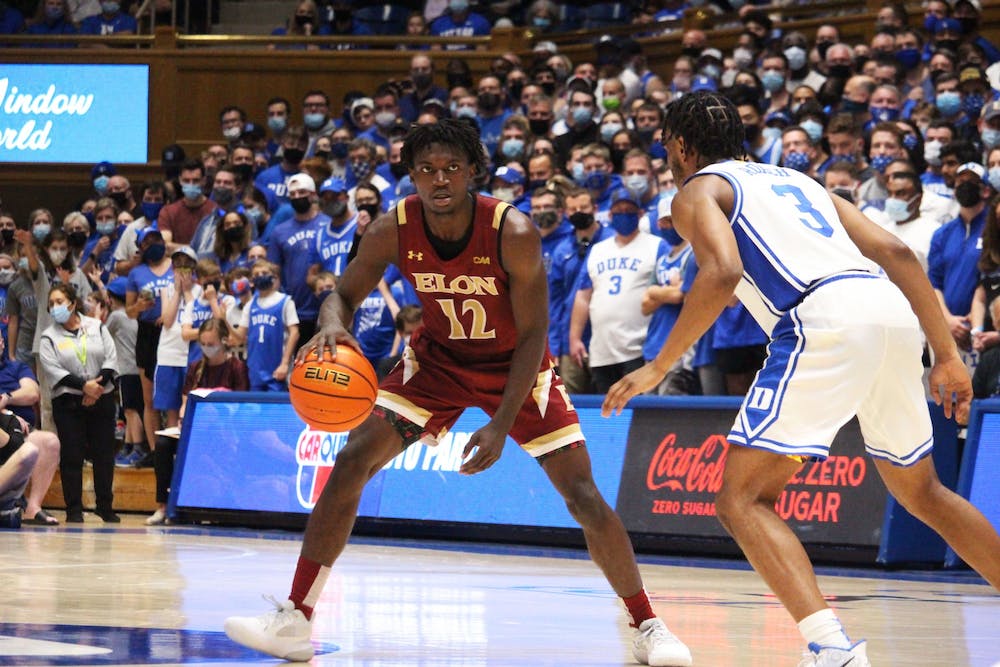 Fayetteville, AR — In its final non-conference game of the season, Elon University’s men’s basketball team lost 81-55 to the University of Arkansas Razorbacks on Dec. 21.

Arkansas came into the game fresh off a loss to the Hofstra University Pride, another team in the Colonial Athletic Association, on Dec. 18. However, Arkansas avoided another loss to a CAA opponent with a strong showing in the final 26 minutes against Elon.

The Phoenix kept pace with the Razorbacks for most of the first half and even took a five point lead with 6:51 remaining after a dunk from sophomore center Michael Graham. However, the Razorbacks finished on a 17-0 run to take control of the game at halftime.

After falling behind by 30 points in the second half, Elon went on a 13-0 run, highlighted by three pointers from senior guard Torrence Watson, senior guard Kris Wooten and sophomore guard Darius Burford. However, it was far too little, too late, as Elon never got within 17 points of Arkansas following that run.

With 14 points, Graham led the team in scoring for the third time this season, while Burford put up 12 points to go along with a team-high three steals. No other player had more than five points, as the Phoenix shot just 36% from the field.

Free throws were again a problem for Elon, as Arkansas attempted 35 foul shots compared to Elon’s nine. Elon also struggled with transition defense, as they were outscored 19-1 by Arkansas in fast break points.

This was Elon’s third loss against a Southeastern Conference opponent this season, as the team previously lost to the University of Florida on Nov. 9 and the University of Mississippi at the Charleston Classic on Nov. 19.

Elon finishes its non-conference schedule with a 3-10 record and will play its first CAA game on Dec. 29 against the Northeastern University Huskies. Northeastern has canceled its last two games because of positive COVID-19 tests within its program. The matchup is tentatively scheduled for 7:00 p.m. in Schar Center.