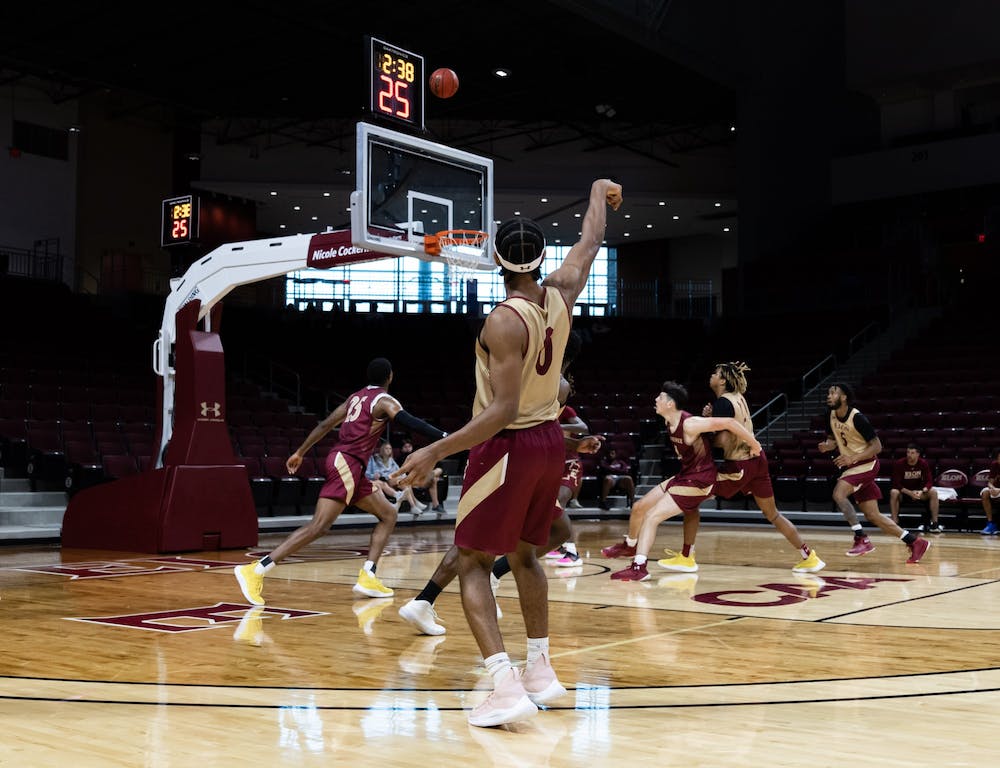 Gainesville, FL —  A late first half lapse cost the Elon University men’s basketball team in its season opener, as the Phoenix fell to the University of Florida Gators, 74-61.

A three-pointer from junior guard Hunter Woods cut Florida’s lead to 12-11 with 13:21 remaining in the first half, but the Gators pulled away from there, finishing the half on a 35-13 run to take a 47-24 halftime lead.

Florida’s size and physicality proved pivotal in the first half, as the Gators outrebounded the Phoenix 26-12, blocked six shots and earned 18 free throws. Additionally, Elon had no answers in the first half for Florida’s Colin Castleton, who scored 17 points to go with four rebounds, three blocks and two assists in a dominant all-around display.

While Elon recovered to outscore Florida 37-27 in the second half, Head Coach Mike Schrage said that did not serve as a moral victory to his team.

“I’m very disappointed that we let the game get away from us in the first half,” Schrage said. “I am proud of how our guys continued to fight in the second half, but there’s no consolation.”

With several other challenging non-conference games on the horizon, Schrage said the Phoenix must look to improve to contend against this level of opposition.

“We will have to grow up quickly and continue to get better,” Schrage said.

The Phoenix will return to action on Friday, Nov. 12 for its home opener against the Randolph College WildCats, an NCAA Division III opponent.