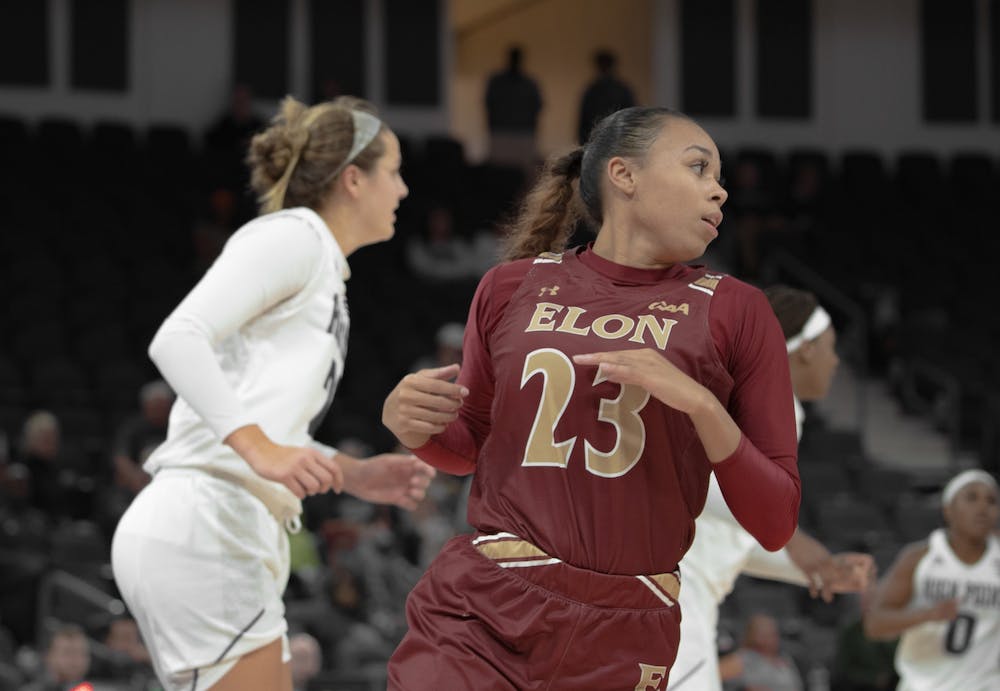 
Elon University women's basketball earned an upset victory over High Point in its season opener, winning 68-66 thanks to a pair of late free throws

Columbia, SC — Elon University’s women’s basketball team is undefeated no more, as the Phoenix suffered its first loss of the season to the University of South Carolina Gamecocks, 79-38.

South Carolina entered the game ranked first in this week’s Associated Press Top 25 poll and looked the part, as the Gamecocks controlled the game from the opening tipoff.

Elon fell behind 10-0 and did not score until senior center Evonna McGill made a jump shot with 5:27 remaining in the first quarter. After its slow start, the Phoenix rallied, making seven of its final 13 field goal attempts to trail 33-23 at the half.

However, the Gamecocks dominated the second half, outscoring the Phoenix 46-15 in the final two quarters to cruise to a victory. South Carolina held Elon scoreless for the final 6:18 of the game, finishing on a 13-0 run to pad its winning margin.

South Carolina’s physicality overwhelmed Elon, as the Gamecocks outscored the Phoenix in the paint 40-10 and earned 23 free throws compared to Elon’s one.