Phoenix win 2-1, will be the number three seed in conference tournament 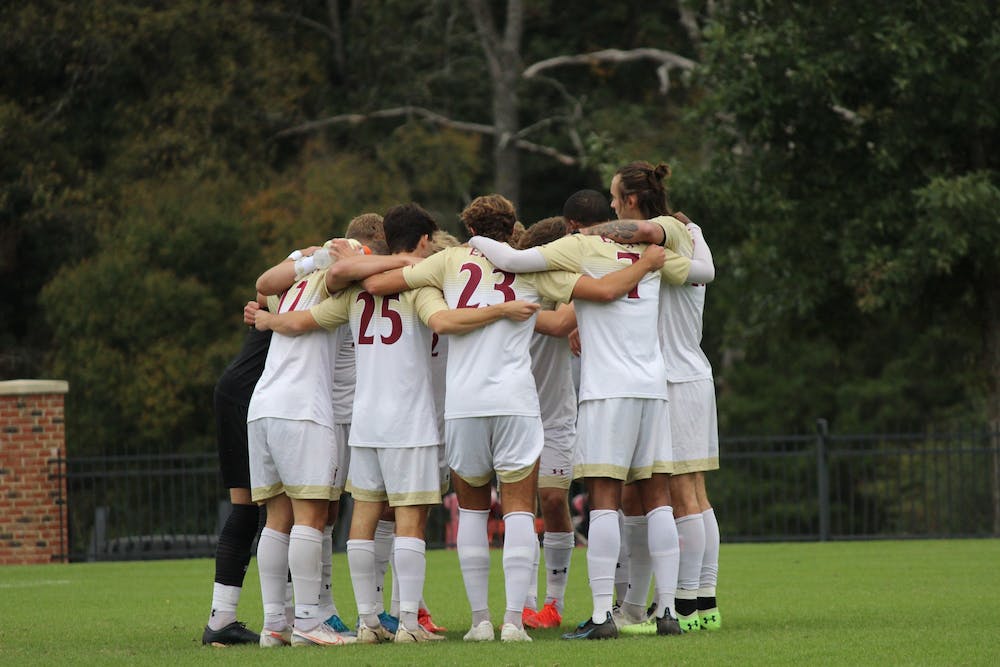 Williamsburg, VA - With a 2-1 victory over the William & Mary Tribe in its final regular season match, Elon University’s men’s soccer team has qualified for the Colonial Athletic Association Tournament for the first time since 2017.

William & Mary answered with an early goal in the second half, but the Phoenix kept the Tribe off the scoreboard for the remainder of the game. Redshirt junior goalkeeper Peter Wentzel made two of his three saves in the second half to preserve Elon’s lead.

Elon finishes its regular season with an overall record of 8-7-2, including a 4-2-2 mark in CAA matches. The Phoenix will be the number three seed in the CAA Tournament and will face the number two seed Northeastern University Huskies in the semifinals on Thursday, Nov. 11 at 7:30 p.m. The top four teams in the conference standings at the end of the regular season qualified for the tournament.

The CAA Tournament was originally scheduled to take place at James Madison University, but because the school is transitioning to the Sun Belt Conference, it is not allowed to host any conference tournaments. It will now take place at Hofstra University in Hempstead, New York.

James Madison finished third in the conference standings but will not be allowed to compete in the tournament, as the CAA banned the school from competing in postseason tournaments. This allowed Elon to move up from the fourth to third seed in the tournament, meaning the Phoenix will not have to face number one seed and host Hofstra in the semifinals.