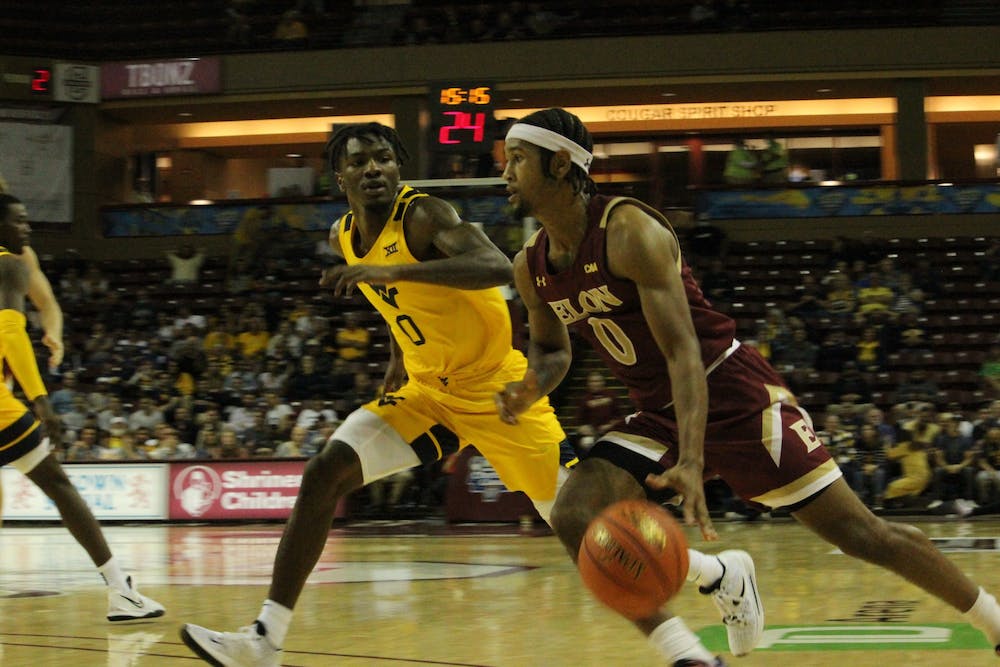 The Phoenix trailed by just seven points at halftime, but a quick Mountaineers burst early in the second half helped put the game out of reach.

“We just needed a better start to the second half,” Head Coach Mike Schrage said. “Our guys managed and obviously it was a seven point game at the half. We’ll take that.”

Junior guard Hunter McIntosh picked up his third foul of the game with 9:17 remaining in the first half and did not re-enter until the beginning of the second. After falling behind by as many 15 points with McIntosh on the bench, Elon ended the half on a 14-6 run to cut its halftime deficit to 44-37.

However, the Mountaineers began the second half on a 10-4 run to push its lead to 13. While Elon cut the lead to as few as nine during the half, the team was never able to come all the way back.

Five Elon players scored in double digits, led by senior guard Torrence Watson, who went 8-8 from the free throw line en route to 15 points. Though he made just three of 13 field goals, Schrage said Watson made a strong impact on the game.

“The shooting percentage may not reflect it, but he got some really good points against their pressure defense,” Schrage said. “As he continues to gain confidence being in our program, I think this is another great step in that direction.”

McIntosh scored 13 and sophomore guard Darius Burford scored 12, though both dealt with foul trouble in the first half, forcing them to play limited minutes.

“We don’t have a lot of guard depth right now,” Schrage said. “That’s not ideal, but I thought a lot of other guys stepped up.”

Elon will face the University of Mississippi Rebels tomorrow at approximately 9:00 p.m in the consolation bracket. The Rebels lost to Marquette University 78-72 in its quarterfinal.

“We’re playing a high level SEC team tomorrow,” Schrage said. “We’re anxious again to be able to represent Elon in an event like this.”