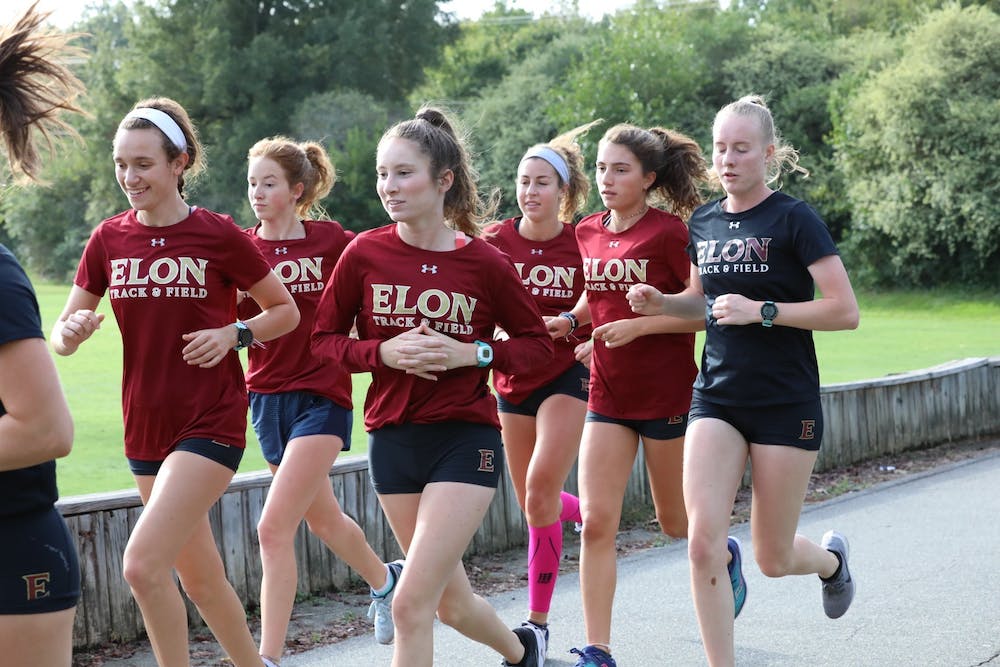 This season, the women’s cross country team will attempt to accomplish something that no Elon team has done since joining the CAA in 2014 — win three consecutive conference championships.

With 27 points, the Phoenix finished 39 points ahead of runner-up and host Northeastern University. The team’s average time in the women’s 6k race was 21:52, over 30 seconds better than that of Northeastern.

Junior Maria Ahm also defended her individual CAA title, winning the women’s 6k race with a time of 21:26, over 18 seconds ahead of the second place finisher. This marks the fourth consecutive season an Elon runner has won the event.

The men’s team placed third in the 8k race with 83 points, finishing behind Northeastern and William & Mary.

Junior Aidan Tierney finished 11th with a time of 25:36 and was the only Elon runner to earn all-conference honors. Sophomore Zane Jackson placed 13th, with junior Tamer Metwali and freshman Daniel King also finishing in the top 30 for the Phoenix.

The Phoenix continue its postseason on Nov. 12, when the teams will compete in the NCAA Southeast Regionals meet in Lexington, Kentucky.