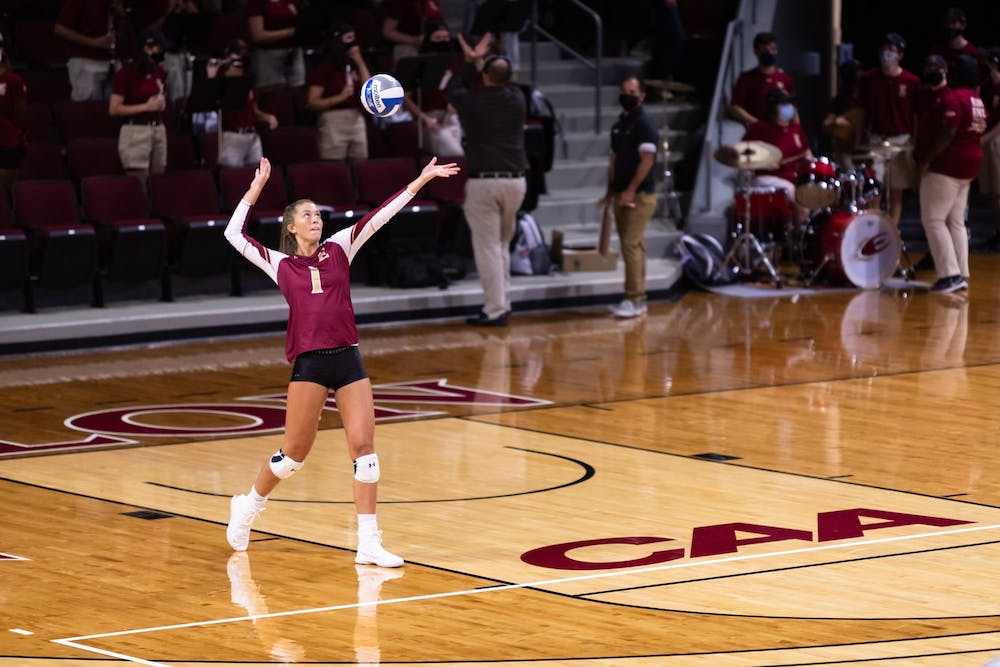 Photo by Lucas Casel | Elon News Network
Senior Leah Daniel starts off the third match of the night. The Phoenix would go on to beat UNC Ashville 3-0 on Friday.

Elon University’s volleyball team completed a weekend sweep of the College of Charleston Cougars with a four set victory on Saturday, Sept. 18.

The Phoenix lost the first set 25-18, but senior outside hitter Leah Daniel surpassed 1,000 kills for her career during the frame. Daniel is the first Elon player to reach the milestone since Kam Terry did so in 2018.

A day after posting a career high 52 assists, senior setter Haylie Clark posted 33 to again lead the Phoenix in the category. Clark also added 15 assists and five blocks in what was a stellar all-around match for the team’s co-captain.

For the second straight day, the Phoenix bested the Cougars in both digs and blocks. Juniors Jordan Gower and Alex VanWestrienen both posted season highs in digs with 23 and 14, respectively.

The Phoenix, now 2-0 in the CAA, will host a double-header against Delaware on Saturday and Sunday at Schar Center.