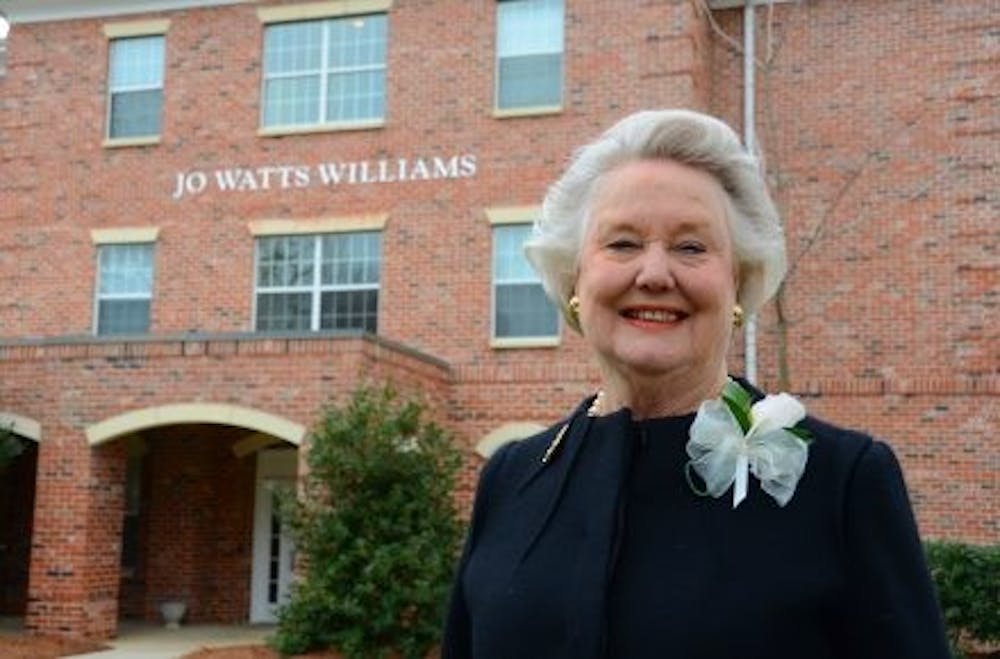 “Dr. Williams’ service to our university spanned five presidents – Jo has been the common thread through Elon’s growth. At every moment in the life of the institution, Jo was there building community, warmly embracing each of us and sharing her endless love,” said Elon University President Connie Book in a press release.

Wiliams graduated from Elon in 1955 with a bachelor's degree in elementary education.

During her time at Elon College, she met her husband, William Leaford Williams Jr.

After graduating from Elon, Williams became a public school teacher at multiple school districts in North Carolina and continued in the profession for 14 years. She later earned her master’s degree in education in 1971 and her doctorate at the University of North Carolina at Greensboro in 1973.

At the request of then President J. Earl Danieley, Williams returned to Elon in 1969 as a faculty member in the Department of Psychology and Education. In 1977, she became the associate dean of academic affairs and the director of the Learning Resources Center.

Williams later became the first president for development at Elon, a role she remained in for 16 years. She later was named a special assistant to then president James Young in 1995.

“Jo Watts Williams was among the most prominent architects of today’s Elon University. As a respected faculty member and a talented administrator, she strengthened every aspect of the university and touched the lives of thousands of students,” said President Emeritus Leo M. Lambert in a statement.

In 2010, Williams was named vice president emerita by Lambert.

Other than the recently named School of Education, a residence hall in the Oaks Neighborhood is also named after Williams.

A funeral service will be at 2 p.m., Monday, Sept. 20, at the First Presbyterian Church in Burlington. After the service, the family will receive friends at The Inn at Elon.