The school is named in honor of Williams ‘55, Vice President Emerita and alumna, educator and administrator associated with Elon for over 75 years 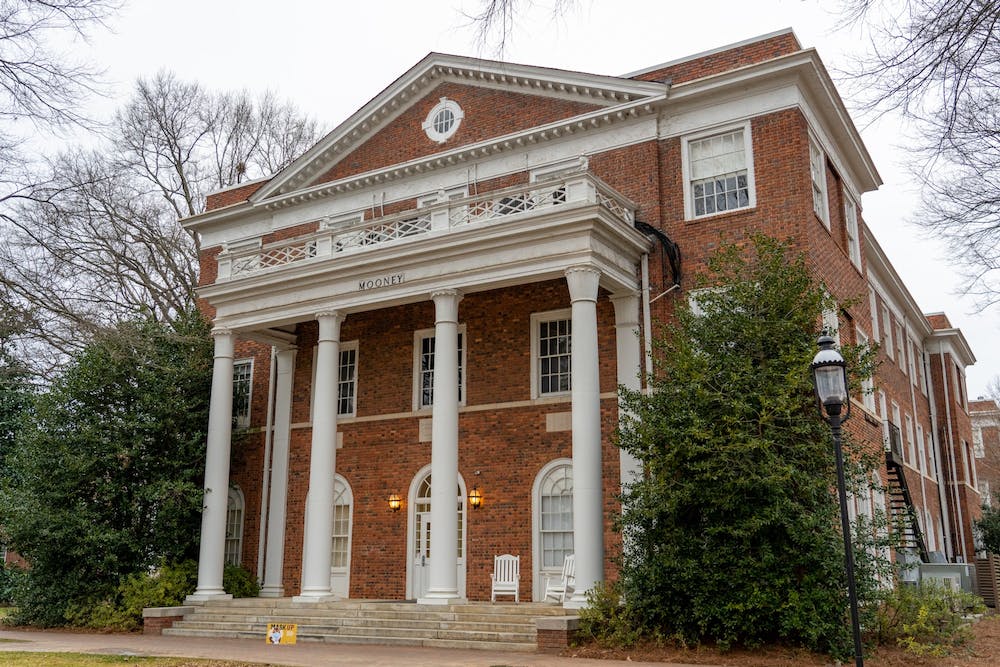 
Mooney, the building housing Elon's School of Education, on Feb. 10.

President of Elon University Connie Book announced the naming of the Dr. Jo Watts Williams School of Education in honor of the $10 million gift, made by the Williams family,  to Elon and Willliams’ service as an educator and administrator. The commitment, part of the Elon LEADS campaign, represents the largest endowment in the university’s history.

“First as a faculty member and later as the leader of Elon’s first development office, she has exemplified professionalism, grace and enduring commitment to the university’s mission and its students,” Book said in a video announcing the renaming of the School of Education.

The funding will also establish the Watts Williams Community Excellence Fund to provide support to the university’s partnerships, including Elon Academy, the “It Takes A Village” project and the Service Year Programs.

Additionally, the funding will also support 20 Elon Odyssey Program scholarships, which provides financial aid for many students, including many first-generation students. The recipients will be known as the Dr. Jo Watts Williams Odyssey Scholars.

Williams first joined the Elon psychology and education departments in 1969 after being recruited by former Elon president J. Earl Danieley. Soon after, she was promoted to be Elon’s first vice president of development. She served in this role for 16 years and helped grow relationships with donors and trustees along with providing administrative leadership to the university.

During her time at Elon, Williams led four major fundraising campaigns and oversaw the growth of Elon’s endowment from $3 million in the 1970s to more than $23 million in 1995. Williams was named vice president emerita by former Elon president Leo Lambert in 2010 and continues to play an active role in the Elon community.

Elon LEADS, the largest fundraising campaign in the university’s history and where the Williams family donated to, has a goal of raising $250 million. Currently, the university has had over 29,114 donors who have collectively raised $225 million for the four campaign priorities: “graduates the world needs, engaged learning, mentors who matter and iconic learning environment.”