Bend, but don’t break: the Phoenix are ready to fly 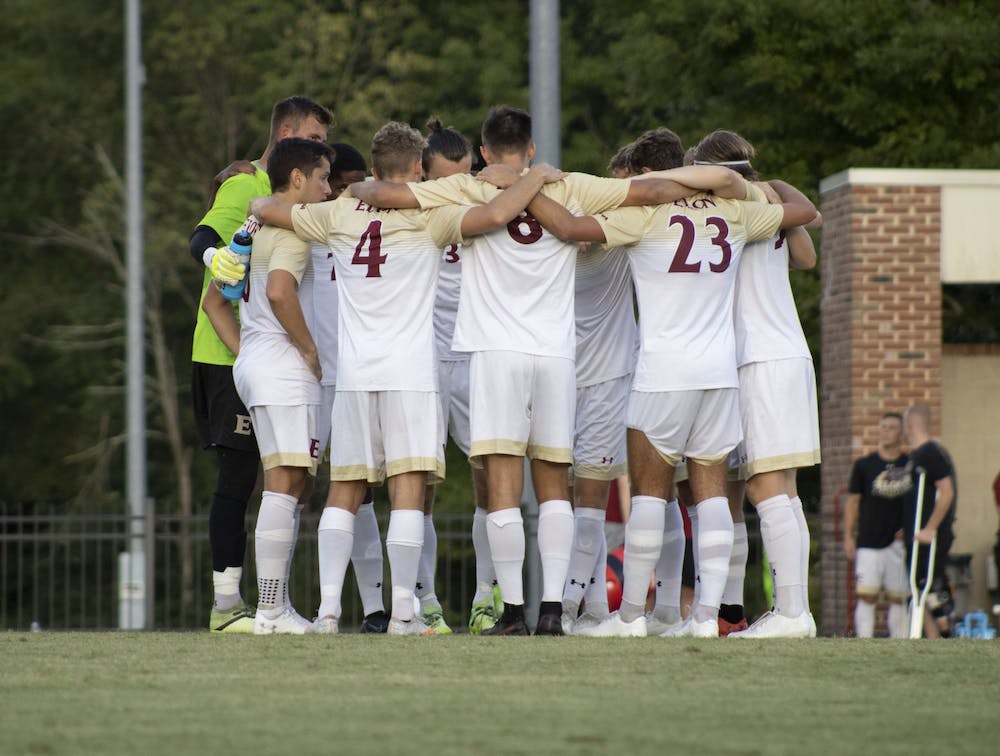 Last season was strange for every Elon University sports team due to the COVID-19 pandemic, and the Phoenix men’s soccer program had it no different. Their very first game of the season against Liberty was canceled and they only played eight games, less than half the number they play in a normal campaign.

The Phoenix struggled last season, losing five of eight matches. However, they finished the season on a high note with two decisive victories at home. The Phoenix shutout College of Charleston at Rudd Stadium before winning their final game of the season on a 99th minute golden goal against William & Mary.

Outside of the loss column, last season may have set the stage for a triumphant entry into 2021.

“Last year was tough for a lot of different reasons,” Bacon said. “As a captain, you’re not only responsible for your own performance but also how the team handles potentially being shut down for two weeks, or having to play without three key guys.”

Bacon had a decorated finish to his redshirt sophomore season, earning the team’s Leadership Award as well as being recognized by the CAA via the Leadership and Sport Excellence Award. He also started seven of eight games, tied for the team lead.

Jordoson also had his best season yet, earning All-CAA Second Team honors to finish the season and appearing for the third-most minutes of any player on the Phoenix.

Jordoson steps into a new role this season as a captain, and though he has leadership experience from his Danish U19 team, SønderjyskE, he said knows Division I college soccer is a new challenge.

“It’s not only myself I’m playing and caring for — I’m stepping into a role where I have to be the link between the managers and coaches all the way down to the players,” Jordoson said. “Sam and I are the step between the players and the coaches, so that’s definitely something I have to develop so I can step into this role.”

But it goes beyond just on-field leadership for Bacon, who believes last season prepared him to take on additional responsibilities off the field.

Reeves believes a number of players on the team are poised for a breakout season, and not least among them is junior forward Mason Duval. His outstanding summer season with the NC Fusion men’s U23 team of USL League 2 — joined by Elon teammates Bacon and Cam Pelle — sets him up for a strong campaign with the Phoenix.

“He’s set up to be the piece we’ve been needing,” Bacon said. “He can finish chances and get some goals for us.”

“Peter had a 2019 campaign where he saw a lot of time and Cam earned his way into the opportunity through the COVID season and performed very well in the spring,” Reeves said.

“Bend, but don’t break” is a phrase Reeves is keeping in mind as the team nears the beginning of the 2021 season. He is happy that the team is carrying over momentum from last season’s two closing victories, but he knows there is no time for the Phoenix to rest on those laurels.

“It’s a new season, a new team, and a new process,” said Reeves.

The team travels to Durham to open their regular season against Merrimack on Aug. 27.