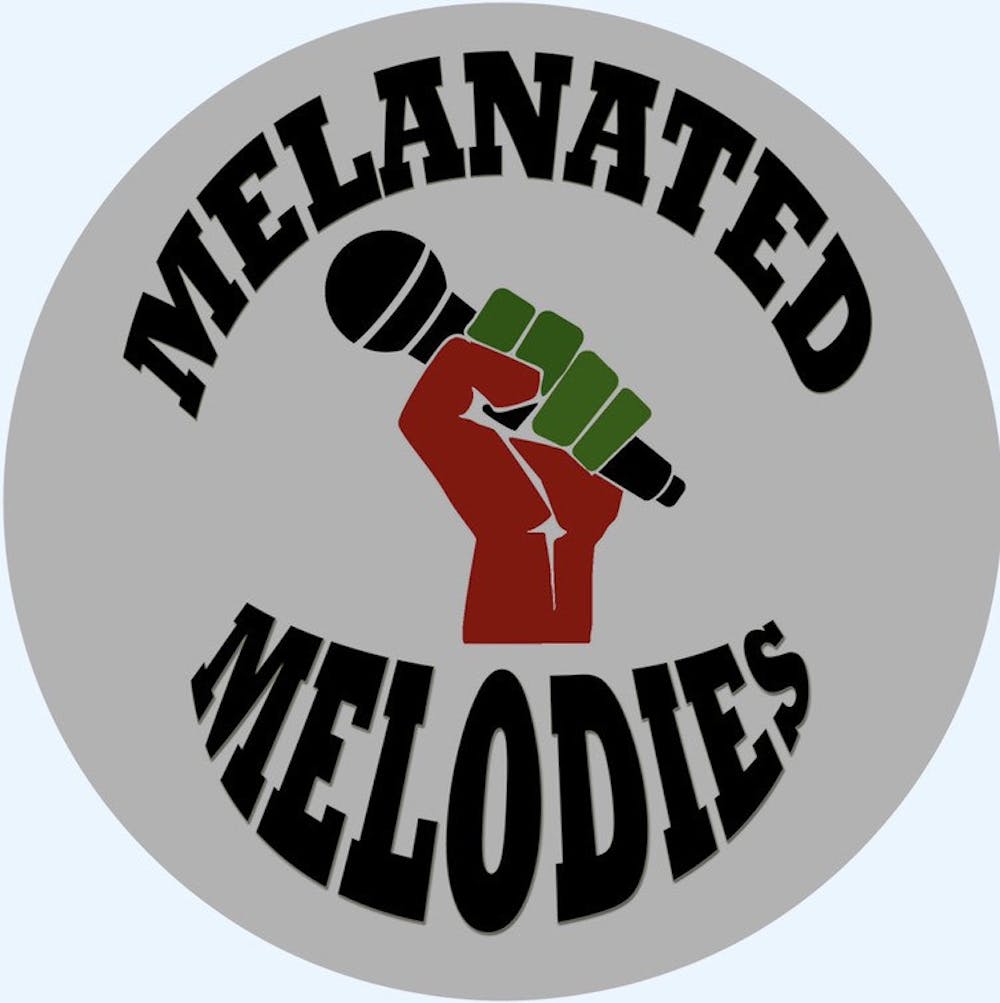 “To come to another group where I was the only Black face in the group, it’s just a lot all the time,” Stephens said. “I felt like that space was needed.”

Stephens was originally a part of Sweet Signatures, Elon’s oldest all-female a cappella group, but decided to leave in 2020. After leaving she founded the first predominantly Black a capella group, Melanated Melodies. Now, the group is taking conversations about diversity, equity and inclusion at Elon University one step further — not just by talking about it, but by singing about it.

Elon senior and Melanated Melodies member Jordan Young said she believes having a space for Black students to meet is necessary to create the progress the university wants to make.

“Having a group like Melanated Melodies where you can really kind of center Black voices in that way, especially in the arts, especially at Elon, was a really cool opportunity,” Young said. “I felt really lucky that they picked me after I picked them.”

The group was recognized as a campus organization last spring, right when students were sent home for the semester because of the COVID-19 pandemic. The 2020-21 academic year was the first school year they’ve been able to practice.

Due to the pandemic, a capella and singing groups across campus last year adjusted to singing further apart, with masks and holding virtual concerts.

“We have to sing 16-feet-apart and it’s really hard to really develop that good group sound,” Stephens said.

Melanated Melodies dropped their debut single “Optimistic” in May as a reminder to stay positive in what proved to be a difficult year, with the ongoing coronavirus pandemic and Black Lives Matter protests. Their debut single is a cover of “Optimistic” by Sounds of Blackness, a Grammy-winning vocal and musical ensemble from Minnesota. Stephens said that events like the pro-Trump caravan that drove through campus last September were upsetting to her and fellow Black students.

“I know for a lot of Black [freshmen], that was traumatic,” Stephens said. “It’s your first year here, you’re already in COVID, we’re already in a pandemic. There’s racial warfare going on, it’s just a lot.”

Dean of the School of Communications Rochelle Ford said students of color may be put in a position where it can be more difficult for them to form connections on campus by attending a predominantly white institution like Elon, but that comes with the acceptance letter.

“You have to prepare yourself mentally to engage in spaces where you know you’re going to be the only one,” Ford said.

According to the 2020-21 Elon Fact Book, 1,102 of the 6,291 undergraduates enrolled in the university during the 2020-21 school year identify as students of color. Stephens said that because of the low diversity, she feels like she has to prove herself everyday. She often feels overwhelmed with her choice of attending a predominantly white institution.

“A lot of the time, people think that being Black is a monolith, and that we all act the same and do the same things,” Stephens said. “It can be exhausting to be the only Black person in your classes and to always feel like no one understands you.”

Professor of Cinema and Television Arts Naeemah Clark teaches about diversity issues related to the media and entertainment industries. She said the closeness of the Melanated Melodies group reminds her of the gospel choir at her alma mater, Florida State University.

“Black women and men can certainly join other a cappella groups on campus, but maybe there’s something about connecting over the music we grew up listening to in church,” Clark said.