Donna Vanhook ’07 hopes to address affordable, quality housing and broadband internet access in her bid for mayor of Burlington this fall 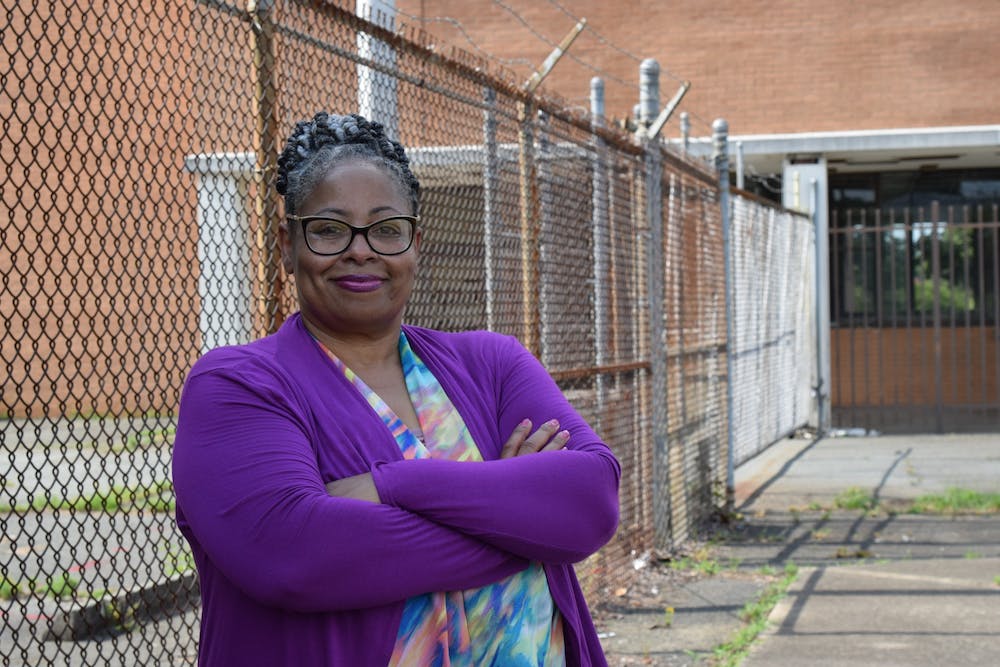 
Donna Vanhook '07 stands in front of the old Western Electric plant building in East Burlington, an area she hopes to develop as mayor.

Donna Vanhook ’07 has been in North Carolina her whole life. From growing up in Morgantown, a housing development in Burlington, to studying at Alamance Community College, Elon, Shaw and High Point universities, the Tar Heel state has always been her home.

That’s what she wants people to know as she campaigns for mayor of Burlington this fall – she hopes to go ‘from Morgantown to mayor.’

“I want people to know that I’m from the people and I’m for the people,” Vanhook said. “I’ve been walking with you for a long time.”

The Elon alumna decided to run for mayor in June after attending virtual training sessions on the process and steps involved in filing. Vanhook is one of five candidates in the running for mayor of Burlington this fall.

The city of Burlington will hold a primary in October, which will determine the two candidates who will stay in the running for the position in November.

“We were talking about how to put things in order, the process of becoming a candidate, and I was like, ‘I can do that,’” Vanhook said.

Vanhook is an ordained Baptist minister, serving as an associate pastor at Union Chapel United Church of Christ, and holds degrees in divinity and religious studies, criminal justice and nonprofit management. In addition, Vanhook is a former certified police officer.

As a social justice fellow with the NC Black Alliance, and a community organizer for the Morrow Town Task Force and Alamance Resiliency Coalition, Vanhook said she has already worked on issues she hopes to tackle as mayor, including violence prevention and broadband internet access in Alamance County.

“Essentially this is what I want to do: I want to improve the quality of life for everyone,” Vanhook said.

Vanhook saw firsthand the difference between housing developments during her childhood in Burlington. The increased gentrification of the area and her work as a member of the Burlington Minimum Housing Commission inspired her to think about how to increase economic development in Burlington and provide quality, affordable housing for all residents.

“I'm not going to wait for ‘the post COVID era,’” Vanhook said. “Let’s get started now thinking in terms of recovery. I'm talking about building, community resilience and those types of things. How can we bounce back from COVID?”

In the beginning of the pandemic, Vanhook worked with county libraries to bring broadband access to students in Alamance County during the pandemic. With North Carolina public schools online and libraries closed due to stay-at-home orders, many students did not have internet access to complete assignments. Vanhook coordinated with the libraries to create a schedule for the mobile internet café van to go to different neighborhoods throughout the week.

Vanhook is a member of the Alamance County Racial Equity Collaborative, a program in partnership with Impact Alamance and the NCCJ to develop Alamance County nonprofit and government professionals into inclusive leaders. During the sessions, Vanhook said she learned about ways to address and remove barriers to economic development, something she hopes to do as mayor.

“We know that there are some things that are built into every system, historically,” Vanhook said. “I want to make sure other people know it’s built into the system, and on top of that, we have to remove those barriers so everyone has a chance to thrive.”

Residents, including Elon students, faculty and staff, who live in the municipality of Burlington are eligible to vote in both the Oct. 5 primary and the Nov. 2 general election. Residents can vote early, vote by mail and on Election Day.