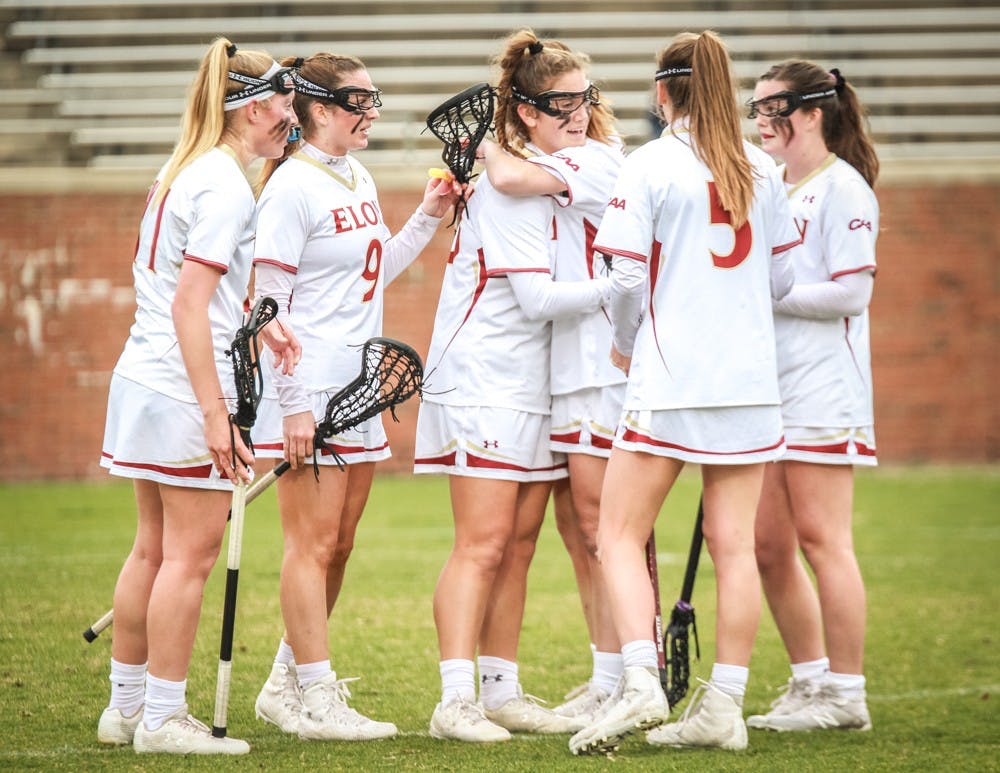 With the regular season now complete, the Elon women’s lacrosse team is turning its attention to this week’s Colonial Athletic Association Women’s Lacrosse tournament. The Phoenix are the No. 4 seed in the CAA Tournament and will play No. 5 seed Towson University on Wednesday, May 5 in the quarterfinals.

Head coach Josh Hexter believes the team can compete well against any team in the conference and said he expects his players to fight hard in every game they play in the tournament.

“Regardless of who we’re matched up against, the expectation is we’re going to compete like crazy and have some fun,” Hexter said.

The Phoenix finished its regular season with a 9-2 overall record, including a 3-1 mark in conference play. After an 8-0 start to the season, the team lost two consecutive games to Virginia Tech and James Madison University before finishing strong with a 16-6 victory against The College of William & Mary on Sunday.

Despite Elon’s win over the Tribe, Hexter said he was unhappy with the team’s execution. Going into the CAA tournament, he wants players to work on staying focused from the beginning to end of games, as he said there have been lapses at times this season when the team is up by multiple goals.

“We did well enough to win, but I think we left probably five or six goals out there that we should have scored because we weren’t fully focused and aware,” Hexter said. “Going into CAA’s, the focus is going to be, can we really stay dialed in regardless of score?”

9-2 the overall season record.
8-0 the team started the season.
16-6 the final score from the team's most recent win against William & Mary.

The Phoenix have an experienced roster with six senior starters, including the two top scoring attackmen Mae McGlynn and Sara Bouwman. Hexter said he is grateful for the senior class and hopes their leadership can propel the team to a successful tournament run and then to the NCAA tournament.

“This is a very special senior class,” Hexter said. “Their work ethic and their commitment for four years here has been pretty unmatched.”

Bouwman, an attacker whose 30 goals led the team this season, thinks the team can execute better offensively in the CAA tournament than it has in the regular season.

“Some things we need to work on are being patient on the clear and on attack,” Bouwman said. “Overall, we’re just taking it day-by-day, game-by-game.”

Bouwman said the team’s goal is to win the CAA tournament and advance to the NCAA Tournament.

“I think we’re all really excited,” Bouwman said. “We have had a good season this year, and with COVID and everything, we’re just really grateful.”

The tournament will take place in Harrisonburg, Virginia with a limited number of fans in attendance. To watch a livestream of all tournament games, visit www.caa.tv.