The Phoenix lost to 3-8 Virginia Tech 10-5. This is the first game the Phoenix have lost all season, with their record now being 8-1. 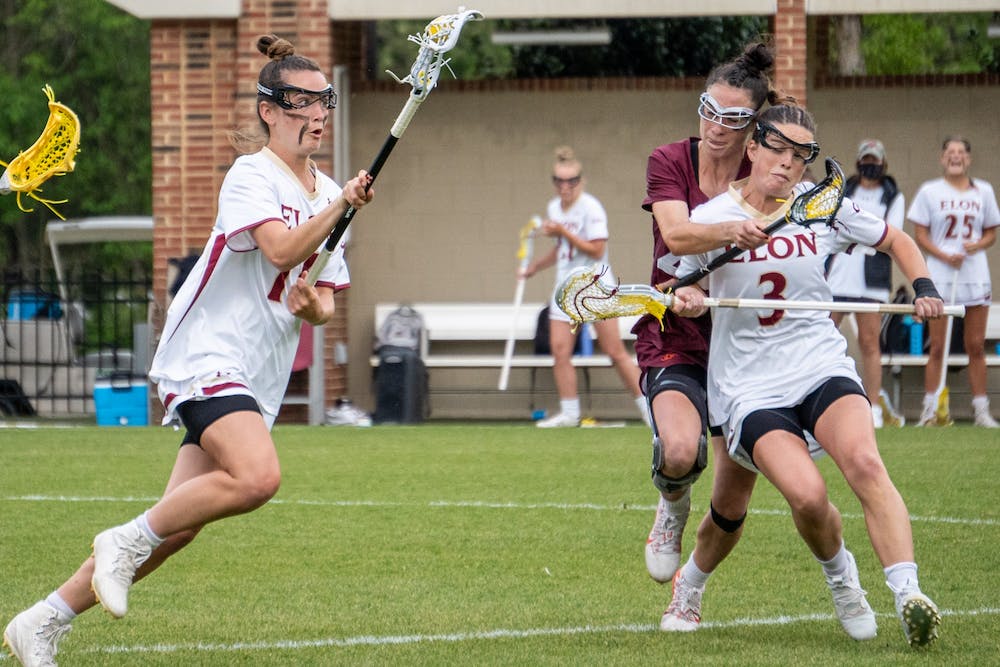 No. 12 Elon had yet to lose a game of women's lacrosse this season until today. On an overcast evening, the Phoenix fell to 3-8 Virginia Tech; the mood after the game was filled with frustration on the sidelines.

In just the first half, Elon women’s lacrosse struggled to catch up to lower ranked Virginia Tech, ending the first half 7-3. The second half the Phoenix only scored two goals and ultimately lost 10-5.

Virginia Tech scored three crucial goals early against Elon goalie and redshirt senior Paulina DiFatta. At the end of the first half, DiFatta had allowed seven goals and only made five saves. Elon’s offense struggled and head coach Josh Hexter said defense is what helped them through this game.

While he was not impressed by the offense’s performance, Hexter said he was thoroughly impressed with DiFatta’s second half, in which she had three saves and only let in three goals.

“Nobody stood out on offense. We didn't take care of business there," he said. "I don't think that'll happen again."

The start of the game was slower for the Phoenix, but they gained momentum and Senior attacker Mae McGlynn scored her 20th goal of the season in the middle of the second half.

Hexter said the team got “rattled” today and have not seen an opponent score that many goals against them this season yet. He is also said they gave their all on the field, throughout both halves.

“We're a really good team. When we do those little things and we just need to step up in that way, make sure that we're having fun out there. That's a big part of it,” he said.

Prior to today, Elon had scored an overall total of 113 goals compared to 45 scored by their opponents. Their biggest win was against Virginia Commonwealth University on Sunday, with a 19-3 final.

Even though the team lost tonight, Hexter does not expect his players to slack off because of the work ethic they have demonstrated throughout the season.

“To come out and practice and the way they've done that, it's been really great," Hexter said. "Along with that positive energy that we bring to practice every day, that that's really propelled us forward."

The Phoenix will head to James Madison University on April 25 to face off against the Dukes. They were originally supposed to play again at home on Saturday against Winthrop University, but that game has been canceled. They will return home again on May 2.