Just two games into the season, the Phoenix will pause activity after a positive COVID-19 case was identified among a Tier 1 personnel 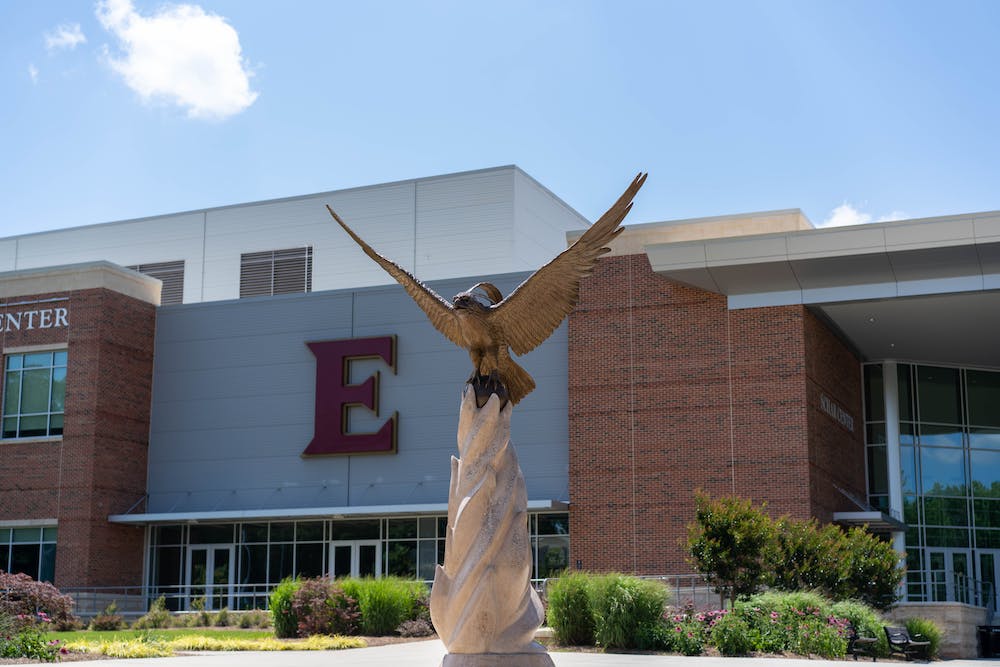 
The Phoenix Statue outside of Schar Center.

The Elon University men’s basketball team currently faces a 14-day pause on all activity after a Tier 1 personnel — which includes athletes, coaches and support staff — identified a positive COVID-19 case on Tuesday, according to a press release from Elon athletics. University spokesperson Owen Covington said that the university will not be releasing which group under Tier 1 the person falls under to "protect the privacy of the individual."

The positive case comes after the Phoenix played its first two games of the season, leading to victories against High Point University and North Carolina Wesleyan College.

According to the NCAA’s guidelines for college basketball, Tier 1 personnel are at a high risk of getting COVID-19 if there’s a positive case and masks and physical distancing haven’t been followed. But the guidelines also recognize that “the situation is further compounded because the nature of basketball makes it challenging to train in functional units.”

The press release said the team has undergone “regularly scheduled testing”, as required by the NCAA. Teams are now required to be tested three times a week with a combination of both antigen and PCR testing.

This pause in the team’s schedule also means that at least four games will be postponed, including against Duke University and the University of North Carolina at Chapel Hill. The meeting between the Phoenix and the Tar Heels would be the third time in three consecutive years. The Phoenix would play the Blue Devils for the first time since the 2017-18 season.

In the press release, Athletic Director Dave Blank said that athletics will continue to monitor the situation and make plans to return to practice and competitions when it is deemed safe.

“As we have said since the onset of COVID, the safety of our student-athletes is paramount and we will follow the guidance of our medical staff in making these decisions,” Blank said in the announcement.