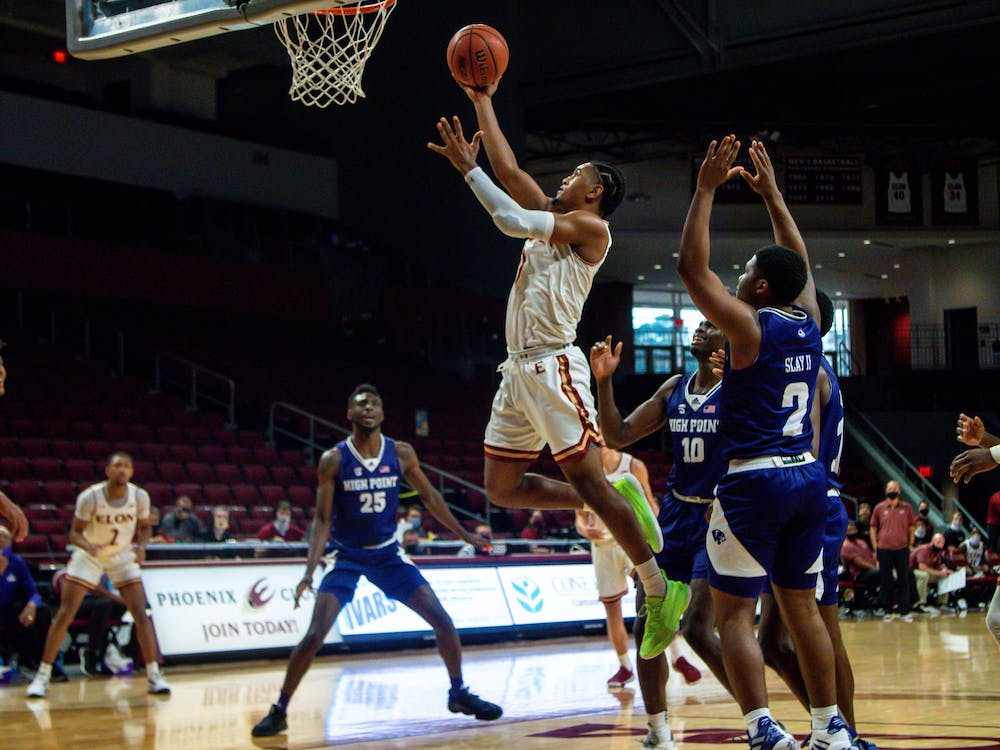 After trailing most of the game, a golden opportunity to steal the win came with three seconds remaining. McIntosh took to the free-throw line and drilled both shots to give the Phoenix the 76-75 win.

“You know those are the types of moments you live for,” McIntosh said. “The moments you shoot free throws by yourself for.”

Men's basketball Head Coach Mike Schrage said shots like those were made for McIntosh.

“I believe in [McIntosh],” Schrage said. “He’s built for those moments.”

McIntosh shined in the second half of the game, scoring 16 points and four 3-pointers. McIntosh, supported by his big forwards, junior Frederico Poser and redshirt-junior Jerald Gillens-Butler. Poser finished with 12 points and five rebounds. Gillens-Butler followed up his debut on Wednesday with another strong performance scoring 16 and collecting six rebounds. This win erases the 66-70 loss the Panthers handed the Phoenix last December in High Point.

“Obviously a competitive game much like last year,” Schrage said. “It’s a great game, they were fortunate enough to win last year and we were very fortunate to win today.”

After getting the game's opening basket the Panthers took back a three-point lead 5-2. For the remainder of the first half, the Panthers' lead dangled above the Phoenix who couldn’t quite break through. A late barrage of threes from the Panther guards would widen the gap. The Phoenix, who shot over 51% in the first half against NC Wesleyan on Wednesday, only connected on 10 of its 28 shots. By the first horn, the Phoenix trailed the Panthers 37-34.

The Phoenix potent offense seemed to take form in the second half. The team shot significantly better, 14-31 from the field. The Phoenix also got more three-point production from their guards, one of the calling cards of the 2019-20 Phoenix team.

Late in the second half, the Phoenix offense began to kick into high gear. A monster dunk from Gillens-Butler was followed by a flurry of 3-pointers from sophomore guards Hunter Woods and McIntosh, giving the Phoenix its first lead since the opening shot with under four minutes to play 68-67.

With one minute left, McIntosh nailed another 3-pointer to even the game up. Graduate forward Lydell Elmore shut the door on the Phoenix seconds later with a two-handed slam. Gillens-Butler drew a foul on the next possession but was unable to convert both of the free throws, keeping Elon one point away from evening the score. Luck fell on the side of the Phoenix when the Panthers missed two free throws on the other end. It all came down to Mcintosh. After drawing a foul with three seconds left, McIntosh unflinchingly hit both free throws giving the Phoenix a 76-75 lead and iced the game.