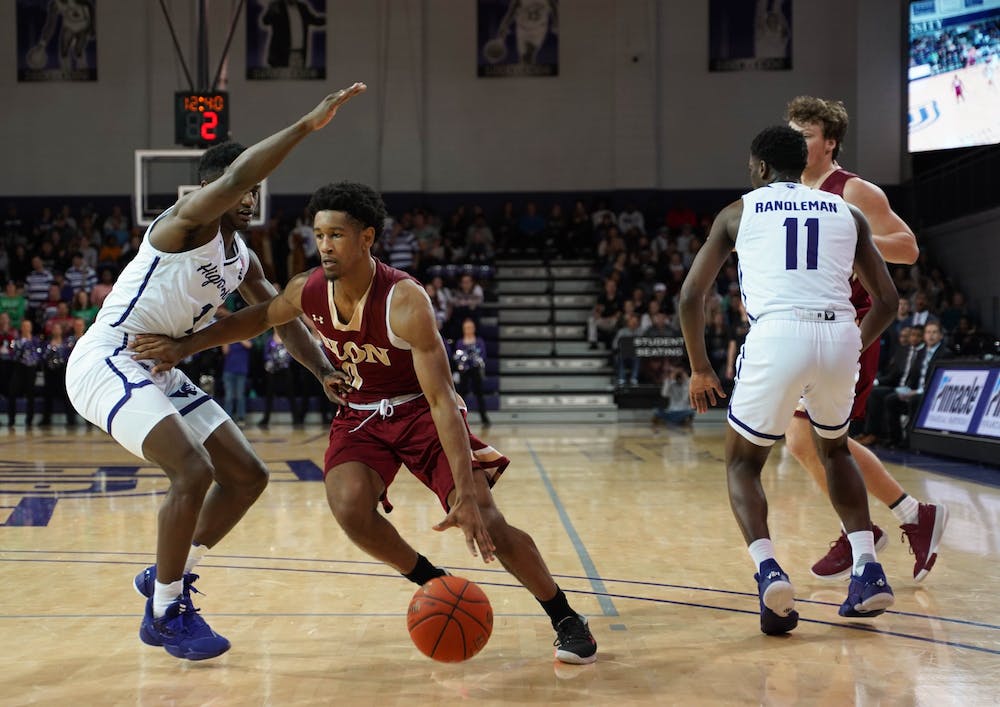 Coming off a victory at home earlier in the week, the Elon University men’s basketball team took on the High Point University Panthers Thursday night. The Phoenix fell to 3-7 on the season after losing 70-66 in overtime.

The Phoenix started strong in the first half and led by 10 at one point. However, the Panthers came roaring back thanks to six three-pointers. High Point also took advantage of Elon’s errors in the first, scoring 12 points off of turnovers.

Heading into halftime, the Phoenix were down 26-24. Despite the deficit, the Phoenix found production early from freshman forward Hunter Woods and sophomore guard Kris Wooten. The two combined for 13 points in the first half. Woods would finish his night with 18 points and nine rebounds. For the Panthers, freshman guard John-Michael Wright was perfect from three and went into halftime with 11 points.

The start of the second half started a lot like the first for the Phoenix. With just under 16 minutes left in the game, Elon went on 7-0 run to regain the lead.

Elon was able to maintain its offensive production after the hot start to the second half. With 11:59 to go, the Phoenix had a 39-35 lead.

The duo of freshman forward Zac Ervin and graduate guard Marcus Sheffield II pulled off an impressive run to get the score 51-40 with just over nine minutes left. The two combined for 12 points in a two-minute span to give the Phoenix an 11-point advantage. Ervin would finish the night with 16, a season-high for the freshman.

Ervin said that help from the coaches has helped him adjust to college ball.

“It’s a lot different and it’s a challenge for sure,” Ervin said. “The coaches are staying confident. Always in my ear. ‘Keep shooting. Keep Shooting.’”

Head coach Mike Schrage was not surprised by Ervin’s performance.

“He was going to break out and have a performance like this. All of our freshmen are not afraid of the moment. They’re going to keep growing up,” Schrage said.

After exchanging three-pointers, the game remained tied at 58-58 with five seconds left in the game. Hunter Woods was unable to convert a layup as time expired and the game would head to overtime.

In overtime, Elon continued its hot three-point shooting for the evening. The team made two three-pointers in overtime, and 13 total.

The Panthers stayed right with the Phoenix in OT, forcing a tie with 58 seconds left. High Point subsequently took the lead 20 seconds later, making the score 68-66. From that point, the Panthers put the finishing touches on the victory, and the final was 70-66.

Elon was leading by as many as 12 points during the matchup, but the Panthers found ways to come back and stay in the game. After the game, Woods talked about how the team has to finish games strong.

Elon has a lengthy break before trying to bounce back. The Phoenix will take on North Carolina Wesleyan on Dec. 14 at home.