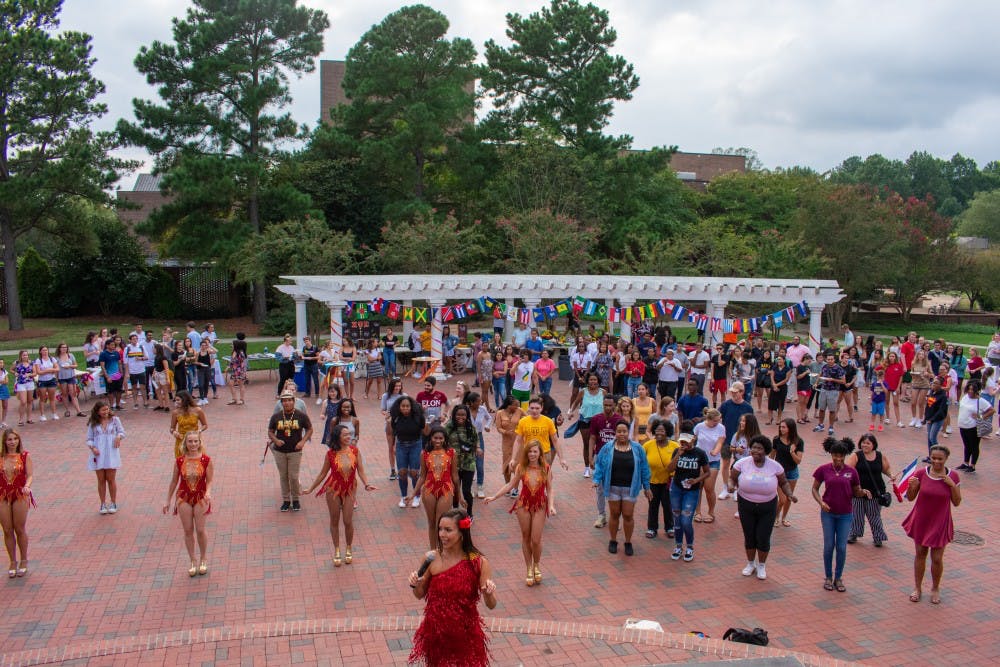 There are only nine Hispanic professors at Elon University, according to the 2019- 2020 university fact book. Despite having few colleagues with a similar background, professor of Spanish Federico Pous said that in his six years at the school, he has found his home within the university’s Spanish department.

“I can say that for me, it has been very easy to be with my colleagues in my department. That’s my home within Elon,” Pous said.

Pous is originally from Argentina, but he came to the United States to get his doctorate at the University of Michigan. He has been teaching Spanish at Elon since 2014.

Pous is also part of a Latinx task force that is attempting to create a professor-to-professor mentorship program at Elon. This program would be geared toward helping new Latinx and Hispanic professors immediately feel at home at Elon.

“Our goal is to have a good understanding of how Elon works and what are the needs for a Latinx perspective that are different from another perspective, ” Pous said.

Although the group has not taken action yet, Pous said they are currently speaking with the Elon administration to try to implement the ideas of the group.

Elon has several different centers on campus that promote diversity among students and staff. Being a professor of Spanish, Pous is familiar with El Centro, an educational and cultural common space for Latinx and Hispanic students to collaborate and celebrate. Pous said El Centro has become a place for Hispanic students to feel comfortable with their cultural differences from the majority of the student body.

“There are clusters of students which I have seen in El Centro working with a lot of [the] Hispanic population, and they create their own culture over there, and that seems to be something good because they feel welcomed,” Pous said.

Although spaces like El Centro give international students a place to feel like they fit in, Pous said he believes that Elon needs to create more multicultural communities so that there is less of a division on campus.

“It would be better to create a multicultural sort of environment that allows us to all interact and share our cultures,” Pous said.

Although Pous does not feel that he is treated differently because of his cultural identity, he does think that there is a stigma often placed around his department.

“We do research on cultural studies types of projects where we talk with people from sociology, anthropology [and] humanities, and some people get that, and some other people still have the frame of mind that we only do languages,” said Pous.

Luis Garay, the director of the Gender & LGBTQIA Center, has a different perspective on diversity at Elon. Garay’s journey to Elon stemmed from the fact that the school had a place for LGBTQIA students to call home.

“[My] journey to Elon revolved a lot around the fact that it was a small liberal arts college that had a GLC, [which] was really inspiring,” Garay said.

Elon has shown students and staff that they care about their differences, Garay said. They said they believe these communities also demonstrate an “institutional commitment” because the university has taken the time to create and staff these environments.

Garay said they have seen a good amount of interaction between different communities, such as Elon Admissions and the GLC. Both groups collaborate to help recruit a larger number of LGBTQIA students.

Garay said their identity goes beyond being a member of the LGBTQIA community, as their family came to the United States from Mexico. Garay said they have found a community at places such as El Centro, Irazu Coffee and the CREDE that are accepting of their gender and cultural identities.

“In the spaces I’m in at Elon, I bring my life experiences with my intersecting identities” Garay said.

Garay did so last year when they spoke at El Centro’s identity panel, which had people speak about the range of Latinx identities present on campus.

In order to continue promoting diversity across campus, Garay said the best thing the university can do is support the centers that are currently in place.