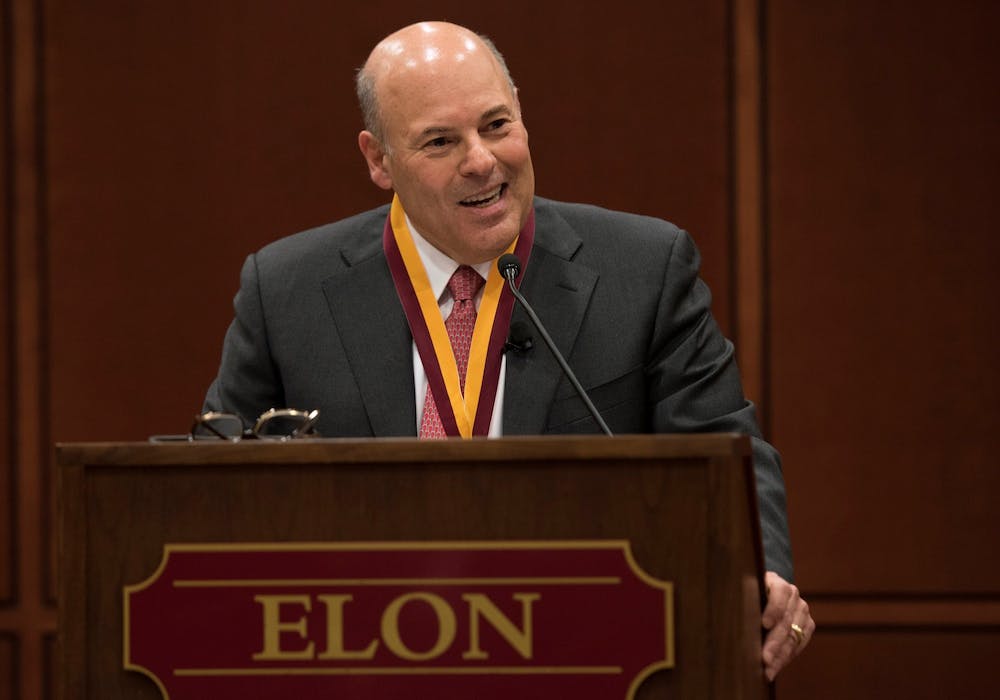 The Student Government Association passed legislation last night at their weekly business meeting that condemns the actions of Elon Board of Trustees member and Postmaster General Louis DeJoy, and requests that the board discuss his membership.

The legislation, which passed 43 in favor, four against, and three abstaining, cites DeJoy being in violation of Elon University’s Honor Code, stating that, “the effects of his policies are in direct conflict with the mission of Elon University, and impede the educational experience and success of Elon students, faculty, and staff,” according to the bill.

This is in response to DeJoy’s conduct in overseeing U.S. Postal Service budget cuts, the removal of mailboxes and mail sorting machines which could pose a threat to the upcoming election this November, and allegations against his campaign finance dealings.

Author of the legislation Andrea Sheetz, senator for the class of 2022, said her reasoning for introducing the bill was because university leaders should operate with the same “equity, integrity and respect” that are expected of students.

“[University leadership should] hold itself to the same values that Elon prides itself on and holds to the students,” Sheetz said.

Opponents of the bill, like professional senator William Wood, stressed that the importance of DeJoy’s contributions — including Odyssey scholarships — to the university should be considered before voting on passing the legislation.

“I can agree 100% that DeJoy’s actions as Postmaster General are concerning,” Wood said. “But his financial contributions both now and in the future, further the diversity and the accessibility to an education at Elon.”

Wood went on to emphasize that obtaining an education at Elon is “nationally renowned” and that this legislation could influence future contributions.

“I believe that if keeping DeJoy on the board means greater access to liberal arts education to individuals who deserve it the most, it is absolutely worth it,” Wood said.

Kiara Hunter, class of 2023 treasurer and Odyssey Scholar, said while she does not speak for all Odyssey Scholars she believes they should be funded.

“I feel like the purpose of the odyssey program is to endow students who would not be able to be on this campus with their own funding to attend Elon,” Hunter said. “If the person who is funding me to be here only will fund me if he gets to sit on the board of trustees, I'm not sure I want his money.”

Upon the passage of the bill, the Speaker of the Senate and Executive Vice President Jonathan Stettler is instructed to communicate the resolution to all members of the Board of Trustees, and request a transparent discussion on DeJoy’s place on the board that should be communicated with the Elon community, according to the legislation.

Elon News Network reached out to the postmaster general’s office for comment. DeJoy’s office said a response is forthcoming.

Aaron Simansky contributed to the reporting of this story.