Young voters, supporters and protester were in attendance to the Winston-Salem rally, the president's third visit to the state in the past two weeks 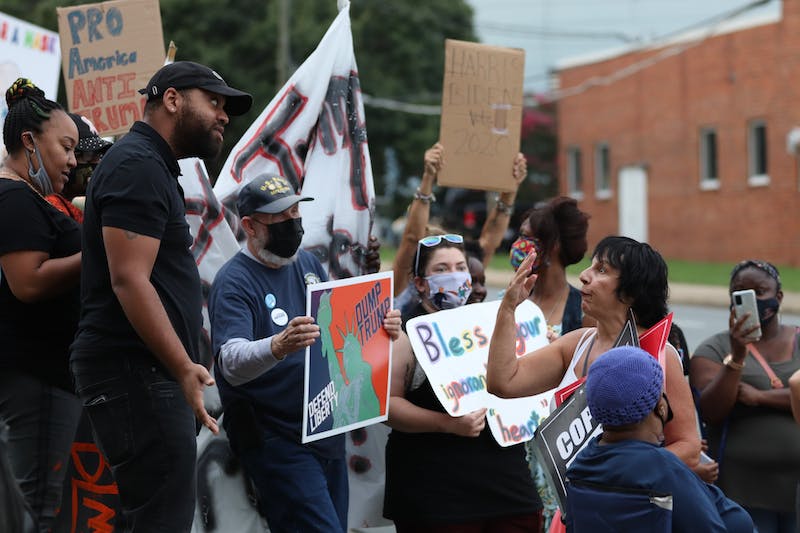 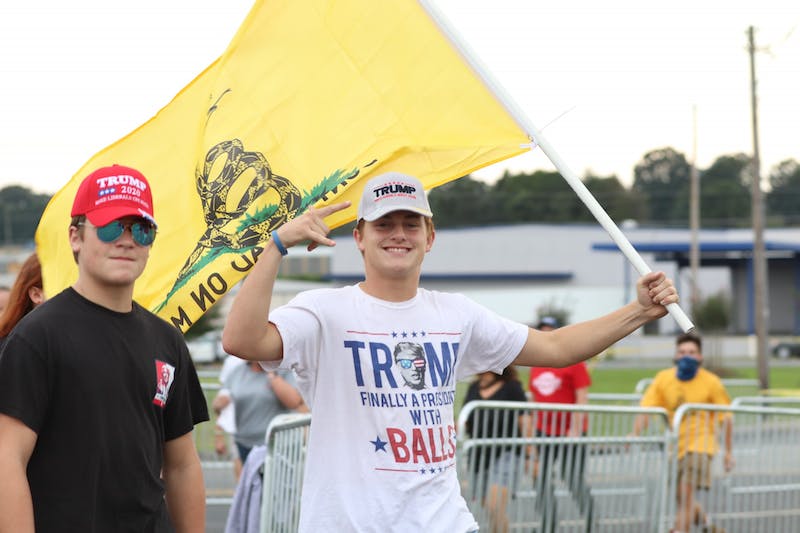 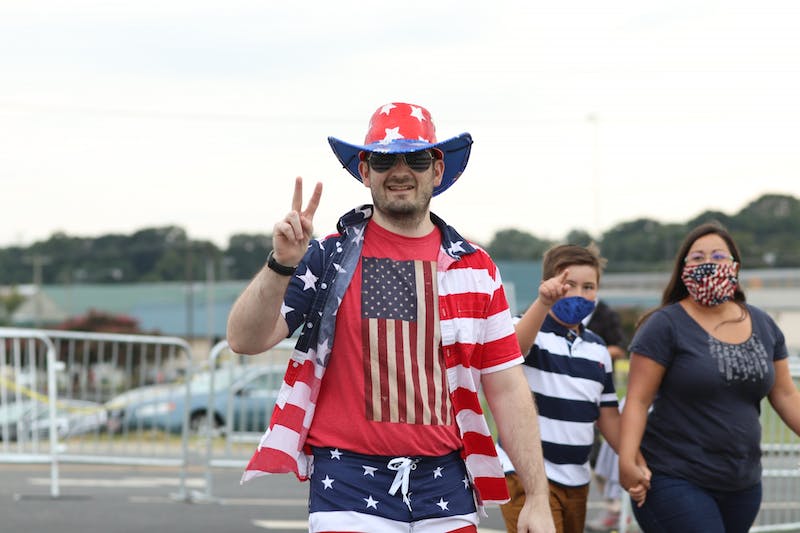 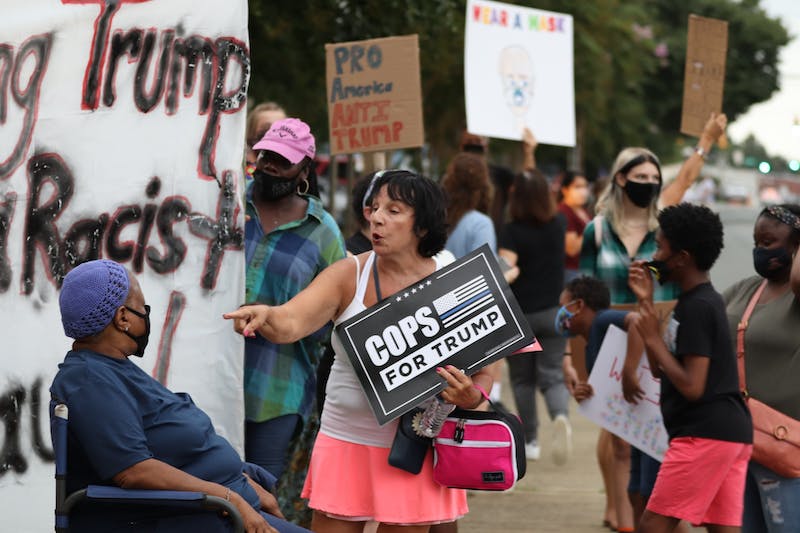 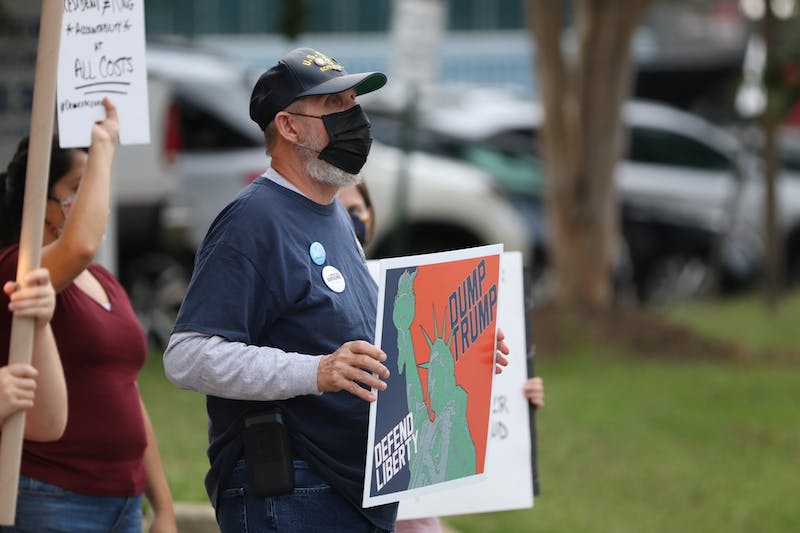 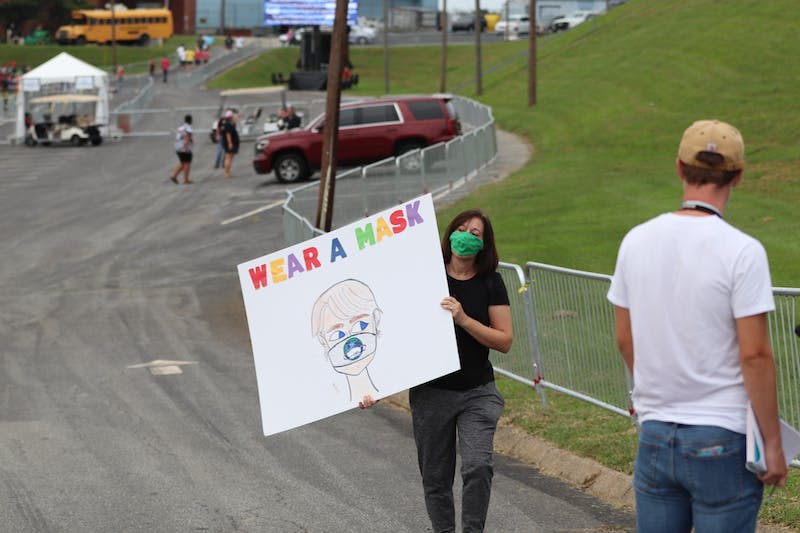 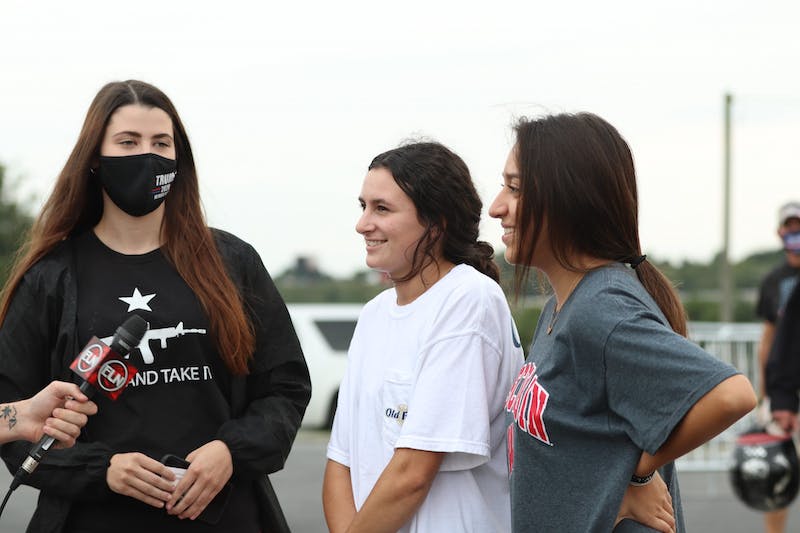 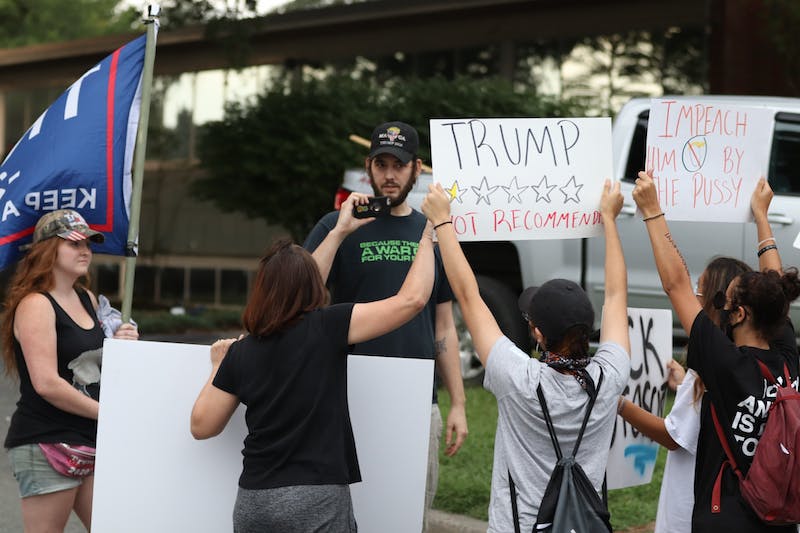 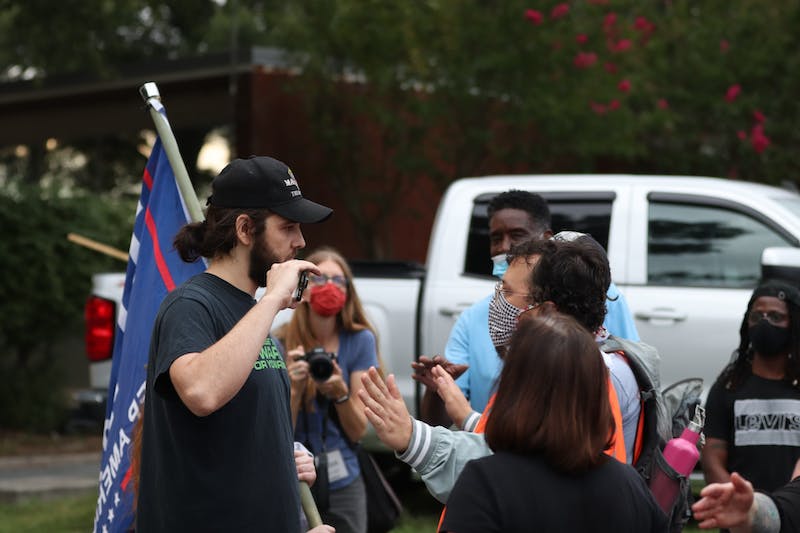 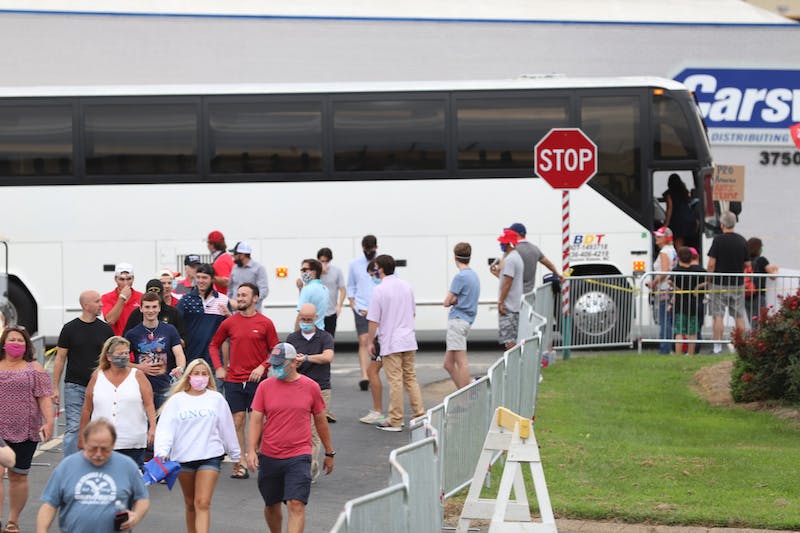 President Donald Trump supporters flocked to the Smith-Reynolds Regional Airport for his rally in Winston-Salem, North Carolina on September 8. Outside the rally, a small group of protesters clashed with supporters of the president.

WINSTON-SALEM — President Donald Trump held a campaign rally at the Smith-Reynolds Regional Airport in Winston-Salem Tuesday night, which was his third visit to North Carolina in just two weeks.

Rally attendees flocked to the event in large numbers with some not wearing masks, even as North Carolina still has limited its outdoor gatherings to 50 people and mandated mask wearing.

Gathering limits didn’t stop supporters from coming to hear the president speak, with many displaying their excitement for election day in November.

“I’m here to see the president talk and just hear what he has to say,” said Anderson Chau, a 17-year-old Winston-Salem resident. “I’ve heard all that's been said about him. I’m just trying to keep an open mind here.”

Chau will be turning 18 in October, and is among the young eligible voters this election cycle who will be heading to the polls this year to cast their ballot.

“Older people and adults will definitely vote. I used to think that young people’s votes don’t matter,” he said. “But they do, and then people complain about the government, but they literally aren't voting for change.”

Young rally attendees all expressed their concerns about the importance of the youth vote this year, including some college students that were present.

“Every vote counts, it’s the biggest thing you can do,” said Evan Klick, an 18-year-old Greensboro resident and student who attends the University of North Carolina at Charlotte. “I think a lot of people’s reason that they don’t think their vote matters is that they don’t understand how the process works.”

Klick said that he would be voting in person this November, and described some of the issues he would be thinking about when casting his ballot.

“I’m definitely thinking about immigration as an issue. I think our cities need to open back up, especially after COVID-19,” Klick said. “When Trump talked about opening back up all the states, that definitely resonated with me.”

Trump supporters were not the only people in attendance, with protesters lining up outside of the gates with signs, chanting their disapproval.

Lauri Stash, a protestor who was removed from the property, was holding a sign that said “wear a mask” to promote coronavirus safety measures.

“I have a simple message: Wear a mask. We’ve got nurses, teachers and elderly people,” Stash said. “We need to protect the community. If our president can’t set a good example by wearing a mask, I'm here just to tell people to do it.”

Other protesters in attendance discussed the issues that would be on their minds as they go to the polls, including police reform, healthcare and racial equality.

“As a Black female, I would like to see the Black community addressed as a whole,” said Twila Brown, a protest attendee who was part of a group demonstration outside the gates of the rally. “I would like to see police reform. Not necessarily defunding, but let’s spread the funds in a meaningful way to get the help that America needs.”

Brown was one of approximately 60 protesters demonstrating against the rally, sometimes clashing with Trump supporters on their way to the event.

At one point, demonstrators and rally attendees were face to face yelling at each other in repeated heated exchanges, with police watching closely from across the street.

But one thing both protesters and Trump supporters could agree upon was the importance of young people voting this year, with most people stating they would vote in-person due to uncertainties with mail in voting.

“It is critical and instrumental that you make your voice heard by voting either way,” Brown said, referring to voting either in-person or by mail. “If you have to in person, shake off that fear, put on gloves and a mask, and get that vote in.”

Both groups also felt strongly about this election and the role voters played in the democratic process.

“You have to know what your values are and what you don’t want to see happen in your country,” said Ashton Hamlett, a rally attendee who said she formerly identified as a liberal. “If you want to see your country change for the better, then you have to vote for what you think is going to make that happen.”

Jon Sarver and Emery Eisner contributed to the reporting of this story.