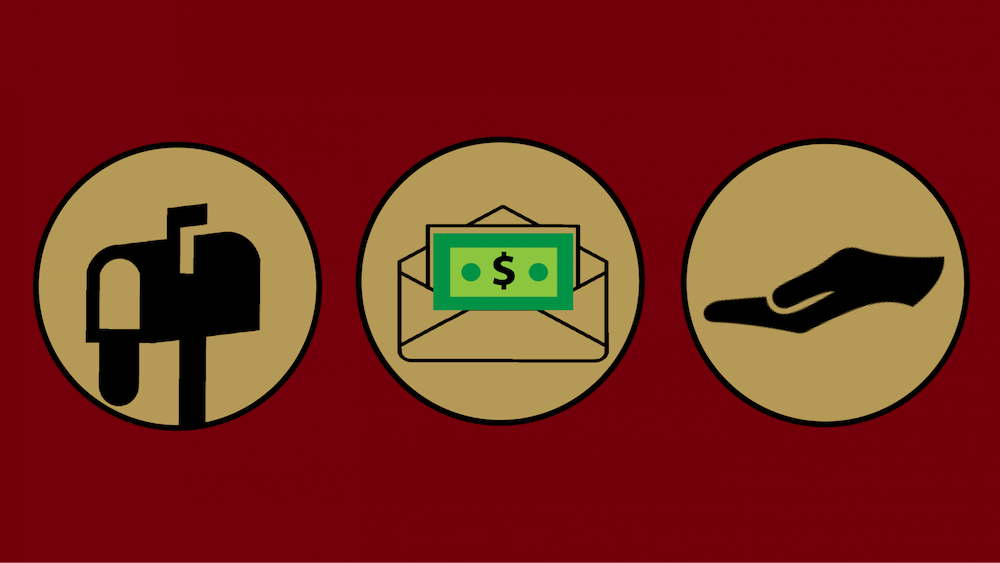 “This money was raised predominantly by Down Home members to help each other,” she said.

Since its launch, the fund has raised over $15,000 with 49% of requests coming from Alamance County.

Individuals can receive a one-time stipend of $50. To apply for aid, an individual can fill out a form on the organization’s website. This stipend can be used for any means.

There are no requirements to receive a check from Down Home North Carolina, which has been a stumbling block for offering aid.  Because there are no qualifications, Debbie Smith, the leader of distribution for Alamance County has encountered difficulty with people accepting the help due to lack of trust, believing they are not qualified enough or thinking it is a scam.

“If you say you need the money, we trust you,” Smith said. “Most people weren’t believing me or were just unwilling to talk.”

Smith was also one of the first recipients of the fund and wanted to be a part of the distribution because she witnessed firsthand how the fund can help. After being released from the hospital in March, she had community members deliver her meals for 6 weeks and she received the $50 check from Down Home North Carolina.

Even though Smith was not part of the planning process, she felt this cause was appealing. Since 2016, she has been a part of many campaigns Down Home North Carolina has organized.

“This one particularly touched me because it was our own people gathering money for people that need help in our community,” Smith said.

“People that have money don’t realize how much the little things can throw you,” Smith said.

According to Smith, many people have accepted help for a wide variety of reasons, from needing food for a pet to paying a gas or a light bill.

There is no determined timeline for when the fund will end.

“We don’t know what’s going to happen to our communities in the aftermath of COVID. We will continue as long as there is money in the fund,” Frisbie-Fulton said. “We have times in our life when we can give, but we also have times when we need help.”

Because of Smith's experience with the fund, she enjoys being able to provide hope to those going through a difficult time.

“It made me feel hope. It made me want to give back,” Smith said.