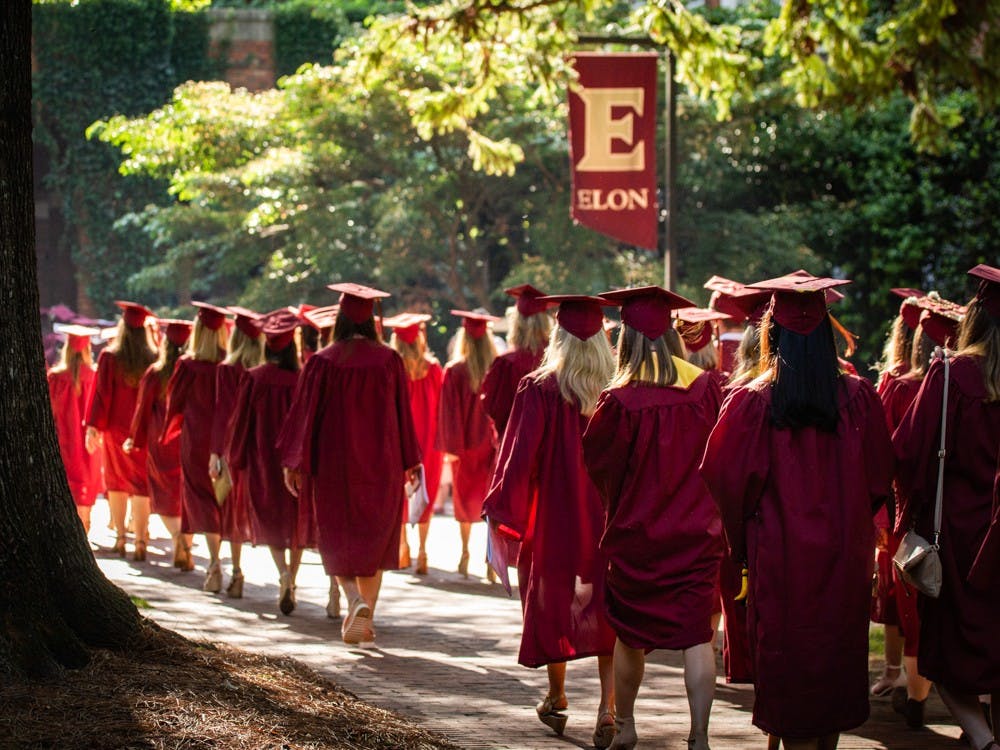 
Members of the Elon University Class of 2019 make their way to the commencement exercises on Young Commons during the morning of May 24, 2019.

Television producer and current Elon University parent Leonard Dick will be delivering the commencement speech during graduation for the class of 2020. Dick is best known for his producer credits on, "Lost," "The Mentalist," "House" and "The Good Wife."

Dick is currently a writer and executive producer on the Apple+ series "Truth Be Told" as well as the HBO Max show "Crime Farm."

Dick's daughter, Julia, is a current senior at Elon. The family along with Richard and Marcia Schulman worked to create the Dick/Schulman Hillel Engagement Intern Scholarship while also contributing to the Sklut Hillel Center and the Parents and Grandparents Fund.

The 130th Commencement Exercises for the university will begin at 8:45 a.m. on May 22 and will take place on Young Commons.