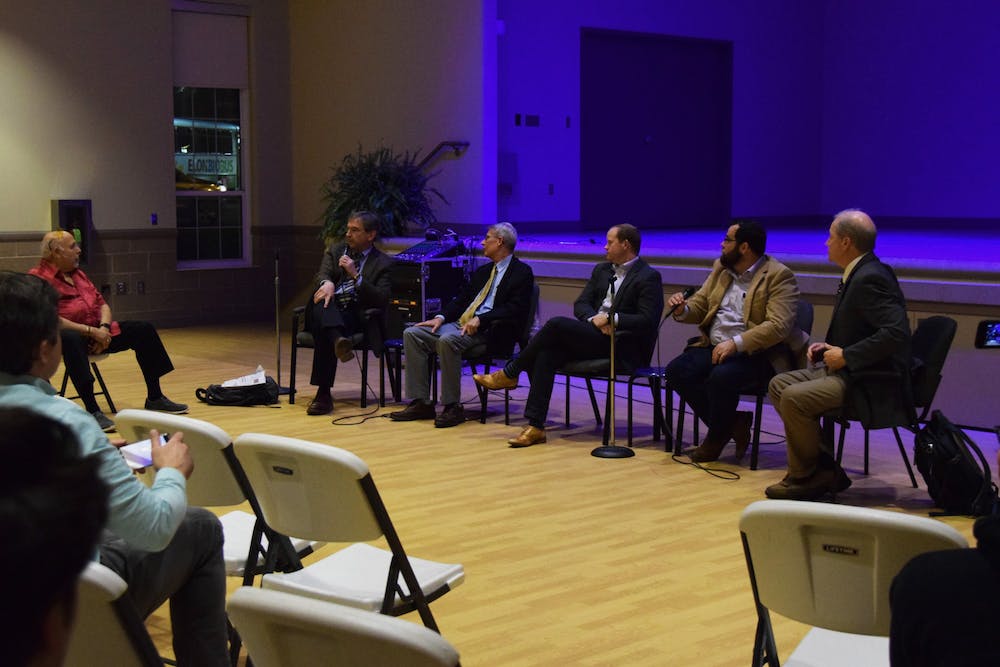 Elon University held a panel on Wednesday night discussing media, democracy and the importance of understanding threats to the press. The panel touched on a variety of topics relating to journalism and the media, looking at the consequences of social networks and finding reliable sources.

All of them have worked as journalists around the country and remembered a time when media played a much different role in society.

“It’s harder today in this digital revolution to have the money to invest in good quality journalism,” Scott said. Local news in particular has seen a dramatic decrease in funding and coverage due to a lack of resources.

Social platforms often can lead to polarized content, which feeds extreme thoughts according to Fuller. He cites the YouTube algorithm, which often leads viewers down a rabbit hole of increasingly opinionated content.

Scott believes that digitization, although it increases the efficiency and availability of news, causes problems when it comes to the accuracy of information due to a surplus of sources. He also placed concerns on the use of social media to promote deliberate false information.

“The other area where we’ve seen a lot of danger and we’re all concerned with is the kind of misinformation that is purposefully spread, particularly on social media,” Scott said.

Hatcher warned the audience about mistaking media feeds for journalism.

“Everybody is not a journalist now,” Hatcher said. “If there’s a wreck on the highway and a car is turned upside down and it catches on fire and twelve people get out with their cell phones and take pictures of that and then suddenly tweet it out, they are not journalists. They are sources.”

A major theme of the panel was finding the truth in today’s cluttered news field. With the vast amount of sources and information online, it can be difficult to find reliable and detailed media.

“You need a broad media diet,” Abernathy said. “You have to be responsible for finding the truth.”