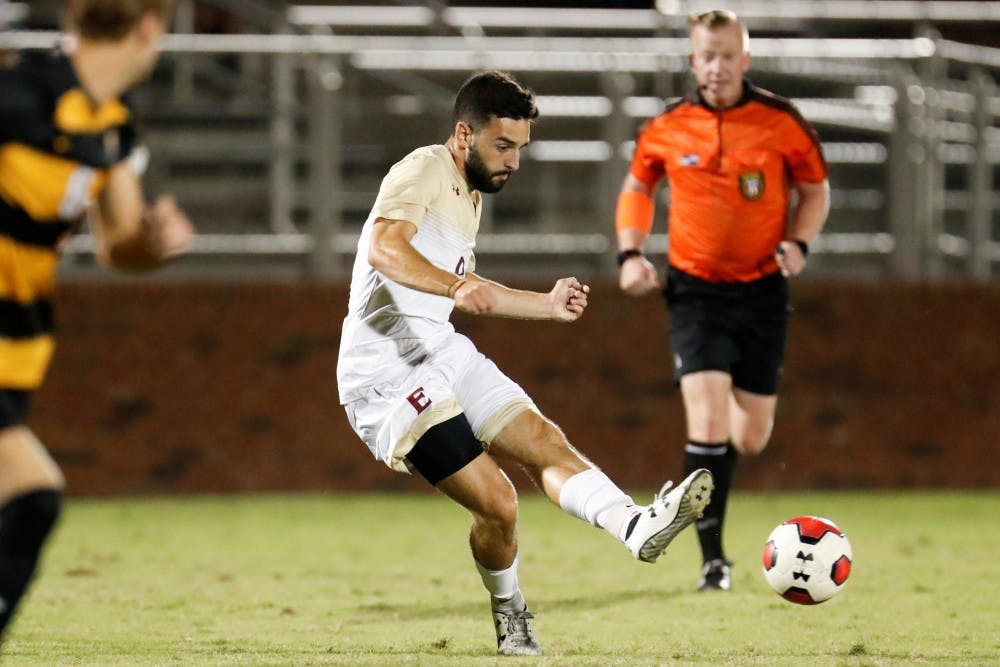 Two years ago, Gabriela Varisco de Oliveira made a decision that changed her life. She packed her bags, boarded a plane and came to the U.S., leaving her family in Brazil.

“It was really hard. I’m really close to them. I talked to them like every day. So that was hard,” Varisco de Oliveira said. “But once I came in the first month I was like, yeah this was definitely the right thing.”

Varisco de Oliveira is now in her sophomore year at Elon University and runs the 800-meter event for the Phoenix track and field team. Varisco de Oliveira said she has always loved sports. As a child, she swam, played soccer and ran. Running is the only one that stuck.

“My dad is also a runner, so I think it came from him and I was like, I want to run,” Varisco de Oliveira said. “And I found a club at home and then that’s how I started, and since then I’ve never stopped.”

When she started running, it was only one or two miles a day. Now, she runs 30 miles every week to practice for competitions.

“If I don’t run for one or two days, I miss it. It makes me feel good. I like being with my teammates. I like being at the track,” Varisco de Oliveira said.

Varisco de Oliveira’s situation is similar to other athletes such as Iñigo Bronte, who plays for the men’s soccer team. Bronte is from Pamplona, Spain, and attributes his start in soccer to his father.

“My father was a soccer coach from the time I was one year old. My father would take me to his soccer trainings,” Bronte said.

For Bronte, however, his love for soccer comes from the thrill of winning with his team.

“Being in the locker room with my teammates and the feeling of winning as a result of the group work, I think, is the most gratifying at the end,” Bronte said.

Despite their aptitude in their respective sports, both athletes struggled with their transition to Elon. Above all, language was the most difficult thing for them to understand.

However, both found the support they needed.

“Last year there was another Spanish teammate on the team that helped me a lot in the beginning,” Bronte said.

According to the 2019 Fall Registrar’s Report, there are only three students at Elon from Brazil and seven students from Spain, leaving Bronte and Varisco de Oliveira in the minority. Both said it was difficult to adjust when they arrived, but their teams supported them.

“Our team is really good about not just being teammates but being friends. We are not friends just because of track. We are friends besides that,” Varisco de Oliveira said.

While their friends were helpful and comforting during their transitions to Elon, Bronte thinks being in a mix of students at Elon is a good thing.

"You have to be proud of where you come from, and it's always good to celebrate it."

“In the end, I think it’s good for everyone.” Bronte said.

But while Bronte thinks the diversity is positive, he misses his roots and home culture.

“It’s one of the things I miss the most, being with my friends and family,” Bronte said.

Regardless, both athletes agree that their roots and culture make them stronger.

“You have to be proud of where you come from, and it’s always good to celebrate it,” Bronte said.