Changes to come in the funding of religious organizations 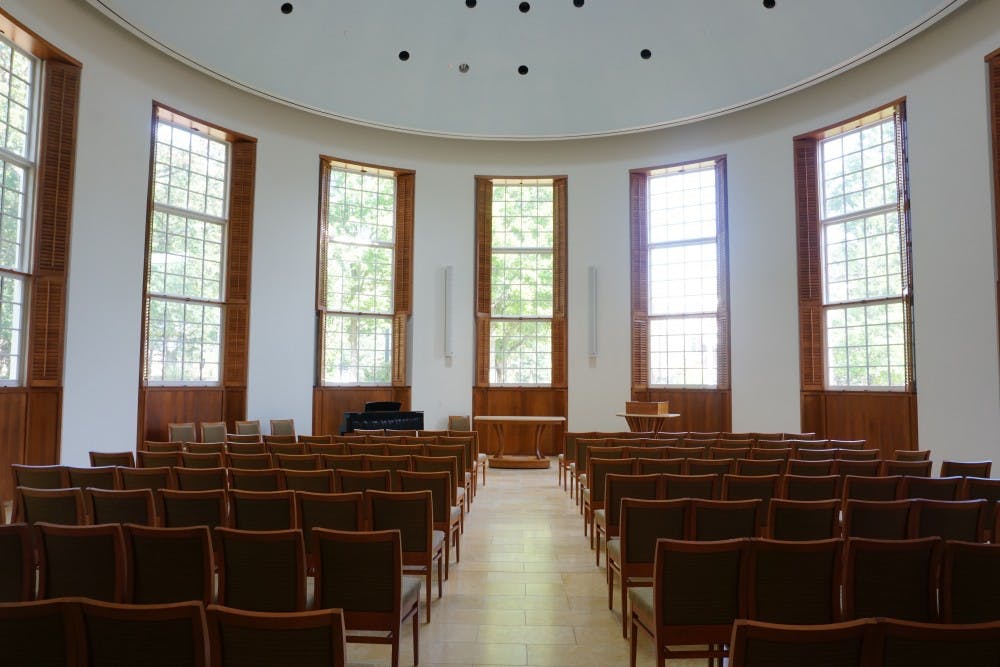 
The McBride Gathering Space is a common venue for the different religious event on Elon’s campus.

Money might soon have an effect on how students participate in religious organizations at Elon University.

Currently, organizations like InterVarsity and Hillel are recognized as student organizations. This means they receive a portion of their funding from the student activities budget, which is decided by SGA, and from their affiliation with outside ministries.

But Assistant Chaplin for Protestant Life Joel Harter has had questions in the past about the way SGA funding is determined.

“[Organizational budgets are] supposed to be based on size and level of engagement. I know there have been questions about whether that’s fully the case because often a group seems to get the same year to year,” Harter said.

But this may change next year when the new budgets are released.

Harter says having this new category will give students support the university can’t provide.

“There is no way the university could afford as large a team of folks that we have who are willing to care for students in this way,” Harter said.

Some religious organizations like Lutherans, Episcopals and Friends (LEAF) and InterVarsity both fundraise and receive monetary support from the university. But Harter says the money given to these organizations does not benefit staff members and instead helps pay for events the organizations have.

“The money would be for programming. They’d be for events students want to do, and that’s always money that student leaders ask for. They decided how it is used, there are rules about how it is used and none of that money ever pays for staff,” Harter said.

While the organizations that make this switch will lose some funding, Harter says for some it might only be around 2 to 3 percent of their budget.

But Harter stresses that allowing students the space to practice their faith is invaluable.

“I personally believe that students all want to live lives of meaning; they want to make a difference in the world,” Harter said. “They don’t all talk about it in the same way. For some, that connects to religion, for some, it doesn’t. For some, it’s spirituality and for some it’s not.”

This switch is set to fully go into effect next year, but for Harter, it all comes back to faith.

“There is meaning, and there is purpose, and for me, my core grounding principle is love,” Harter said. “That love is active and alive in the universe, and I understand God as love, and in my own faith practice, what I am called to do is to love God and to
love others.”