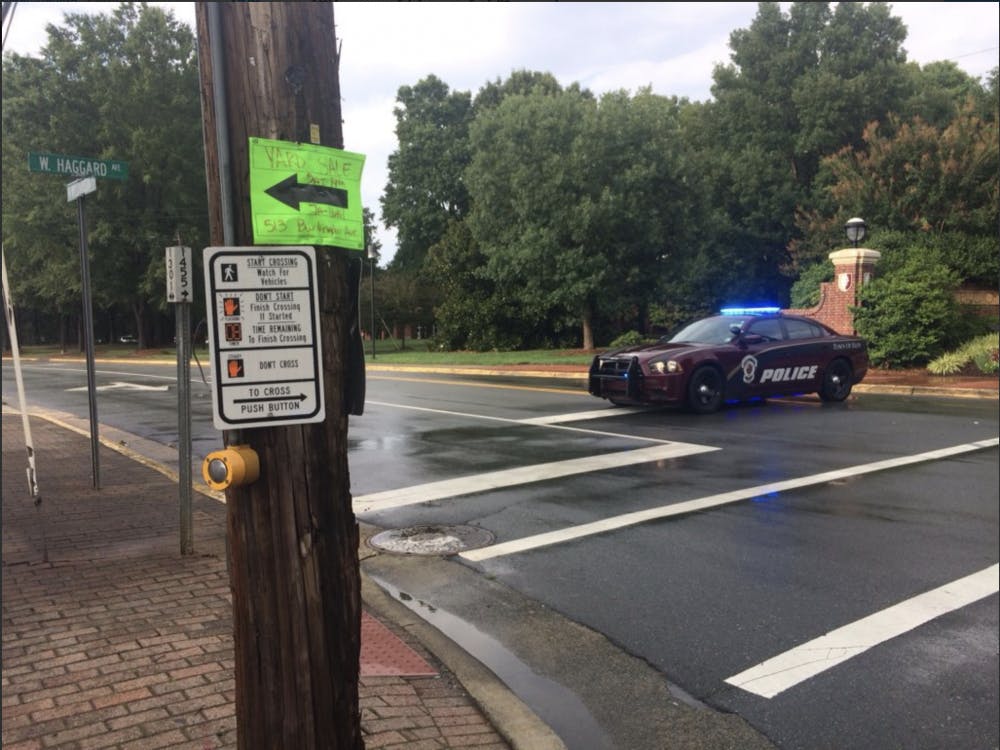 Photo by Selina Guevara | Elon News Network
Oaks Apartments was evacuated after a bomb threat was made on campus July 17.

UPDATE: 7:49 p.m. The threat was declared "all-clear" in a follow-up email from Dooley, who said there is no ongoing threat to the community. In the email, Dooley said police had started to search Oaks Apartments, but re-secured and locked all rooms that had been searched. Police are continuing to talk with the person of interest and their investigation is ongoing.

A bomb threat has been issued for Elon University’s campus after an unidentified female reportedly called in threats to the school, according to an email from Jon Dooley, vice president for Student Life. Police have found the person of interest and are talking to the individual.

Police evacuated Oaks Apartments until further notice and are conducting a precautionary sweep of the area. The Oak House and Belk Library are also closed until further notice.  Police are advising people to avoid Williamson Avenue between Haggard Avenue and University Drive.

Rising junior and Oaks resident Josh Schwaner said he was in the shower when a concerned friend who had overheard the news called and told him to get out.

"My heart was racing until I got off campus," Schwaner said. "I was calling my parents and it wasn’t going through, so my first thought was what if it happens when I’m driving away and I can’t talk to my parents and family?"

Schwaner is now safely off campus, and ended up getting ahold of his parents.

"I am very surprised this happened at Elon," he said. "Am I surprised that it happened in America? No. It’s kind of common culture for these types of things to happen now, which is sad."