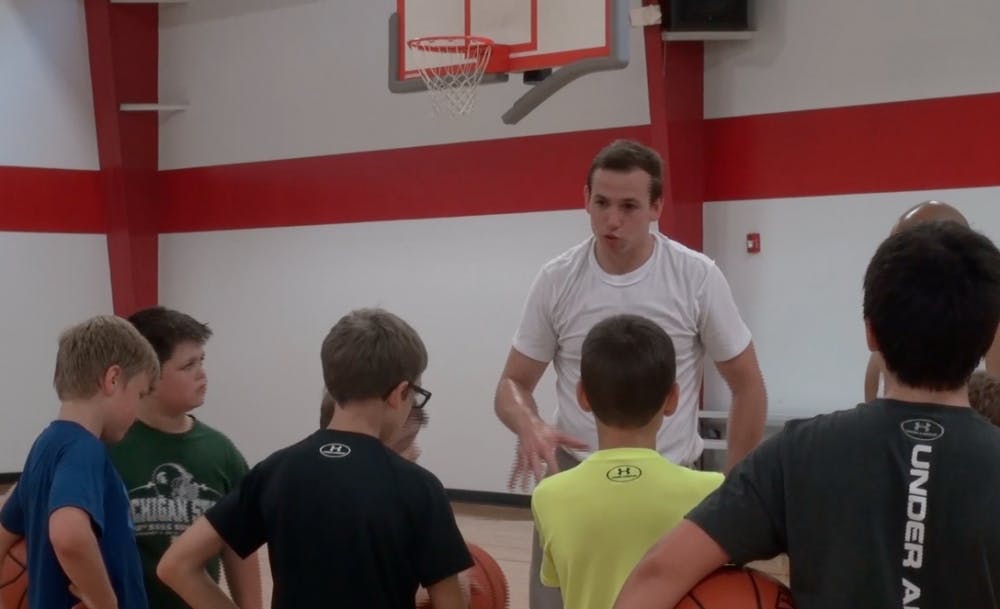 Former Elon basketball player Jack Isenbarger has heard the sound of dribbling all of his life, but it's who he's shooting hoops with now that's changing the rhythm of his game.

"Any time I can do something where it involves youth and basketball, I'm all about it," Isenbarger said.

Isenbarger started the Alamance Basketball Academy in February, teaching the fundamentals of basketball to the youth of Alamance County.

"It was something that just made sense really," he said. "I'm here, I'm in the area, and I have this passion for basketball and for training kids and so how can we organize this and make this a reality."

With the guidance of Colin Stephens, owner of Manzer Basketball Academy in Myrtle Beach, the business became a reality. Other small business owners such as the physical therapist that Isenbarger interned with for the past few months, also gave him advice he said. According to Isenbarger, however, it's about the kids, not just the training.

So far, Isenbarger has made these relationships with 45 kids, from third-graders to high schoolers, through clinics, private, and group sessions. One of the kids, 11-year-old Colton Hursey, attended almost every one of Isenbarger's games last year.

"You have kids who are hungry to learn and are in the gym and having fun, that makes my job super easy because it's like I tell them to do something and they do it," he said.

Some of these kids, according to Isenbarger, are funny as well.

According to Isenbarger, he's still discovering the ins and outs of single-handedly running a small business.

"I'm learning on the fly, which is something really fun because I'm so passionate about the things I do with the kids on the court," he said.

According to Isenbarger, his former Elon coach, Matt Matheny, has fully supported his new career.

"He's been tremendous in helping me figure out my career and my next moves. He's so good at helping kids not only when they're in school at Elon, but in their transition after life at Elon," Isenbarger said.

As for those next moves, Isenbarger hopes to start a developmental league, and amateur athletic union team, and get his own gym. Currently, he is renting space in Harvest Baptist Church's gym.

"My vision long term is to grow the academy to the point where everyone in Alamance County wants to come to me to train," he said.

Isenbarger is currently planning an upcoming shooting clinic, and will have a camp at the Alamance YMCA in July.