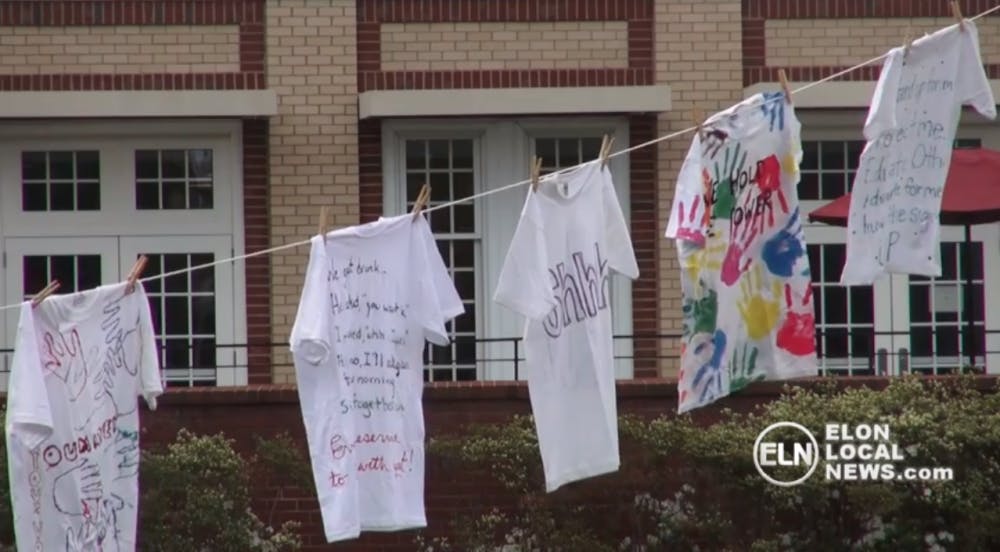 Elon students come together for Support Survivors Week in order to raise awareness for sexual assault.

The NSVRC states the one in five women and one in sixteen men are sexually assaulted during college, even though a majority of both never report the assault.

Students and organizations around Elon's campus are taking part throughout the month to educate, raise money and awareness.

Here's a list of events happening around campus from April 13-20:

April 14-Hoops for Survivors: 6:00-8:00 p.m. taking place at the basketball court at the Oaks Apartments, students pay $5 to join a three person team. All proceeds go to the Survivor's Fund.

April 16: Take Back the Night: 6:00 p.m. taking place at Speaker's Corner is a march to protest victim blaming. / 7:00 p.m. taking place in Whitley Auditorium is an event held where all members of the community are encouraged to come hear stories of sexual assault survivors.

April 20: "The Hunting Ground" screening: The highly talked about documentary about sexual assault on campuses around the nation.

For more information on Support Survivor's Week check out the Facebook page.