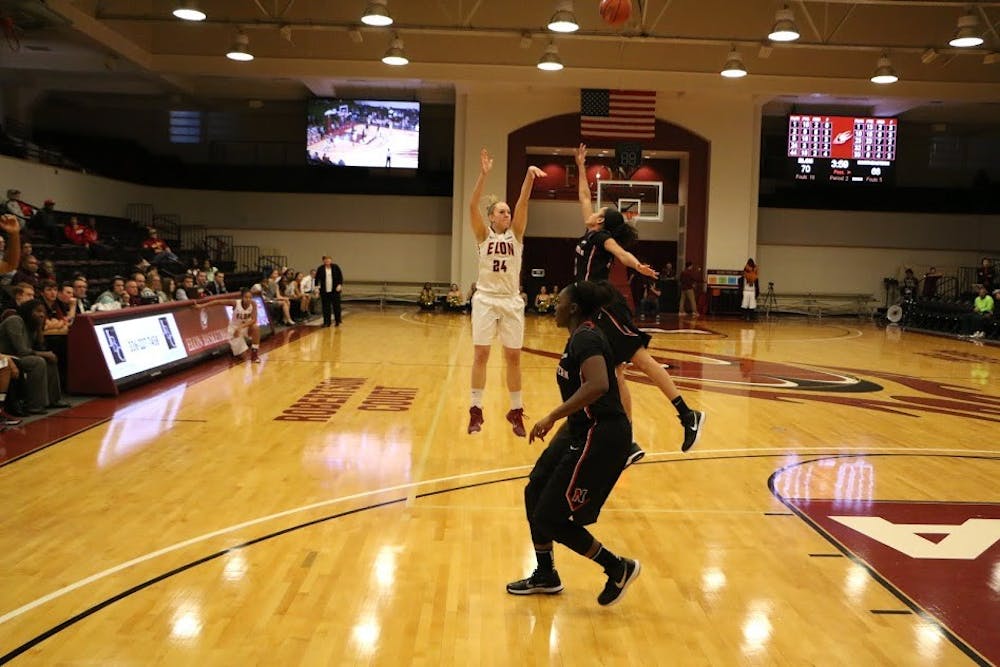 For the second time this season, senior Sam Coffer hit a late jump shot to give Elon a victory, this time with 1.1 seconds remaining as the Phoenix knocked off Northeastern 74-73 in Boston on Feb. 19.

Down by one with 10 seconds remaining, the Phoenix forced a Huskies turnover, giving them one last chance to win the game. Shay Burnett found a wide-open Coffer who made the long jumper to seal the deal in Cabot Center.

Elon got off to a hot start, leading Northeastern 14-6 early in the first half courtesy of threes by Baucom and Stephenson. But the Huskies would battle back and take a 21-19 lead with just over 10 minutes remaining in the half. The Phoenix would regain the lead once again and go into the break ahead 41-40.

Both teams unloaded from deep early in the second half and entered the final nine-and-a-half minutes tied at 58. The Huskies jumped out to a 71-67 lead with 3:31 remaining, but baskets by Baucom and Burnett kept the lead to just one before the final shot by Coffer.