Football kicks off the season at CAA Media Day 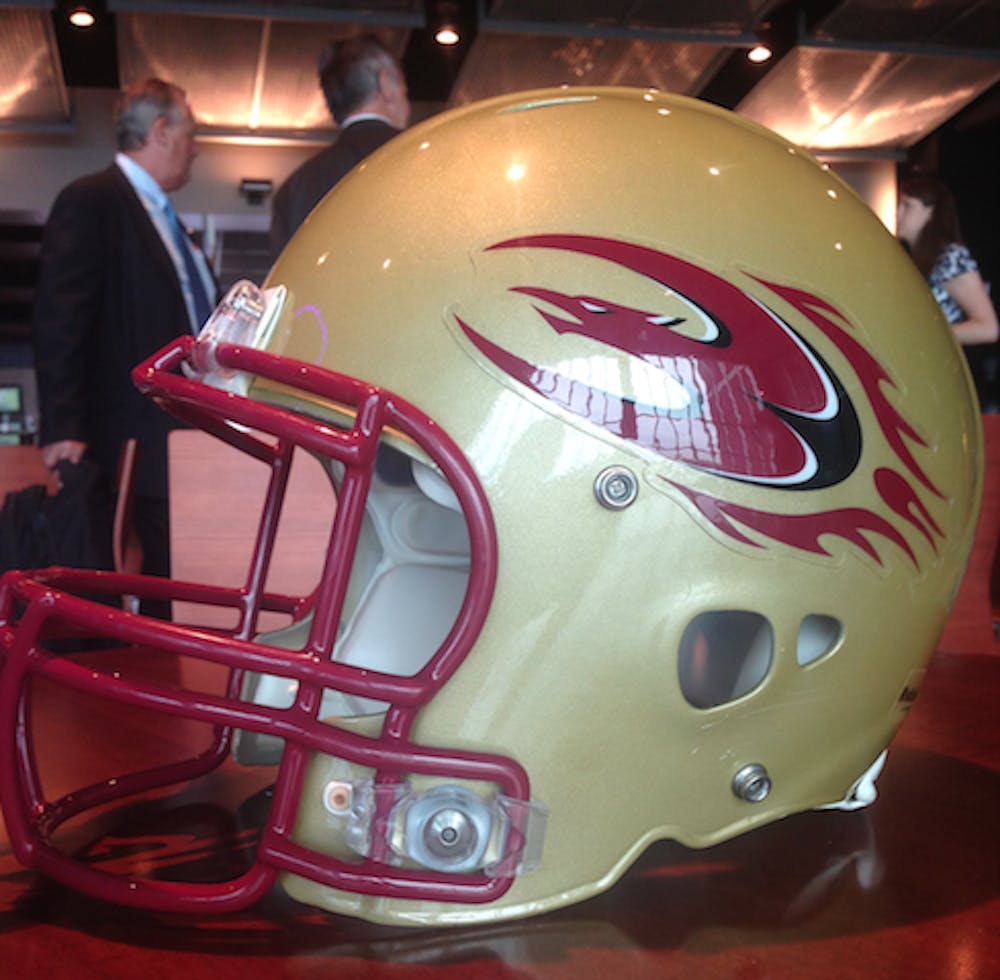 Elon Football is back in action

This event marked the official start of the 2014 football season for the Phoenix. Elon made the switch to the CAA on July 1 after spending the previous 11 years in the Southern Conference.

"It is such a neat league," said Skrosky, who took over for previous head coach Jason Swepson after he was fired last year following a 2-10 record in 2013.

Skrosky was the offensive coordinator for the Phoenix between 2006 and 2010 under Pete Lembo before following Lembo to Ball State. Four years later, he returns to the Maroon and Gold in hopes of reviving a football program that hasn't made a playoff appearance since 2009.

The early preseason polls for the 2014 season have Elon predicted to finish last in the 12 school conference.

"I don't spend a whole lot of time looking at them," said Skrosky. " We're a new team and a lot of these schools are unfamiliar with us. The fact is the fact: we weren't really good last year."

And Skrosky, who was hired in December, brings with him a new coaching staff, a new playbook and a new motto: "Embrace the Grind."

"I love him. He's a really good guy and he came in and has been very consistent with us," said junior defensive back Miles Williams. "He's brought a lot more energy to practices, a lot more consistency and he's very organized, something we've lacked the last couple of years."

And while Skrosky is pushing his players to improve on the field, he is also motivating them to grow off of it.

Skrosky brings with him a fresh set of faces that will make up the coaching staff. Among the new coaches are Jerry Petercuskie (defensive coordinator), Terry Lantz (defensive backs), and Patrick Madden (special teams), all of whom Skrosky has prior experience working with or has known throughout his career as a coach.

Skrosky is known for having an high scoring offense that revolves heavily around the quarterback.

During his time as a coordinator, Skrosky's teams were consistently among the best in the nation in passing. Last year when Skrosky was at Ball State, quarterback Keith Wenning threw for over 4,100 yards and was selected by the Baltimore Ravens in the 2014 NFL Draft.

The leader of the pass attack for the Phoenix is still up in the air. The quarterbacks of the team are senior Mike Quinn, who started all 12 games for the Maroon and Gold last year, and redshirt sophomore John Loughery, who was in relief for a few games last season.

"We are going to continue to leave the position open," Skrosky said. "Mike [Quinn] and John [Loughery] both had productive springs and both worked hard in the summertime."

While Skrosky has many uncertainties going into camp next month, one thing is for certain: Skrosky's wife, Suzanne, will be at every single game this season. The coach's wife has not missed a game, home or away, in 21 years.

The Phoenix open camp on August 4 and play their first regular season game at Duke on August 30.

Andrew Feather contributed to this article.