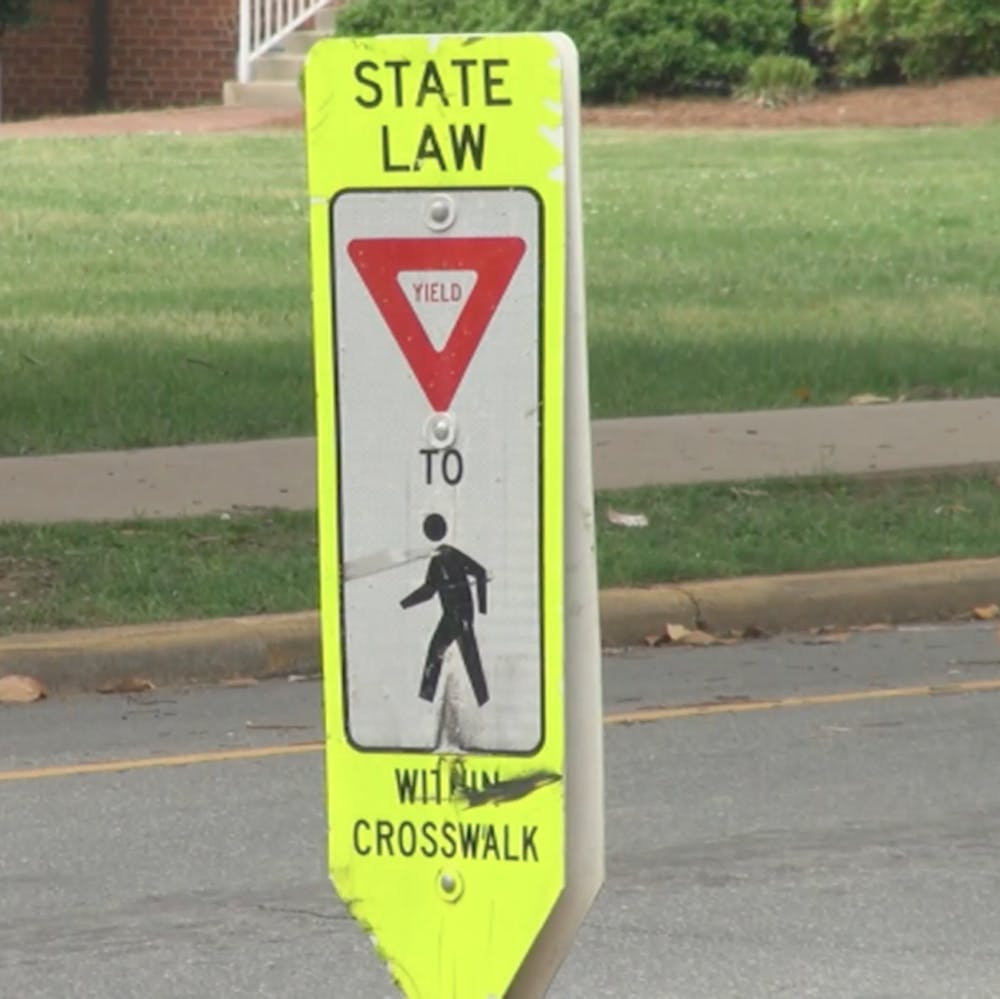 "I thought he was stopping and I went ahead into the crosswalk, and he kept going and he just hit me," said freshman Caroline Patterson.

Patterson is still recovering after getting hit by a car on May 6 while riding her bike to class. She plans to return to class for exams.

The driver of the vehicle was cited with a violation of entering a crosswalk or hitting a pedestrian at crosswalk.

According to Elon Police Chief Cliff Parker, Patterson is just one of seven bicycle-related accidents in the town of Elon since 2009.

"This young lady was almost across the street and the driver struck her," Parker said. "That's why I say there's not always something that can be done about accidents when they occur. We just try to mitigate it."

According to the police report, a car struck Patterson, knocking her off her bike. She suffered a gash above her right eyebrow and a mid-range concussion as a result.

"I hadn't thought for a second that he wasn't paying attention because it's a college campus and you're at a crosswalk," Patterson said. "I would think that he had plenty of time to see if people were coming across."

To reduce accidents like this, Dennis Franks, Elon's Director of Campus Safety and Police, encourages students to remember basic safety tips when crossing the road.

"It sounds silly, but stop and look both ways and make sure it's clear, and then proceed through the crosswalk," Franks said.

With 18 pedestrian-related accidents in the town of Elon since 2005, Franks has some advice for drivers as well.

"Slow down. Even though the speed limit is 20, slow down," he said.

"It's always been a topic of discussion and concern for us because we have a large number of students that move across our streets," he said.

Elon town and campus police are also teaming up to reduce pedestrian and bicycle-related accidents using North Carolina's "Watch for Me" campaign. Elon Town Police post the monthly safety tips the campaign provides for bicyclists, drivers, and pedestrians on the roadways on their Facebook page.

Patterson suggests that the campus put stop signs at crosswalks to reduce accidents, in addition to the "Watch for Me" campaign.

"Drivers would be forced to slow down and stop," she said, unlike what happened Tuesday.

"After the shock kind of wore off, I was about to burst into tears because I really thought that guy was stopping," Patterson said.

Patterson said she feels lucky after her accident because it could have been much worse.

"Don't assume that people see you," she said. "Always be careful. You'll be glad that you stopped."

She also plans to be more cautious when crossing the street.