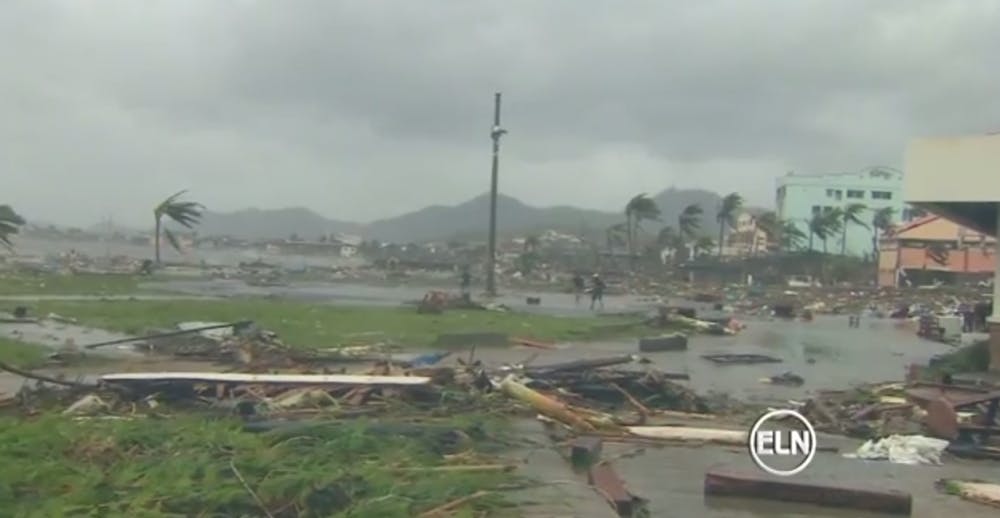 First-year student Gaby Chiongbian has lived in the Philippines all her life but now misses home more than ever.

"It really does make you feel homesick but more than anything I feel helpless," Chiongbian says.

Chiongbian called home to her family on Saturday, who was near the eye of Typhoon Haiyan.

"I asked them, 'What time is it?' and they said 'It's two.' I apologized, but I was so scared for them," she says. "I just wanted to make sure people from back home were okay."

The Philippine Armed Forces Central Command says 942 people are confirmed dead, but it fear the death toll is much higher. Troops and aid organizations are helping save survivors of the storm that demolished building and homes.

Elon student Marijo Saulln says her family in the Philippines is safe, but they are still on her mind.

"They're definitely safe," Saulln said. "I talked to my cousin this weekend and he said the storm barely hit them."

Chiongbian says Typhoons are common in the Philippines.

"I guess my initial reaction was like, 'Oh it's another Typhoon'" Chiongbian says, but she says she could not have imagined it having the impact of this degree.

"When I realized the magnitude of the Typhoon, I started to get worried," she says.

Chionbian and Saulln are both concerned that the places hit the hardest are underdeveloped. The poverty level in the Philippines is much lower than in the United States.

"When we get out of our subdivision you see a lot of poor people around," Saulln says. "You kind of get used to it. There will be people knocking on your windows."

"As it is, it's not the best place to be living and after they get hit by this," Chiongbian says. "It's going to be very hard and difficult for them to come back from that."

They say a developing country like the Philippines cannot afford this kind of a setback.

As for Elon students who live 8,600 miles away, it is a reality that may be difficult to accept.

"I just can't see a bright side to it," Saulln says. "I pray that they're all going to be fine but part of me knows that nothing good is going to happen."

There are many relief efforts students can get involved in. Gaby Chiongbian's friend in the Philippines set up a website where you can donate money to help those in need. Follow the link below to reach the website.