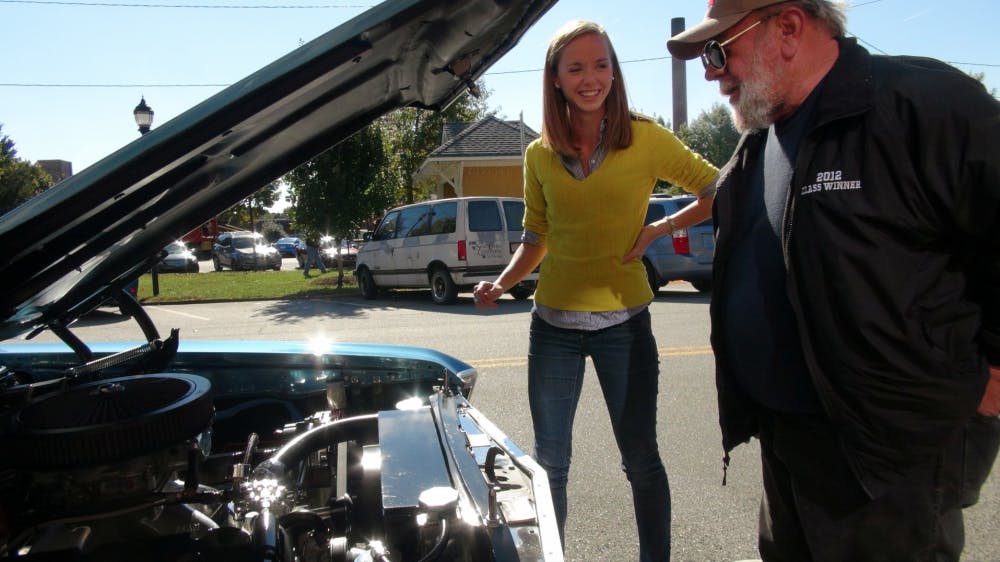 Classic cars littered old-fashioned streets and oldies music played from the speakers. Folks traveled back in time this weekend when they attended the Gibsonville Cruise In, which is only a few minutes off campus. In the midst of all the excitement, one car and one man stood out. His name is Doug Seawell and he builds classic cars for a living.

One car, in particular, stole his heart.

Today, the '67 Chevelle sits on display at Cruise-In's across North Carolina, but 40 years ago it was a drag race champion. Seawell campaigned it for 8 years on the drag race circuit and won three super stock world championships.

He started when he was just 21 years old and was trained by big name drivers like Warren Johnson and Bill Jenkins.

Seawell's passion for drag racing is so strong; he has difficulties putting it into words.

"It's just a legal rush. It's better than any drug you can get out here on the streets as far as I'm concerned."

He eventually retired and opened Doug Seawell Performance in Greensboro. His handy-work was all around the Cruise In and caught the attention of many car enthusiasts, including 10- year old Quentin Moize.

"I like that one right there! The motor looks like it's really cool and also the way it's black, it looks cooler," Moize said.

For Seawell, nothing beats the thrill of the drag strip, but the roads will have to do for now.

"Some people just drink more motor oil than other people, It's an addiction and you just don't want to ever give it up," Seawell said.

Gibsonville hosts Cruise-In's every fourth Saturday of the month from May to October.