No change in House or Senate majority following elections 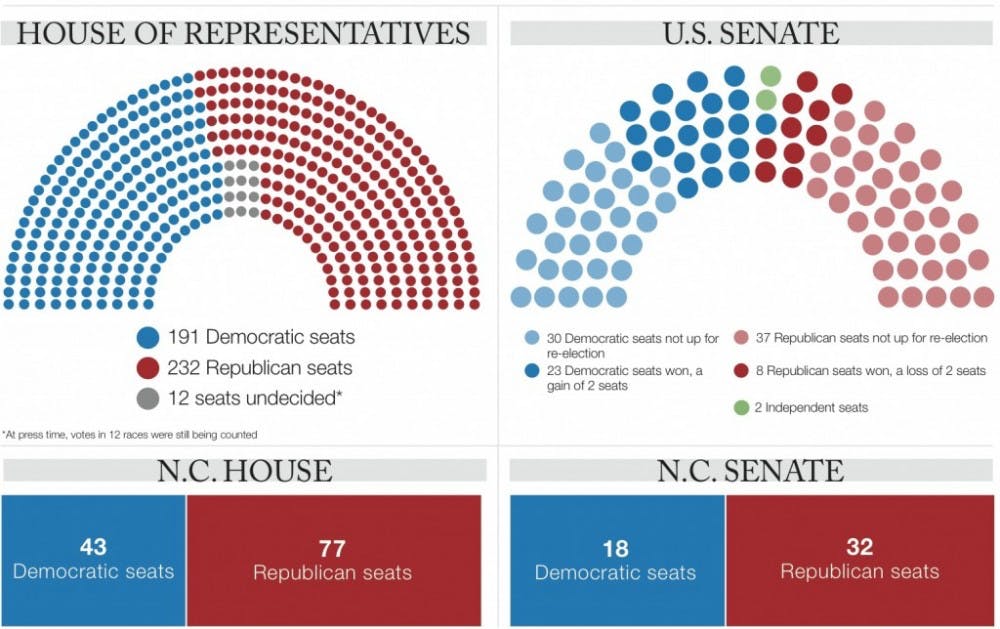 With President Barack Obama re-elected, the dynamic between the White House and Congress has not altered. Elon University professors have expressed frustration with division in the federal government, citing failure to compromise as the source of the nation’s problems.

“The do-nothing attitude has created problems for the country, and we probably could have bettered our economic situation and most other situations if most people in Congress had been willing to compromise,” said David Copeland, professor of communications.

He faulted members of Congress for their intentional inactivity and said during the next term the president should be more forceful in his approach with leaders of Congress and incite accountability.

David Crowe, professor of history, agreed the president should immediately initiate compromise between political ideologies. The economic situation is dependent on resolutions developed in Congress, he said.

Such divisiveness has prevented the government from addressing the end of the Bush-era tax cuts. With the approaching Dec. 31 deadline, lawmakers are pressured to devise a policy to prevent the United States from falling off the “fiscal cliff,” a process that requires a deal between Congress and the White House.

The gridlock that has characterized Congress the past two years has inhibited a resolution, causing the dilemma to bleed into Obama’s next term.

A change in national leadership would have changed the functionality of the government, Copeland predicted. Nevertheless, Crowe acknowledged creating a culture of compromise would be difficult for either presidential candidate.

Republicans hold the majority of seats in both the N.C. Senate and N.C. House of Representatives with 32 and 77 seats, respectively.