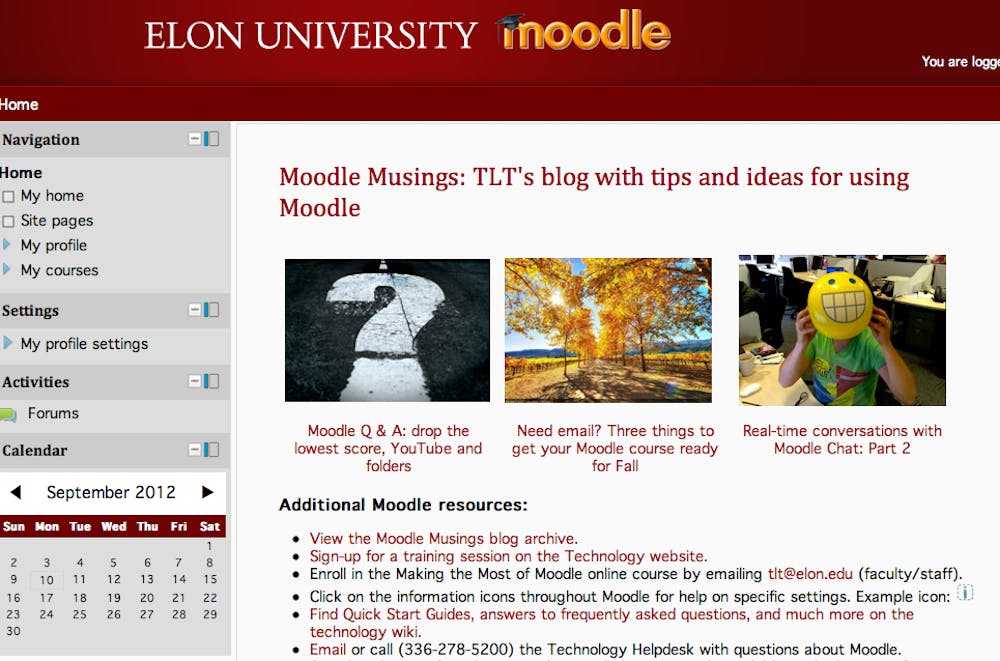 This year’s course management system—the tool used by professors and students for classwork and announcements—has changed from Blackboard to Moodle. Faculty members began familiarizing themselves with the new platform as early as fall 2011.

“Overall, the experience has been positive,” said Chris Fulkerson, assistant vice president for technology. “We have received more positive comments than negative comments. Many people think Moodle is easier to use. Some think the layout is better because more useful information is displayed on the front page.”

Fulkerson has received some complaints, though. He said some faculty members find it difficult to transfer data from Blackboard to Moodle. Others dislike the grading book, which is different than Blackboard’s grading system.

But students have been generally positive about the change, he said.

Joe Ziemba, president of the Student Union Board, said his organization will begin to use Moodle after the installation process is complete.

“I personally like Moodle better than Blackboard,” he said. “It never loaded and it took a thousand years to get from page to page.”

Freshman Jacquelyn Lanphear said adapting to Moodle is a learning experience for both students and faculty. Although all of her professors have access to Moodle, only one of them currently uses it.

“My Spanish teacher will use Moodle to send out mass emails to our class — which is helpful,” she said.

Fulkerson said he has gotten a few inquiries about a mobile version of Moodle (which is not currently available to Elon students). He is keeping track of how many people want the mobile application, and when there are enough interested people, Fulkerson said the technology department will purchase it.

Moodle has been noted on the Instructional and Campus Technologies blog as having group chat, file management, mass email and journal tools, but until more professors incorporate the program into the classroom, it is unclear how often these tools will be used.