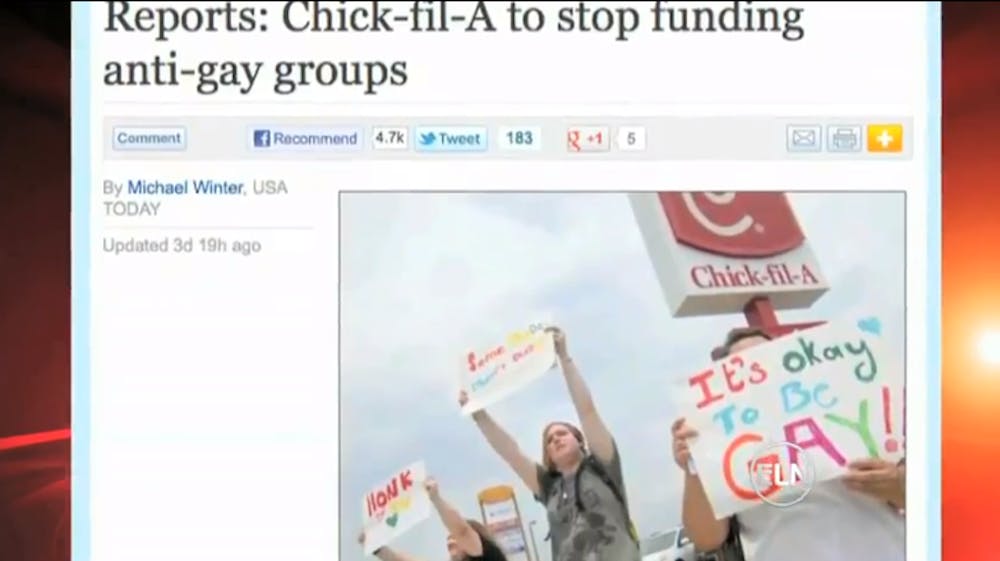 Chick-Fil-A became a part of every conversation this summer after the companies President Dan Cathy made remarks about his company's stance on Gay Marriage.

Now more than a two months later, Chick-Fil-A is being discussed again. Here at Elon.

Elon's LGBTQ group "Spectrum," proposed legislation that requesting an SGA vote against where the company's money goes. If passed, the resolution calls for SGA to request the removal of the company to school administrators.

"The text of this legislation was asking the SGA to take a stance on how Chick-Fil-A as an organization through their charitable donations do not align themselves with the university's non discrimination policy," Said SGA Executive President Darien Flowers. "And asked us to request that the administration discontinue with the funding of the group."

But at the moment, this legislation is stalled.

"There have been rumors going around that Chick-Fil-A has decided to cut the funding from those organizations." Said Spectrum Vice President Laura Lee Sturm. "Chick-Fil-A has not confirmed that they are cutting spending, and they have not denied that they are spending money. That puts us in an awkward position."

Currently Spectrum is holding off on their proposal to see how Chick-Fil-A responds.

President Dan Cathy has come out saying that the information about funding was false, however the company itself has not verified this information.

Spectrum should have an answer within a week. If they choose to renew the proposal, it will begin legislative process again with a two-week wait on Vice President Connor O'Donnell's desk to be viewed by students.