Tattoos, Tags and Cheerleading combined in one Elon student 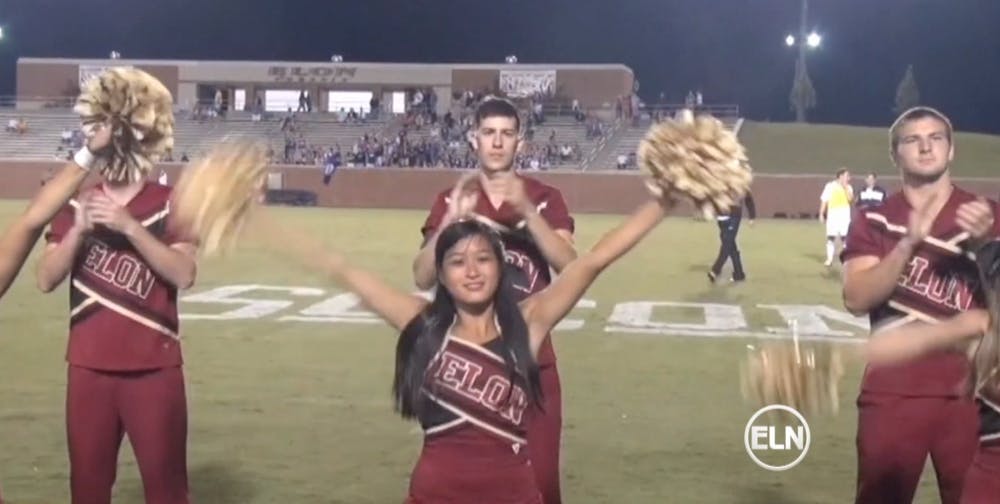 Senior Andrew Creech wears his uniform like a badge of honor and is very proud of his decision to enlist in the army. He immediately displays patriotism when you see him. All you have to do is look at the tattoos inked all over his body.

"The one on my wrist is the cross rifles. It's the insignia of the infantry in the army," Creech said.

He goes on to describe the biggest tattoo on his body, located on the right side of his stomach. He says "the tags inside are used to identify soldiers if they're lost in battle." He already tattooed his name inside the tags.

Not only does he dedicate his time to the army, Creech also participates in an unconventional division one athletic sport. Creech is a proud male cheerleader. What started off as a dare from his hall mates three years ago, became an addition to his already routine lifestyle.

"A lot of people are surprised. They see the army guy. They see the tattoos and they would never guess that someone like me would be a cheerleader," he said.

Creech dedicates over 10 hours a week cheerleading, from the beginning of the school year towards the end of march.

Whether he's training for the army, or cheering on the field, Creech says that he's constantly giving his all.

"All the strength I use in cheerleading, I use in the army. Me being in shape for one helps with the other," he said. "My leadership has expanded. I feel like I can go out there and conquer the world now"