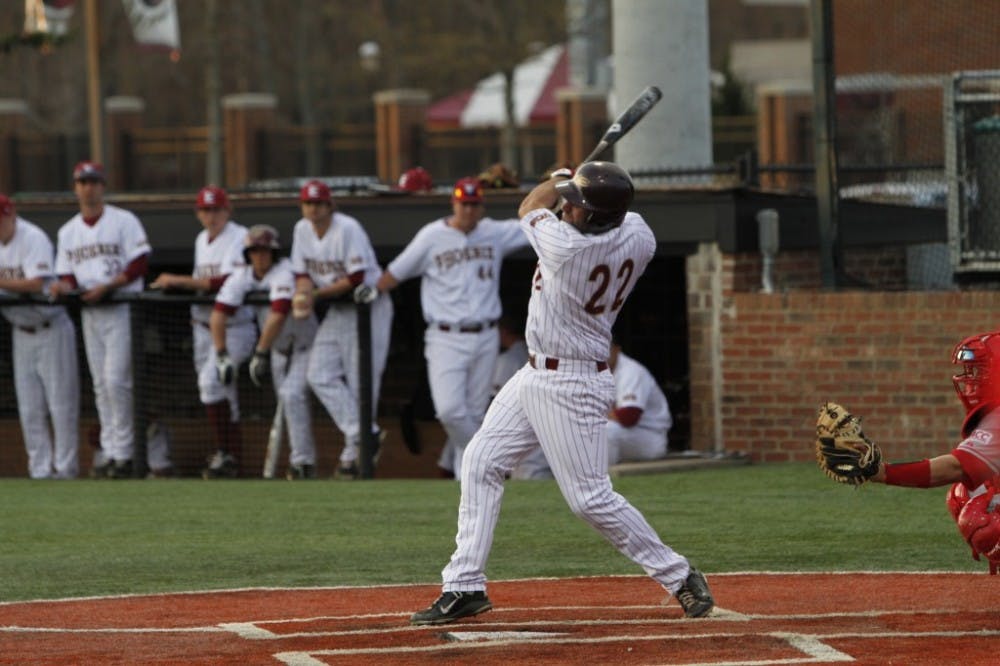 On paper, the Elon University baseball team’s trip to Wofford College in  Spartanburg, S.C., was everything the Phoenix could have wanted.

It was a three-game opportunity for Elon to correct its ills against the team at the bottom of the Southern Conference standings.

But games aren’t played on paper. The Phoenix was humbled by the Terriers, who took two out of three in Spartanburg and all but eliminated Elon’s hopes at an at-large bid into the NCAA Tournament.

If it wasn’t for a solid performance from staff ace Kyle Webb, the Phoenix may have left Wofford without a victory. The junior right-hander struck out seven in six shutout innings of the first game of Saturday’s doubleheader.  The Jacksonville, Fla., native has allowed just one run in 21 innings over his last three SoCon starts.

His formula for success: Don’t walk hitters and get ahead early in counts.

“I’m really trying to throw strikes, get ahead of guys,” Webb said. “There’s no real special ingredient to it.”

Once again, the Phoenix has been gifted with a schedule that seems favorable on paper. Elon (23-19, 13-8 SoCon) goes on the road for a midweek game against UNC Wilmington April 25, then returns home for a three-game set against UNC Greensboro. The Spartans are just 6-12 in SoCon play, a game ahead of Wofford.

Recent history shows this means relatively little. But the Phoenix can take solace in knowing that the remainder of its conference schedule will take place at home.

“I think our guys now can’t take anybody lightly,” Kennedy said. “I hope that’s not what we’ve done. I think more than anything, our schedule’s just been tough on us. We’ve been on the road so much and our conference didn’t do us any favors in the way they scheduled us this year. But now we get the chance to look forward to being home for nine straight.”

Still at the forefront of baseball conversation around Latham Park is the health of junior centerfielder Niko Fraser. Fraser has struggled with the bat this season and is hitting just .246, but has stolen 10 bases this season, tied for tops on the team.

Fraser has missed 11 games since sustaining a concussion April 6, his fifth documented concussion since high school. He had aimed for a return in time for the Wofford series, but Kennedy said Fraser “wasn’t close at all” to being ready by the time the series came around. Kennedy is holding out hope that Fraser will be able to return by April 27, if not Wednesday against UNC Wilmington.

“(Fraser’s) a pivotal part of our offense, and he hasn’t been in there, so it’s been hard to work around it,” Webb said. “Having him back would be a definite help.”

And right now, the Phoenix needs all the help it can get.