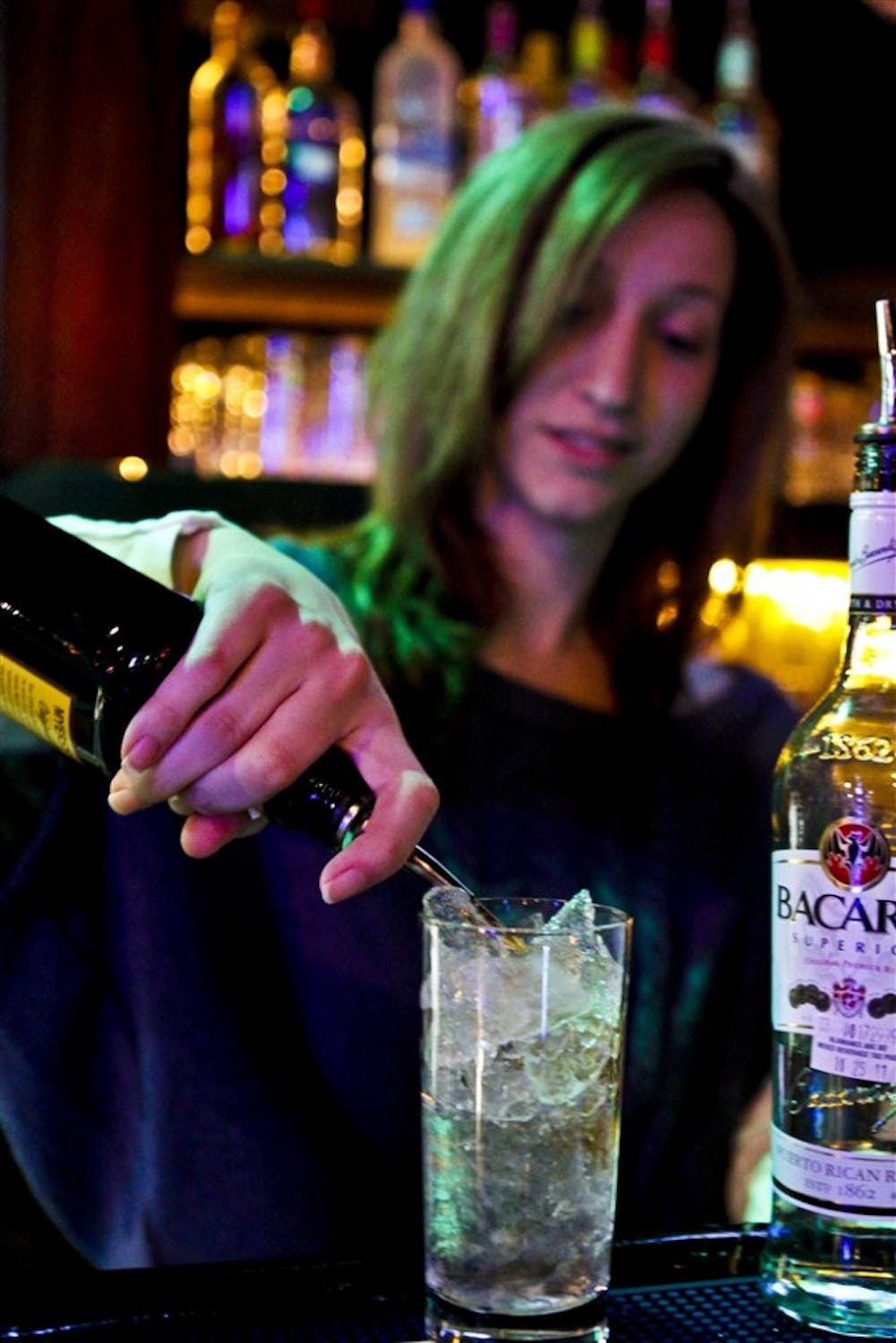 MacKenzie and co-owner Peter Ustach approached the Elon Board of Alderman regarding the sale of liquor by the drink in the town in hopes of attracting more people and matching competition, Ustach said.

"The expectation happened," MacKenzie said. "We intended to operate business with liquor by the drink to accommodate a wider range of people, and it did exactly what we thought it would."

Since Jan. 1, a larger number of young adults have frequented The Fat Frogg, MacKenzie said. Although more professionals have taken advantage of the sale of liquor in the establishment, Elon University students have still responded positively, according to MacKenzie.

"I absolutely think students will take advantage of it," said senior Tayler Mettra. "I think a lot of students who come of age while in college, when they can buy drinks at a bar, want to buy drinks other than beer because that may be what they are drinking at home."

Freshman Matthew Mintzer shares Mettra's opinion. He said he believes the sale of liquor will change the atmosphere in the restaurant and entice more people to attend.

"I think liquor by the drink just simply made the restaurant a whole package, and I think it is evident in the diversity of the clientele that we have," MacKenzie said.

"My biggest concern is young ladies that will consume liquor as opposed to beer or wine," he said. "Young ladies will less likely drink six beers because of the weight, but they would have six Jell-O shots in 30 minutes, so I'm afraid we're going to have more alcohol poisonings as a result."

"Students just need to understand that the percentage of alcohol is substantially greater than that in beer or wine and the amount they consume has to be reduced," Gantos said.

"Now we can monitor a customer's behavior based on how much we know he's had, when before you had to monitor his behavior not knowing what he might have consumed outside of the restuarant," MacKenzie said.

Since the sale of liquor by the drink, MacKenzie said he noted fewer liquor bottles in the Fat Frogg parking lot, which suggests the majority of alcohol clients drink is consumed within the establishment.

"If it's not available and that's what they want, they're going to get it anyway," he said. "That was one of our main concerns and what we wanted to accomplish."