Mediterranean Deli to reopen in Elon

The deli and bakery will be located at 116 N. Williamson Ave 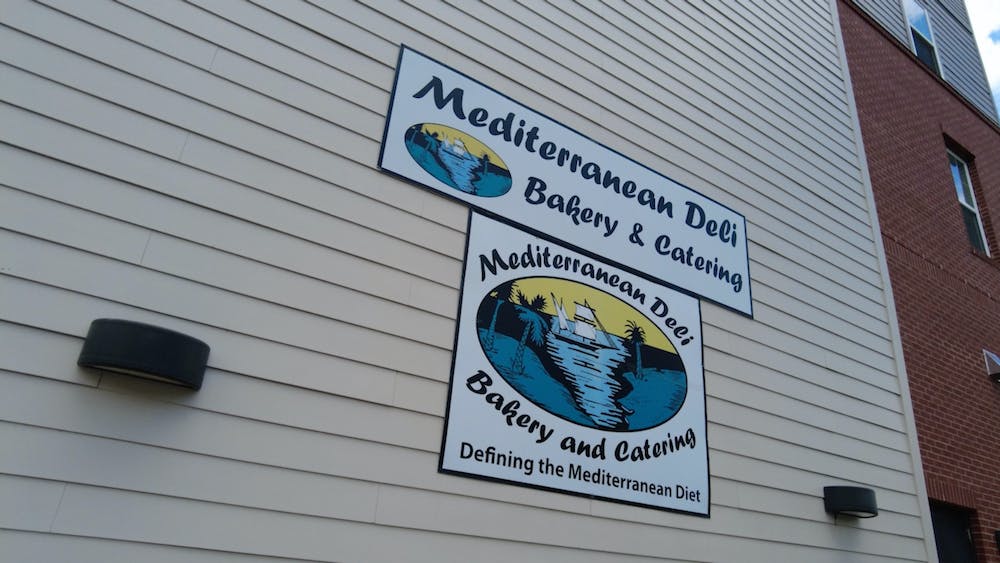 After four years, Mediterranean Deli, in downtown Elon, posted a sign in the window announcing the closure of the location Aug. 18, 2022.

Updated as of Jan. 16, 2023 at 10:14 a.m. to include a statement from Vice President for Finance and Administration Janet Williams.

Mediterranean Deli plans to reopen in Elon this summer at 116 N. Williamson Ave. where Acorn Coffee Shop is currently located.

Owner Jamil Kadoura said the restaurant will begin moving into the space this spring once Acorn Coffee Shop becomes vacant. He said Mediterranean Deli will likely be open in the summer because the move will take time. Kadoura did not disclose to Elon News Network the name of the business at the N. Williamson Ave. location, where it is moving to or if it is permanently closing.

“We’ve done really well in Elon and that’s why we’re staying there,” Kadoura said. “It was just a perfect location for us.”

All of the equipment and supplies in the 202 W. Haggard Ave. location will be moved over to the 116 N. Williamson Ave. location. Kadoura said once everything is moved in, all that needs to be done are cosmetic renovations to give the space “a Mediterranean feel.”

Kadoura said his restaurant struggled in the former space at 202 W. Haggard Ave. because it was bigger than what he needed. He said the university has been “working hard” with the restaurant to help it stay in the Elon area.

“They did what they could for us to stay,” Kadoura said. “They encouraged us to stay and made it very clear that we’ve been a good addition to the university food-wise and they want us to stay there.”

Kadoura said there’s a lot of diversity in Elon regarding dietary needs. The deli serves salads, spreads, baked goods and sandwiches. Kadoura said having vegetarian and gluten-free options on the menu, which are part of a traditional Mediterranean diet, appeals to customers in Elon. The menu at the new Elon location will remain the same.

The location in Chapel Hill has and will remain open.

“I think we’re going to do even better in the new location,” Kadoura said. “I am really looking forward to it and we’re very excited about it.”

Elon's Vice President for Finance and Administration Janet Williams was not available for an in person interview, but wrote in a statement to Elon News Network that the university has been working with Mediterranean Deli to find a location within Elon.

"Right now, we are exploring the possibility of the restaurant using the North Williamson Avenue space currently occupied by the Acorn Coffee Shop as we also consider relocating the coffee shop to a location on campus, potentially in Belk Library," Williams wrote. "The plans for Mediterranean Deli and the coffee shop relocation continue to take shape, but have not been finalized at this point."