Phoenix loses to Northeastern in four sets in season-ending defeat 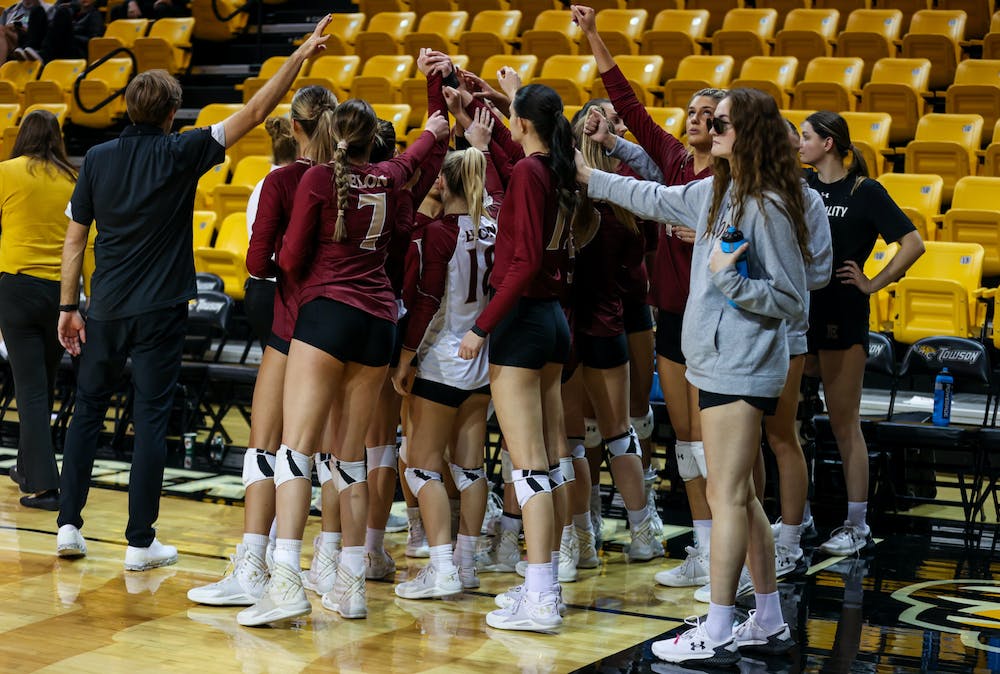 
The Elon University volleyball team huddles prior to its Colonial Athletic Association quarterfinal match against the Northeastern University Huskies on Nov. 17 at SECU Arena. Elon lost in four sets.

TOWSON, Md. – It looked like the Elon University volleyball team was on its way to forcing a fifth set against the Northeastern University Huskies in the quarterfinals of the Colonial Athletic Association Tournament on Thursday.

The 16th kill of the match from sophomore outside hitter Sydney Love had put the Phoenix ahead 24-23 in the fourth. Down 2-1 in sets, Elon was one point away from extending the match to a final set. After Love’s kill, the Huskies took a timeout. Northeastern proceeded to win the final three points out of the timeout to win the fourth and advance to the semifinals.

"We were not playing at a high level today but still managed to give ourselves a chance to take it to a fifth set," head coach Mary Tendler said. "I'm proud of the players for grinding it out and putting themselves in that position."

Northeastern cruised to wins in the first and third sets, but Elon won a tight battle in the second set and came from three points down late in the fourth to take a lead before set point. The Phoenix tied its season-high with 33 attack errors and hit just .092 for the match.

With 15 kills and 10 digs, senior outside hitter Leah Daniel posted her 11th career double-double in her final college match. Daniel finishes her Elon career with 1,619 kills, the most in program history.

"We will miss our five seniors, but at the same time, I am super excited for this program moving forward,” Tendler said.